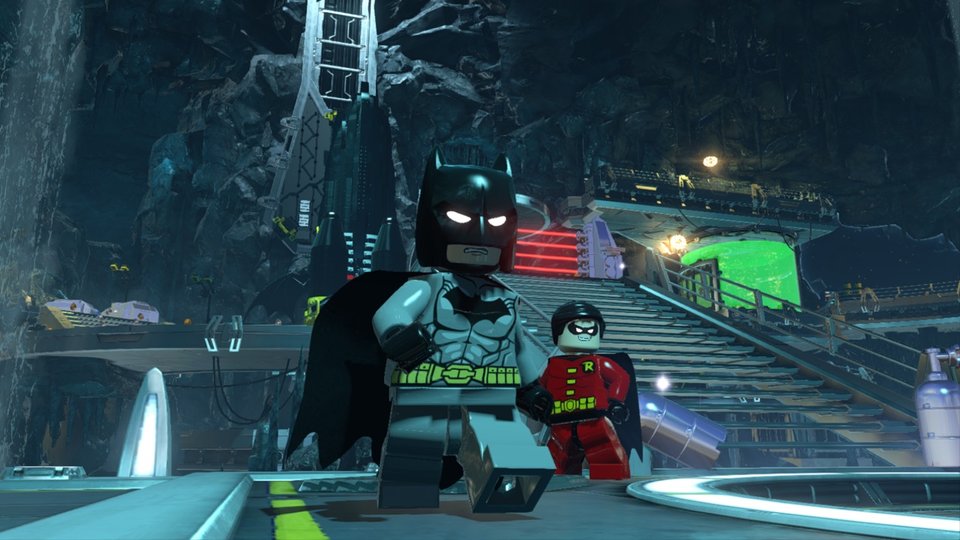 Warner Bros. Interactive Entertainment, TT Games and The LEGO Group are collaborating on the third game in the bestselling LEGO Batman franchise. LEGO Batman 3: Beyond Gotham will launch this fall for Xbox One, Xbox 360, PlayStation 4, PlayStation 3, Wii U, PC, Nintendo 3DS and PS Vita. The game features Batman, Robin, Superman, the Green Lantern and a full cast of super heroes and super villains. And unlike the first two games in the series, the action this time around launches into outer space.

“Building on the incredibly successful LEGO Batman franchise, we are working to make LEGO Batman 3: Beyond Gotham the ultimate super hero videogame this year for all ages,” said Tom Stone, Managing Director, TT Games.  “The TT Games team is bringing LEGO Batman and an astounding amount of characters from the DC Comics universe to the next frontier with a new epic story, more gadgets and unexpected challenges.”

In LEGO Batman 3: Beyond Gotham, the Caped Crusader joins forces with the super heroes of the DC Comics Universe and blasts off to outer space to stop the evil Brainiac from destroying Earth.  Using the power of the Lantern Rings, Brainiac shrinks worlds to add to his twisted collection of miniature cities from across the universe.  Now the greatest super heroes and the most cunning villains must unite and journey to different Lantern Worlds to collect the Lantern Rings and stop Brainiac before it’s too late.

Players will unlock more than 150 unique characters from the DC Comics universe, including members of the Justice League and LEGO big figures such as Killer Croc, Solomon Grundy and many more. Fans of all ages will be able to control their favorite heroes and villains with new gadgets and abilities. Brainiac’s mind controlling abilities and the power of the Lantern rings bring unexpected twists to the classic characters’ personalities.

LEGO Batman 3: Beyond Gotham also will allow players to explore iconic locations such as the Hall of Justice, the Batcave and the Justice League Watchtower.  They will be able to access Batman’s training modules on the Bat Computer and take part in various challenges, battles and races. The game offers the traditional co-op gameplay for parents and kids, brothers and sisters and just about anyone to explore the rich brick worlds together. LEGO Batman 3 also introduces new space shooter action to the mix with an assortment of vehicles, including the Bat Rocket, for a new take on co-op.

LEGO Batman 3: Beyond Gotham is being developed by TT Games and will be published by Warner Bros. Interactive Entertainment. To-date, LEGO video game sales have reached more than 100 million units worldwide. LEGO fans also have LEGO Batman: The Video Game and LEGO Batman 2: DC Super Heroes to keep them busy until the fall.