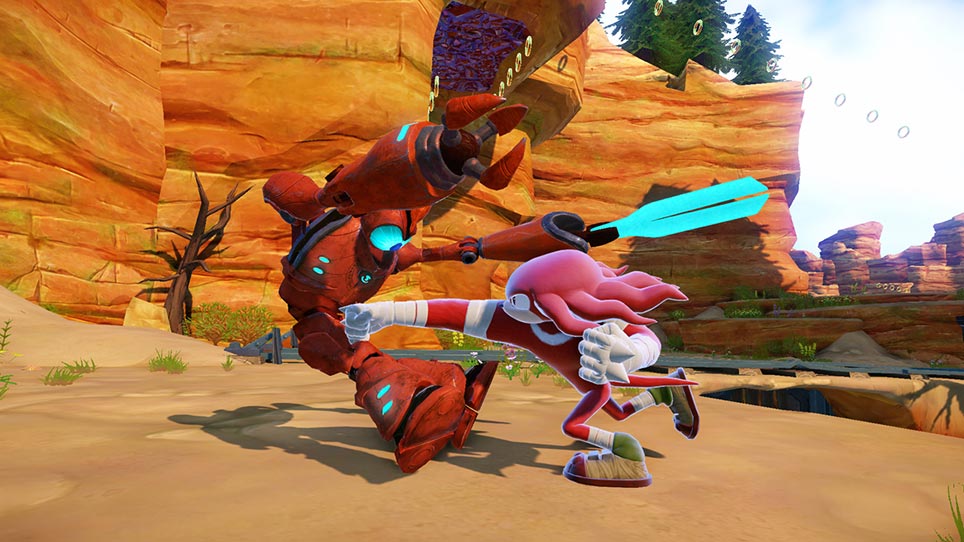 Sega is bringing an old friend back to the forefront at E3 this year with not one but two Sonic the Hedgehog games for the Nintendo 3DS and Wii U respectively. Also on hand at E3 this year for Sega is a survival horror game, Alien: Isolation and the other end of the spectrum with Hatsune Miku: Project DIVA F 2nd, a rhythm based game based around virtual singer Hatsune Miku

Sega is going in all kinds of directions at E3 this year. First up is the survival horror game, Alien: Isolation. This game really is best summed up with “in space, no one can hear you scream” and yes I’m sorry I went that direction but it was bound to happen. The player controls Amanda Ripley inside a space station in lockdown. The Alien monster could be around any corner and that means getting around requires cunning tactics and stealth… and a great deal of courage. The Alien is here, in the shadows, in the vents and the walkways and the slightest noise will bring unwanted attention your way. There will be a new game mode shown on the E3 show floor and the game is expected to be released on October 7th for PC, PS4, PS3, Xbox 360, and Xbox One.

The fastest hedgehog around will be running fast on the E3 show floor in two games, for the Wii U and 3DS. Sonic Boom: Rise of Lyric for the Wii U and Sonic Boom: Shattered Crystal will booth be playable in the Sega booth. The games introduce a new villain to the franchise, Lyric. Lyric is a snake monster from an ancient race, which has a robotic armor-like body and is knowledgeable in most technology an ancient monster shouldn’t know about. The team of Sonic, Tails, Knuckles, Amy, and the newest member Sticks, will have to work together to get the job done and keep Lyric from doing what every maniac wants, world domination. It will be interesting to see how newcomer Sticks interacts with the group and how the new “modified” look of the characters like Sonic being more streamline and Knuckles being very, very muscular will change how fans know the characters.

Sega is covering all bases with E3 this year and that is obvious with them showing Hatsune Miku: Project DIVA F 2nd in their booth. Hatsune Miku: Project DIVA F 2nd features twenty classic songs from the previously Japan-only PSP games making their first debut in the West and twenty brand new songs to the Project DVIA series. he game will feature updated game play mechanics and controls, over 80 brand new and remade fan favorite modules, Cross-Save compatibility, Markerless AR Mode and a revamped edit mode ranking system that showcases the most popular user generated content to provide gamers the best music game experience. The game is expected out this year for the PS3 and Vita. It appears to be a fun time for Sega fans but only time will tell how these games will be seen in the lore of Sega. Everyone is hoping Sonic Boom will not be a Sonic Bomb and be more like the classic Sonics. Only time will tell but it looks like Sega is ready for E3 this year!