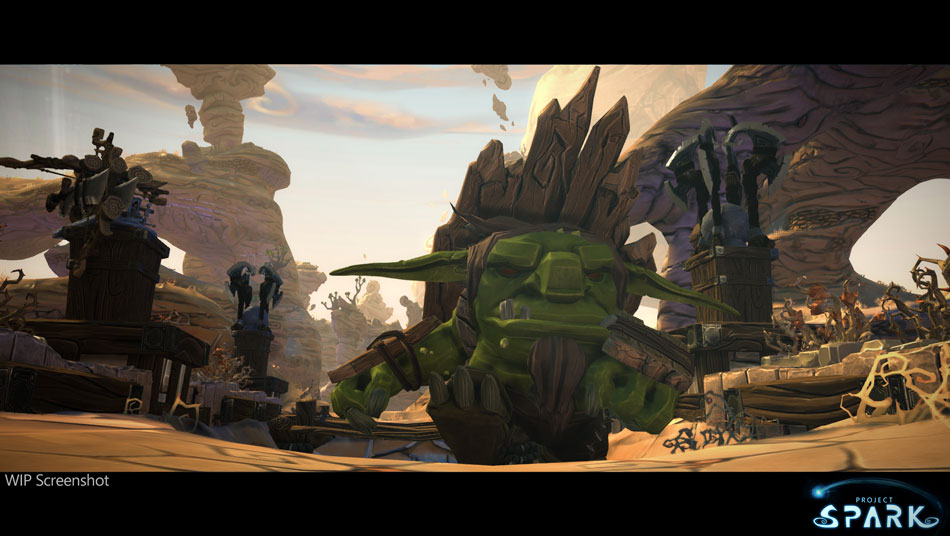 Monday, on the eve of the Electronic Entertainment Expo, Microsoft unveiled the future of gaming on Xbox One through a spectacular lineup of games from the world’s most visionary creators. This holiday season on Xbox One gamers will enjoy the quintessential collection of the most popular game in Xbox history with “Halo: The Master Chief Collection,” as well as highly anticipated exclusives such as “Sunset Overdrive,” “Forza Horizon 2,” “Fable Legends” and “Dance Central Spotlight.”

From start to finish, Microsoft’s annual E3 press briefing featured wall-to-wall games and highlighted the deep passion for gaming that Xbox creators share with their most dedicated fans. Showcasing the power of the cloud and the best multiplayer experience on Xbox Live, Xbox exclusives shared the stage with blockbusters such as “Assassin’s Creed Unity,” “Call of Duty: Advanced Warfare,” “Evolve™” and “Rise of the Tomb Raider,” and independent games such as “INSIDE,” adding to a growing library of games on Xbox One. In addition, beginning today, gamers can choose to buy an all-new Xbox One option for $399. Xbox One with Kinect will continue to be available.

Led by fan feedback, Xbox has delivered new features and updates every month since the launch of Xbox One, setting a new pace for innovation. Only on Xbox One can you instantly switch between your favorite games and entertainment, so you never miss a moment, and easily share your gameplay with others via Upload Studio and Twitch. Xbox Live Gold offers a superior multiplayer experience, with innovative features such as dedicated cloud servers for multiplayer matches, no waiting in lobbies, cloud storage for Game DVR and an advanced reputation system. Since the launch of Xbox One, the Xbox Live community has spent nearly 1.7 billion hours on games and entertainment, an average of five hours per day per console. The introduction of the new Xbox One console option offers more choice than ever before at a great value.

Flanked by some of video gaming’s most celebrated creators, Microsoft unveiled an incredible games lineup, including new iterations of its most popular franchises. 343 Industries lifted the curtain on “Halo: The Master Chief Collection” for Xbox One, which includes the complete story of the Master Chief on one console for the first time ever (“Halo: Combat Evolved Anniversary,” “Halo 2 Anniversary,” “Halo 3” and “Halo 4”), including an entirely remastered version of the iconic classic that revolutionized online console gaming, “Halo 2 Anniversary.” A massive collection that lets you experience “Halo” in an all-new way, at higher visual fidelity running at 60 frames per second (fps) on dedicated servers, “Halo: The Master Chief Collection” features curated campaign and multiplayer playlists across all four games and features more than 100 multiplayer maps — authentic to their original release. In addition, “Halo 2 Anniversary” will include six all-new maps built from the ground up for Xbox One.

343 Industries also announced “Halo: Nightfall,” an original “Halo” live-action digital series that will debut this fall and will be included with “Halo: The Master Chief Collection.” Created in collaboration with Xbox Entertainment Studios, executive producer Ridley Scott and Scott Free, TV President David Zucker, and directed by Sergio Mimica Gezzan (“Battlestar Galactica,” “Pillars of the Earth,” “Heroes”), the series introduces a pivotal new character in “Halo 5: Guardians.” In addition, 343 Industries offered a sneak peek at the “Halo 5: Guardians” Multiplayer Beta, which launches in late 2014 and is included as part of “Halo: The Master Chief Collection.” 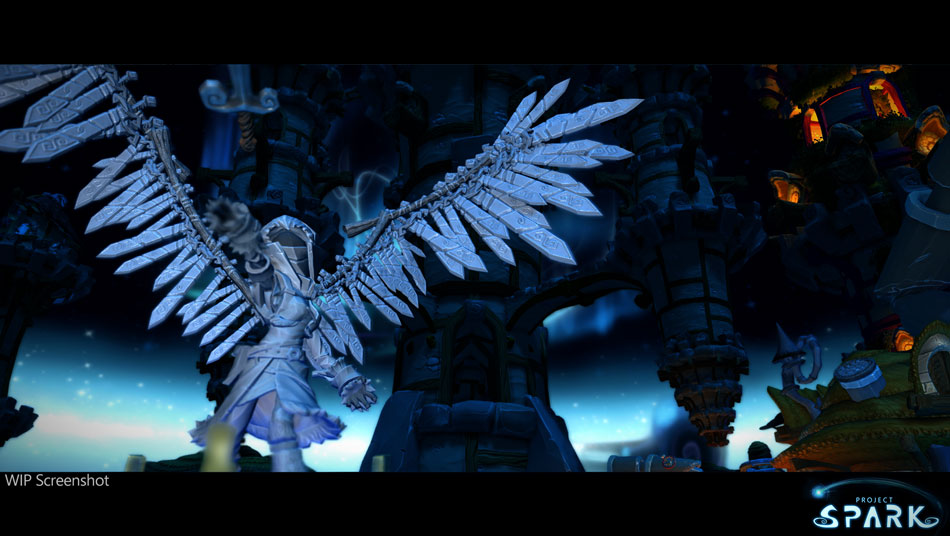 Turn 10 Studios and Playground Games debuted the first gameplay of “Forza Horizon 2,” highlighting its massive, wide-open world featuring dramatic weather and day-to-night cycles, all in beautiful 1080p resolution on Xbox One. In addition, the Nurburgring track for “Forza Motorsport 5” was revealed. The full 16-mile combined circuit has been laser scanned at subcentimeter accuracy was crafted from the ground up. for Xbox One and is available now to all “Forza Motorsport 5” owners for free.

Lionhead Studios invited aspiring heroes (and villains) to embark on a new adventure with the first gameplay of “Fable Legends,” showcasing its stunning Unreal Engine 4 graphics and a brand-new online experience that pits four players against the series’ first-ever playable evil mastermind. The “Fable Legends” multiplayer beta begins in fall 2014. Microsoft also thrilled gamers with the long-awaited return of several popular Xbox franchises, including “Crackdown,” a new iteration of the groundbreaking open-world action series that features a whole new campaign, fully playable in co-op, and uses Xbox Live to power a city that isn’t just an exciting place to play, but is a part of your destructive arsenal. In addition, Microsoft unveiled “Phantom Dust,” a reimagined version of the beloved classic with all-new gameplay and graphics.

Award-winning developer Platinum Games wowed the audience with the first look at “Scalebound,” an action-packed game that lets you battle alongside fearsome dragons and leverages the power of Xbox Live to deliver dynamic and immersive gameplay. Moon Studios invited players to venture on an amazingly beautiful and emotional journey with “Ori and the Blind Forest,” a new title for Xbox One, Xbox 360 and PC that follows a young orphan destined for heroics. In addition, gamers can look forward to sneak peeks of eagerly anticipated new IP such as “Quantum Break” in the coming months, as well as future news around the “Gears of War” franchise from Black Tusk Studios.

Crystal Dynamics took to the stage with the world premiere of “Rise of the Tomb Raider,” coming to the Xbox platform in 2015. In her first adventure, Lara Croft was forged into a true survivor, but she glimpsed a deeper, secret world. In the next chapter of her journey, Lara must use her survival skills and wits, learn to trust new friends, and ultimately accept her destiny as the Tomb Raider. Featuring epic, high-octane action moments, “Rise of the Tomb Raider” will take gamers to multiple locations around the world filled with exploration spaces that are some of the most beautifully hostile places on earth. In addition, after hearing the cry from fans loud and clear, the game will put the tombs back into “Tomb Raider,” all in the franchise’s gritty survival-action style.

Legendary developer Harmonix took to the E3 stage to announce “Dance Central Spotlight,” the newest game in the award-winning Kinect franchise, available exclusively as a digital download on Xbox One this fall. “Dance Central Spotlight” features authentic dance routines, accurate body tracking using Kinect for Xbox One and chart-topping music, with even more variety and player choice than ever before.

Highlighting some of the most anticipated titles coming to the Xbox platform, acclaimed third-party publishers took the stage to showcase their games. Activision kick-started the show with the world premiere of “Call of Duty: Advanced Warfare” and confirmed that all add-on content for the game will debut first, exclusively on Xbox. Electronic Arts and renowned developer BioWare unveiled a new trailer for “Dragon Age: Inquisition” and announced that the first single-player add-on content will arrive first, exclusively on Xbox. 2K and Turtle Rock Studios debuted an all-new playable Monster, Kraken, for “Evolve,” revealing that the open beta this fall and premier downloadable content will both be available first, exclusively on Xbox One. Ubisoft premiered “Assassin’s Creed Unity,” highlighting the franchise’s new four-player online Shared Experience, in addition to an all-new demo of the hotly anticipated 2015 title “Tom Clancy’s The Division.” CD Projekt Red returned to the Xbox stage with another exclusive live gameplay demo of the already award-winning “The Witcher 3: Wild Hunt.”