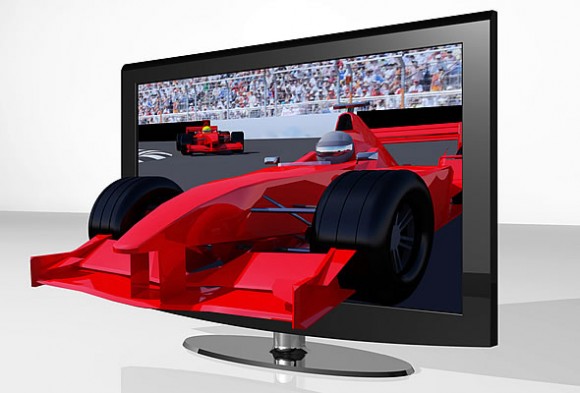 Stream TV Networks first announced it had developed a groundbreaking algorithm, which boosts existing content to deliver heightened resolution to between 1080p and 2160p, at the IFA Trade Show in Berlin in August, and is now ready to show this pioneering glasses-free 3D technology. The Ultra-D 2160p technology integrates a proprietary hardware optical system to a 4K display allowing greater clarity and resolution than ever before. Ultra-D 2160p uses the disparity between images to produce a higher resolution output than the source. This allows for stunning glasses-free 3D without any viewing angles, distortion or other restrictions using the Ultra-D 2160p 4K display. Consumers can use any type of source content and convert it into 3D without glasses–Cable and Satellite TV Channels, Blu-ray, Xbox, iTunes, Apple TV, Google TV, YouTube, Netflix and other feeds.

Based on breakthroughs working on the 4K technology, Stream TV Networks has also made significant advancements in the optical system and SeeCube for their 1080p solution and will be unveiling the final production model at WCES with improved resolution and conversion technology which further enhances the "ultra dimensional" viewing experience. The first Ultra-D enabled televisions from technology partner Hisense (the leading TV brand in China) are expected to hit shelves in Q2 2013. With its sights set on becoming the next step in the evolution of entertainment, Stream TV’s Ultra-D technology has already begun to build a loyal audience in public venues. Ultra-D was showcased around the world during the 2012 Olympic Games, with prototypes at high-traffic sites, including BBC headquarters in London, Blondies Sports on New York’s upper Westside, Walkabout pub in London’s Covent Garden, Belushi’s pubs in Edinburgh, Paris, Prague and Berlin; and in Taipei, Beijing and Shanghai.

The Ultra-D 3D without glasses display technology was selected as an Innovations 2013 Design and Engineering Awards Honoree by The Consumer Electronics Association in the Video Displays product category and will be on display as part of the INNOVATIONS AWARDS SHOWCASE at Mandalay Bay, Level 3, South Seas Ballroom C throughout the show. Stream TV Networks will also feature the Ultra-D technology at the SHOWSTOPPERS @ CES event at the Wynn Las Vegas Hotel, Jan. 8, 6-10 pm, in the LaFite Ballroom.