Senior Editor.  Thomas has been covering gadgets and wearable tech for a variety of companies including Prima Games, Random House, and our very own GamerHub. 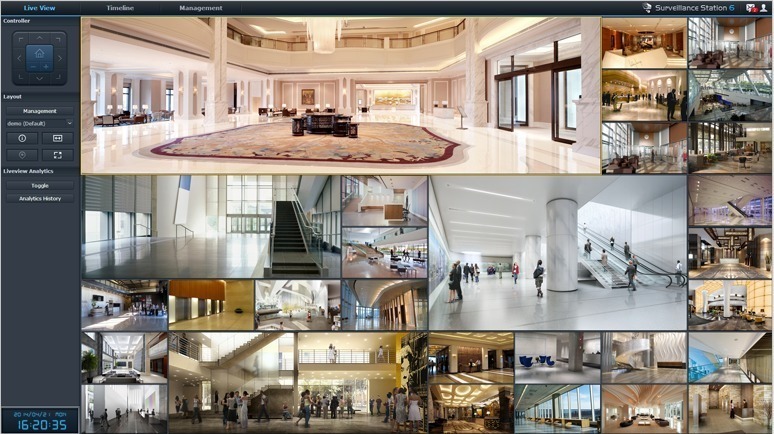 Synology America Corp has launched Surveillance Station 6.3, the winner of the Computex 2014, Best Choice Award in the security category. Surveillance Station was designed to turn any Disk or RackStation into a network video recorder (NVR). Version 6.3 adds advancements in compatibility, failover, and the way video surveillance is accessed for any number of deployments.

Large-scale surveillance in one interface: Onscreen controls have been augmented for joystick usage, and a single display interface can render a 64-channels of Live View or recorded footage; making it easier to monitor multiple targets at the same time.

Record without data loss: Edge Recording is new to 6.3. Now, supported cameras can continue to capture video in the event of a network disruption. Once the connection has been restored, Surveillance Station replaces the missing footage in the timeline, eliminating gaps in coverage.

Support for in-camera de-warping
Support for panoramic, and multi-lens cameras with only a single license needed for multiple channels
Customized layout management for increased flexibility
Support for over 2,700 camera models

Founded in April of 2000, Synology Inc. is a leader in next-generation Network Attached Storage (NAS) servers for the home and small to medium sized business markets. Specializing in both hardware and software for network attached storage devices; Synology products are feature-rich, easy-to-use, energy-efficient, reliable and affordable. All Synology product investments are enhanced with product warranties, free software upgrades and 24/7 online support.

Storage solutions designed to meet a multitude of needs