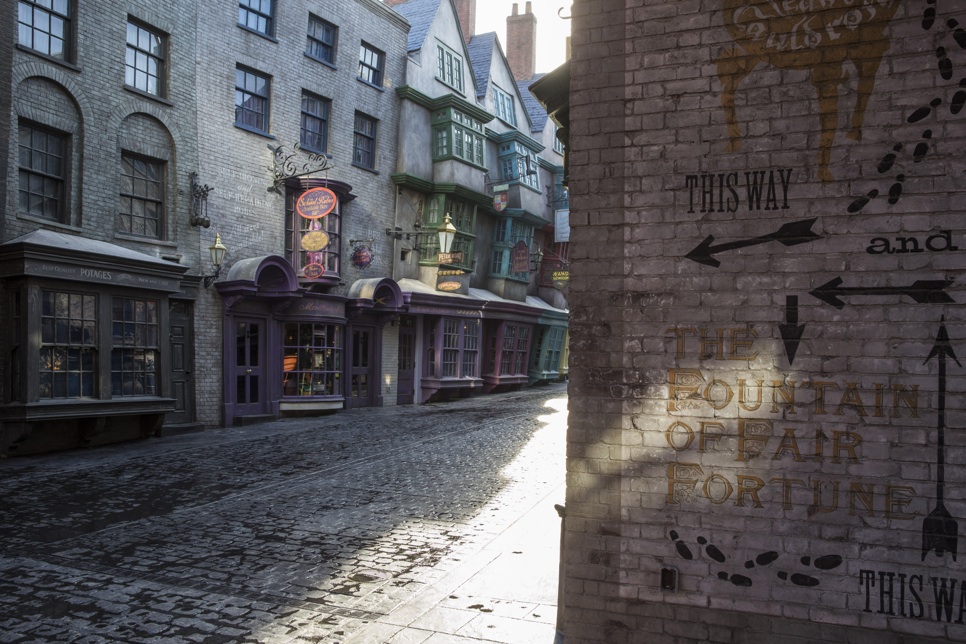 Guests will enjoy new experiences and places found in and around London in the Harry Potter books and films.  They will see the Knight Bus as they stroll through London, walk the streets of Diagon Alley and explore iconic shops like Weasleys’ Wizard Wheezes, dine in the Leaky Cauldron, embark on a thrilling adventure through the Gringotts bank vaults – and much more.

"Bringing The Wizarding World of Harry Potter – Diagon Alley to life has allowed our team to create show content and experiences that will take guests further into the fiction than ever before,” said Michael Aiello, Creative Development Director for Universal Orlando’s Entertainment team. “Nowhere else in the world will guests be able to enjoy these unique experiences – from watching a stage show based on the popular wizarding stories from The Tales of Beedle the Bard to enjoying the music of Celestina Warbeck, a character from the fiction.” 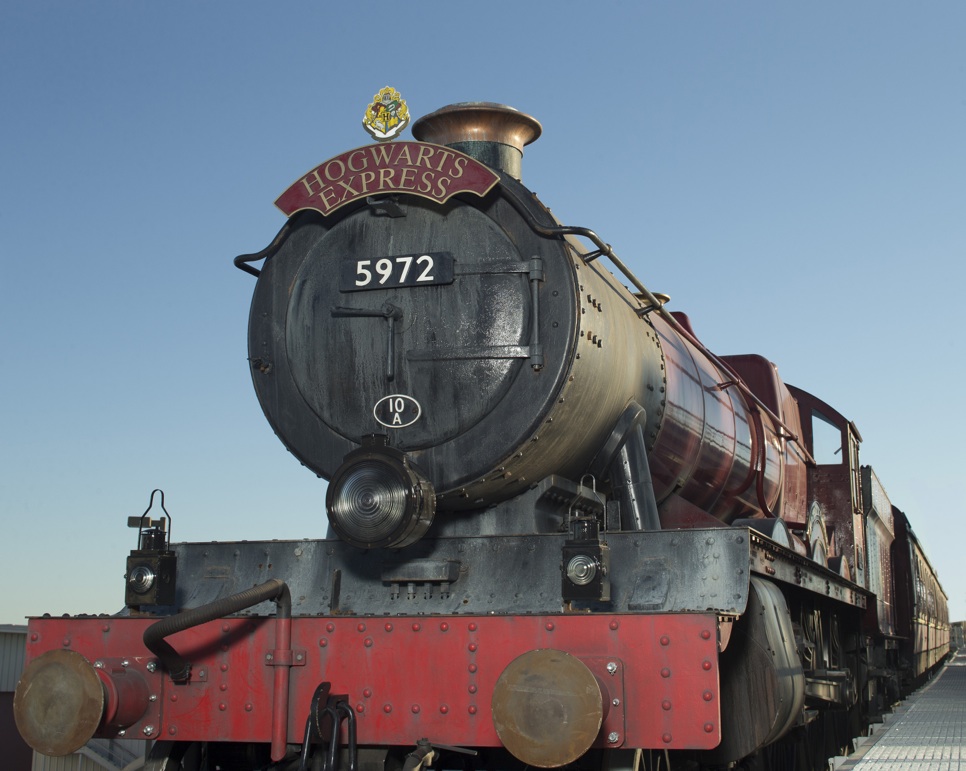 Guests will also be able to board the Hogwarts Express and enjoy a unique journey as they travel between London and Hogsmeade. Imagine wandering up the cobbled street of Diagon Alley, turning into nearby Carkitt Market, and enjoying a live performance by one of the wizarding world’s most popular singing sensations or seeing stories from The Tales of Beedle the Bard come to life right before your eyes.

While exploring the streets of The Wizarding World of Harry Potter – Diagon Alley, guests will be able to enjoy the following shows:

The Tales of Beedle the Bard,a new stage show taking place within Carkitt Market, a covered, outdoor shopping area inspired by London’s famous markets. The show will feature a troupe of four from the Wizarding Academy of Dramatic Arts who have set up to perform a trunk show using stylized scenic pieces, props and puppetry fabricated by Emmy-award-winning designer Michael Curry. Curry is best known as the production designer on projects including the 2010 Winter Olympics opening ceremony and the 2012 Super Bowl halftime show.

The performers will retell two of the famed tales of Beedle the Bard, a 15th-century author of wizarding fairytales. The show will feature “The Fountain of Fair Fortune”, in which three witches and a knight meet in their attempt to reach the Fountain in an enchanted garden, and “The Tale of the Three Brothers” – featured in the seventh film “Harry Potter and the Deathly Hallows – Part 1” – in which three wizard brothers come face to face with Death. 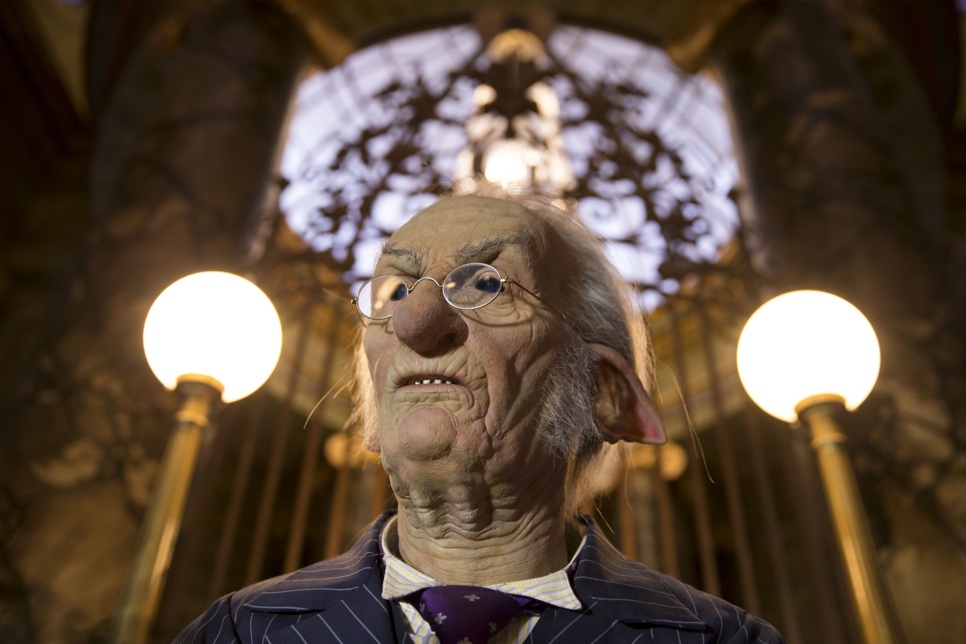 The Singing Sorceress:  Celestina Warbeck and the Banshees, a musical performance featuring the ever-popular singing sensation of the wizarding world, known from the books as Molly Weasley’s favorite singer, who she listens to on the Wizarding Wireless Network. The swinging show will feature never-before heard songs including, “A Cauldron Full Of Hot, Strong Love,” “You Stole My Cauldron But You Can’t Have My Heart” and “You Charmed The Heart Right Out Of Me”. These titles were all created by J.K. Rowling and the lyrics also include never-before-revealed information on Celestina’s wand from Pottermore.

There will also be various interactive opportunities for guests to enjoy while visiting London and Diagon Alley:

The Knight Bus, which provides emergency transport for the stranded witch or wizard in the Harry Potter books and films, is located in the London area of the new land.  Guests will be able to meet and chat to the Knight Bus Conductor, and witness his rapport with the shrunken head hanging from the rear-view mirror. The iconic three-story, purple Knight Bus was inspired by its first appearance in the third film, “Harry Potter and the Prisoner of Azkaban.” 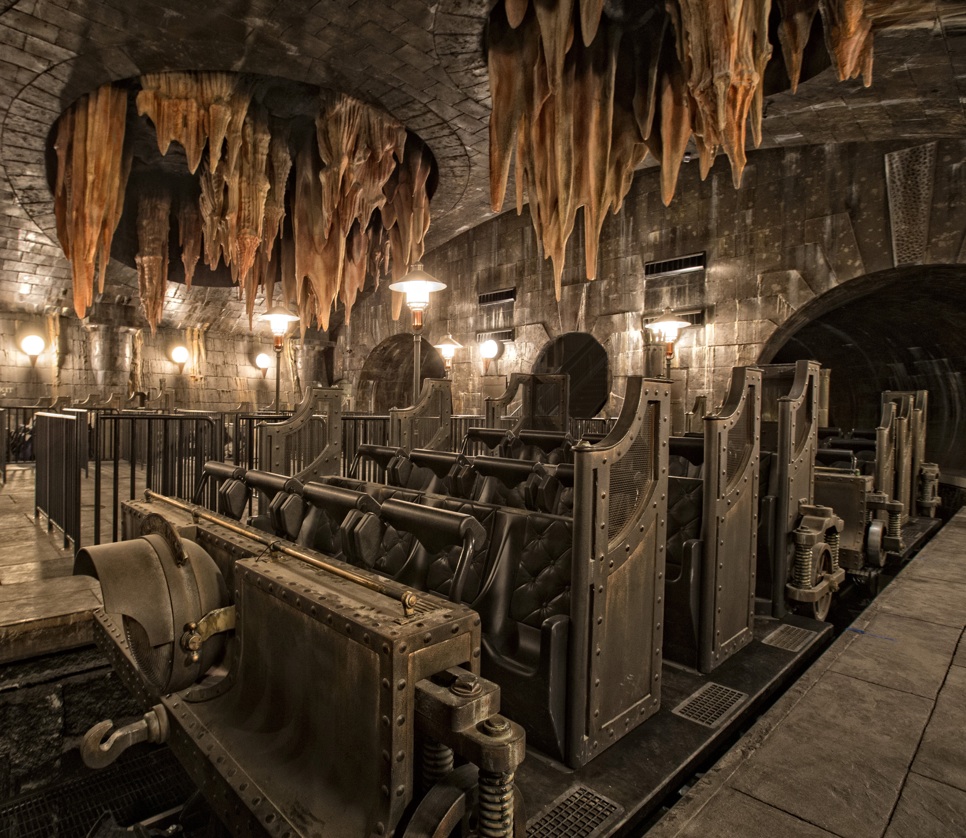 Gringotts Money Exchange, a place where guests will be able to interact with a Gringotts bank goblin and exchange their Muggle currency for Wizarding Bank Notes. These bank notes can be used within both Diagon Alley and Hogsmeade (and throughout the rest of Universal’s two theme parks) to purchase snacks and items from the shops.

Ollivanders: Makers of Fine Wands since 382 BC, one of the wizarding world’s premier wand shops. Visitors to Ollivanders will step into the small, dusty shop and experience “a wand choosing a wizard” firsthand, reminiscent of one of the most iconic scenes from the Harry Potter books and films.  This interactive experience is also available at Ollivanders in Hogsmeade at Universal’s Islands of Adventure.