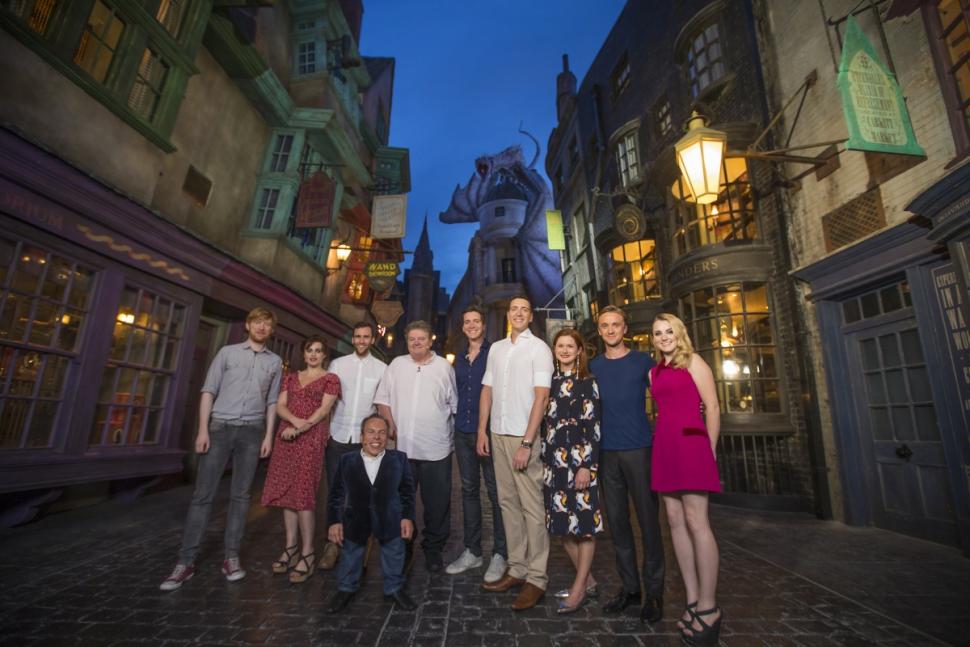 Arriving on a red carpet that stretched from King’s Cross Station to the picturesque London, the cast celebrated the announcement of The Wizarding World of Harry Potter’s grand opening date of July 8, 2014. Robbie Coltrane led event attendees inside the land by ceremoniously tapping the bricks of Diagon Alley – just like Rubeus Hagrid did in the Harry Potter books and films.

The Wizarding World of Harry Potter – Diagon Alley will bring even more of Harry Potter’s adventures to life. The new area will double the size of the sweeping land already found at Universal Orlando, expanding the spectacularly themed environment across both Universal Studios and Islands of Adventure. Guests will pass through London and the iconic brick wall archway into Diagon Alley – a bustling, wizarding hub within a Muggle city. Inside the land, guests will enjoy themed shops, dining experiences and the groundbreaking thrill ride – Harry Potter and the Escape from Gringotts.

"It's completely impressive once you go in,” said Lewis. “There's nothing to break that illusion. You are in it from the moment you're in there until the moment you leave," 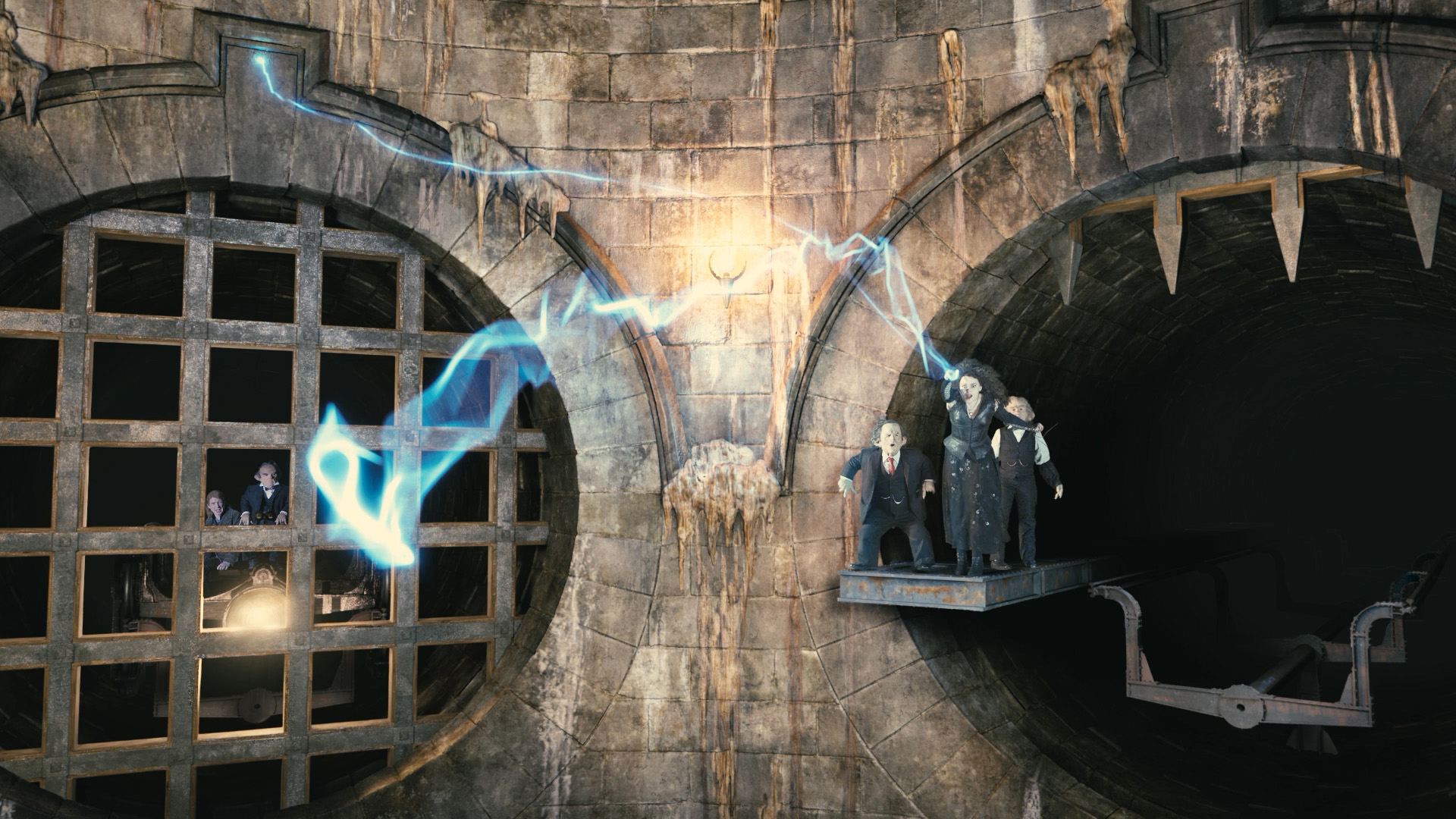 Felton said “Diagon Alley is far more immersive than the sets he and other cast members inhabited during the filming of the seven movies because there's no scaffolding, no green screen, and no electricians standing around."

Bonham Carter, who attended with her two boys and Tim Burton, said from her very first scene in the Harry Potter films, she was surrounded by green as far as the eye can see. With Diagon Alley, she was able to explore the world of J.K. Rowling like never before.

Bonham Carter and Ralph Fiennes reprised their roles from the film for the new 3D ride, Harry Potter and the Escape from Gringotts. The new attraction uses 4K screens to blend real sets with filmed sequences and special effects as a cart with 360-degree rotation brings guests through the mines below Gringotts.

Longbottom, who plays a starring role in the Gringotts ride, loved returning to this world. “I wasn’t in the movies very much, so it was great to be a featured character in this ride. It’s an amazing experience.”

Also back for more Harry Potter adventures were the Phelps twins and Coltrane, who appear in the film footage incorporated in the Hogwarts Express train ride. That attraction connects the two Wizarding World of Harry Potter parks together with one-way service to Hogsmeade and Diagon Alley. Guests will experience a different adventure on board the train each direction.

Before these new high-tech rides, actors like the Phelps only had the Harry Potter video games from Electronic Arts to relive their movie experiences.

“Not many people can say they’re in a video game, so that was pretty cool,” said Oliver Phelps. “Growing up when we were playing computer games, you could try and make your own character that looks like you. But you’d always end up doing and it and it looked nothing like yourself. When you see the professionals do it with all the technology they use, it’s superb and it looks really cool.”

The actors last portrayed their characters in EA’s Harry Potter and the Deathly Hallows video game for Kinect. Oliver Phelps said that game was like none of the other Potter games before it.

“It’s a third person action game and it’s pretty much Harry outside of Hogwart’s, so he’s not protected by all the teachers looking after him; there is that chance that you could be attacked by the Death Eaters and the Snatchers,” said James Phelps. “What’s really cool is that Oliver and I showed off the Kinect technology at a game convention, which was something completely different and that was really fun to do.”

The Phelps said there was a lot of down time to play video games on set while making the seven feature films. And there was always time for pranks.

“I won’t say who, but a certain cast member fell asleep right next to the TV that had Battlefield 2 connected to it,” said James Phelps. “So we turned the volume to 100 percent, pulled out the automatic machine gun and started firing. You’ve never seen someone rise vertically like that before, but that was certainly fun to do.  All those shoot em’ ups are fun to play, as well, because we kind of had them all linked up on a system link so we could all go in our individual trailers and everyone play against one another. It was a lot of fun.”

When it comes to the new Diagon Alley, Phelps added, “You do think that you're back in the UK. When the train comes in to King’s Cross Station it is exactly like if you got the train into King’s Cross. What you see and all that stuff, the attention to detail is just out of this world.”