The Stranger Returns On Mobile Devices 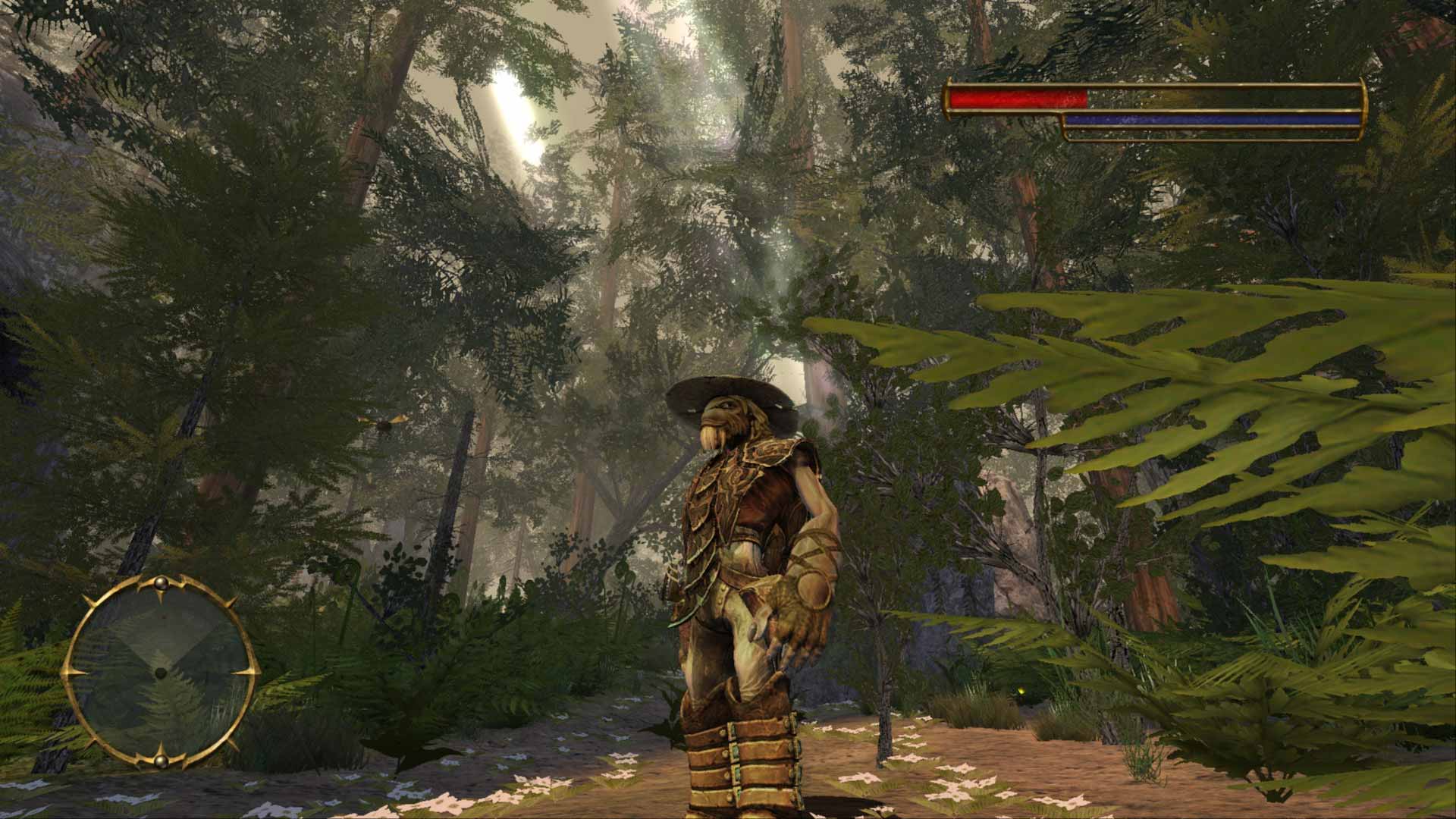 Oddworld Inhabitants is working on Oddworld New N Tasty for PlayStation 4. But the studio is also collaborating with Square One Games to bring back its classic Xbox game, Oddworld: Stranger’s Wrath, to mobile devices. The classic shooter with a very Oddworld take on the Western genre has been completely overhauled for new portable devices like the Nvidia Shield, which are more powerful than the Xbox was in its prime. Roger Freddi, CEO of Square One Games, explains why this game has stood the test of time in this exclusive interview.

How have you worked with Oddworld Inhabitants on this game?

We've worked very closely with Oddworld Inhabitants and Just Add Water Developments on various aspects of the game, including the mobile transition of the game's user interface and in game controls. Oddworld Inhabitants has always been committed to the highest standards of quality and their continuous feedback has helped us create what we believe will be a groundbreaking experience for first person shooters on mobile.

How have you been able to enhance this mobile game further than when Stranger's Wrath appeared on Xbox?

The game has been enhanced graphically on mobile running at resolutions as high as 2560x1600, compared to the original 640x480 resolution on Xbox. Furthermore, on just a simple resolution enhancement, certain key assets have also been up-rezzed to maximize the crispness on higher resolution displays. We've also spent a considerable amount of time developing and fine-tuning a hybrid control scheme that utilizes both the gyroscope and touchscreen for aiming in first person mode. In our own play tests with people who have played both the console and mobile versions, we've found that many players find it easier to aim using the hybrid mobile scheme.

What do you feel it is about Stranger that has stood the test of time?

The Xbox was very much a next gen console in its time, however few titles truly exploited it. Most Xbox titles were generally ports from other platforms of that generation. Stranger was an Xbox exclusive, designed from the ground up to be a showpiece of the platform's next generation graphical and processing features. Beyond that, its classic gameplay both as a first-person shooter (FPS) and as a 3D platformer are truly timeless and still rival even most current offerings.

The unforgettable personality of the Oddworld universe is timeless. We're honored to be able to bring it to mobile so that both returning and new players can appreciate some true Hollywood artistry on their mobile devices.

What are the challenges of bringing a shooter to mobile devices?

The main challenge definitely lies in designing a touch-based control scheme that makes the game playable and accessible without loss of functionality. With the original game using two analog sticks as well as ten buttons, many aspects of the control scheme needed to be considered to ensure a minimal context sensitive interface be displayed to the player. In terms of playability, analog aiming mechanics designed around the mobile paradigm were important to ensure the FPS mechanics weren't to be a source of frustration for users.

The gameplay experience on Nvidia Shield is largely unchanged from Stranger's console counterpart. However, as a handheld, we were able to leverage the device's gyroscope to provide users with an additional level of aim precision on top of the existing right analog stick aiming controls.

We've worked with Nvidia in large part in the realm of Nvidia device compatibility and specific targeting like optimization for Nvidia chipsets. Tegra technology ensures a smooth frame rate throughout the game's many heavy graphical 3D scenes.

With the advances on mobile hardware, it seems that the barrier between mobile and home gaming is getting smaller and smaller. We are truly excited to be able to bring what would have been considered "high end" home experiences to users' pockets.

We feel Oddworld: Stranger's Wrath truly pushes things forward on two fronts. From a controls standpoint, we feel it has succeeded in encapsulating highly complex control mechanics into very simple and accessible mobile mechanics without stripping the game of its functionality. From a graphics standpoint, the game fully utilizes every CPU and GPU cycle and feature to render some of the most complex and beautiful real time 3D graphics seen on mobile devices (in production) to date.

How do you see mobile gaming evolving moving forward?

That is a million dollar question. However, there does seem to be a clear dichotomy forming between the heavy volume free-to-play games and the premium high end applications. We hope to see more core gamers embrace mobile gaming as it begins to offer experiences comparable to home PC/console experiences.

Tegra K1 is another huge leap in terms of mobile graphical computation performance. Its predecessor, the Tegra 4, was quite a powerhouse but the K1 pushes the envelope allowing for very fluid animation of complex 3D applications at higher resolutions, while not compromising on power consumption. The K1 also brings OpenGL ES 3.1 support to developers allowing for more advanced rendering techniques to be used.