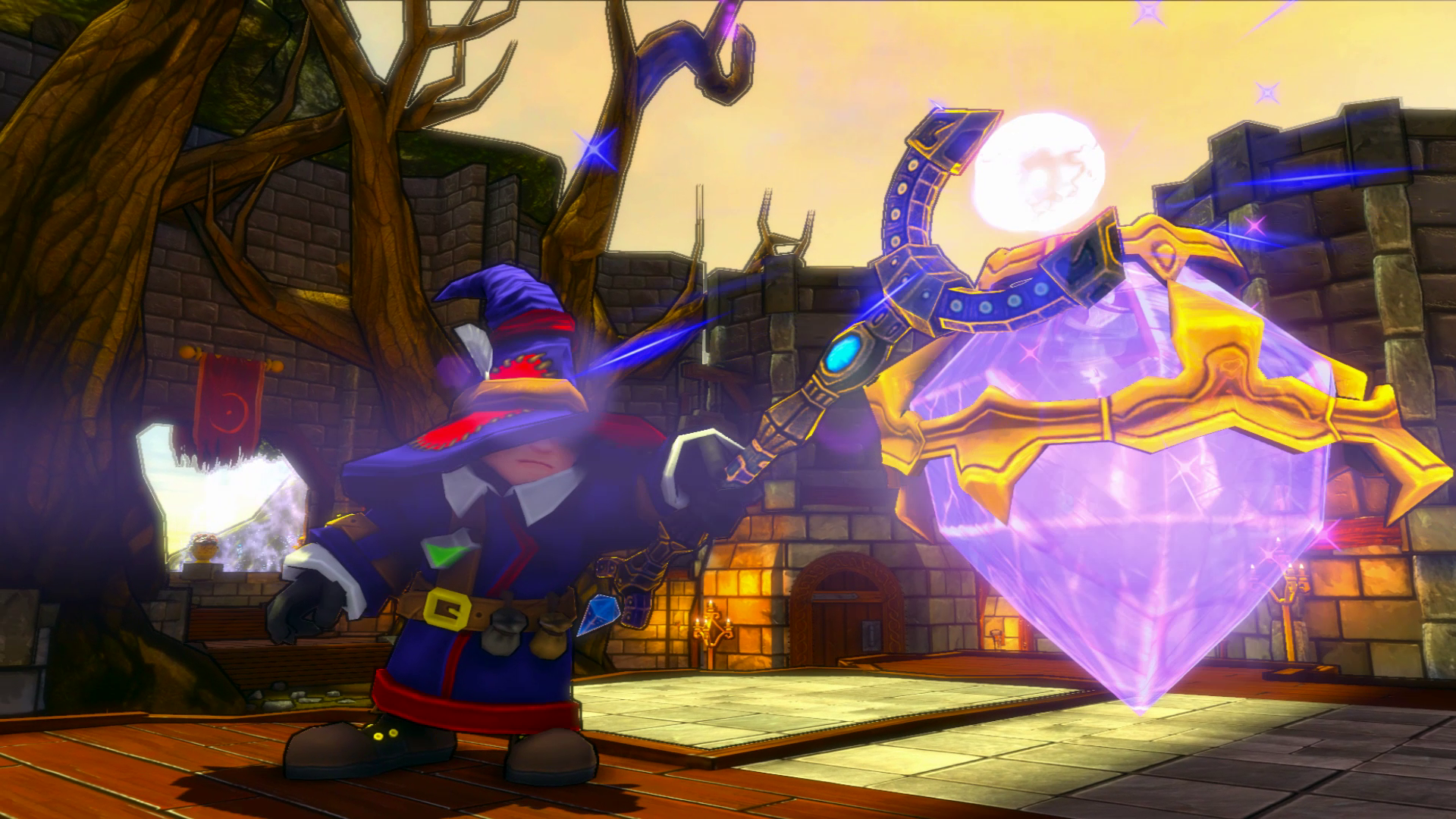 Trendy Entertainment has been a pioneer in bringing console-quality gameplay to smartphones and tablets. The developer has a brand new cross-platform experience, Dungeon Defenders Eternity, which takes advantage of new mobile technology like Nvidia Tegra K1 and Android TV. Darrell Rodriguez, CEO of Trendy Entertainment, talks about this new RPG experience in this exclusive interview.

What were your goals heading into Dungeon Defenders Eternity?

Our four heroes’ parents have left the castle to fight in a battle. While their parents are gone, our heroes accidentally unleash an ancient evil in the castle that they have to fight back before their parents return. The storyline of Eternity mostly overlaps the original Dungeon Defenders and its expansions, but it does have one mission set after the original game which kicks off the story for Dungeon Defenders II.

The most interesting thing about Dungeon Defenders tablet and smartphone experience is that it’s completely cross-platform with the PC version. Our new playverse platform enables you to continue playing with your heroes on the go and plug in a controller to have an identical experience to the PC version. You can even play with your friends that are playing on PC online.

Dungeon Defenders Eternity brings the ability to keep playing with your heroes, no matter where you are, and to play with your friends regardless of what device they are on.

It’s really exciting to finally be able to release a game for core gamers that is so close to the PC version. To have an experience where players can’t tell who is playing on what device online, and that they can play as their heroes wherever they are.

This is really our first test run of the playverse technology that supports a fully cross-platform experience. We’re excited to see how fans respond to the ability to play anywhere with anyone, and are excited to continue to develop the technology for Dungeon Defenders II and other games created by partners in the future.

Nvidia has been a very close partner to us since we released the original Dungeon Defenders on mobile in 2010. The landscape has changed drastically since. Back then we were simply not able to create the kind of game on mobile we wanted to on PC and console, and dropped support of those versions. Finally, with the power of mobile devices and the prevalence of mobile controllers, we’re able to create a satisfying Dungeon Defenders experience that is truly cross platform.

Since the beginning they have provided us with mobile technology and partners to get Dungeon Defenders off the ground. Their continued support, especially with access to the Shield and K1 devices, are part of what made Dungeon Defenders Eternity so compelling to make.

How does your game make use of the latest Tegra K1 technology?

The Tegra K1 version of the game is the closest version of the game to the PC version. The K1 supports improved post processing--which allows us to do depth based effects such as the well known Dungeon Defenders outline effect or improved bloom--as well as support other features like dynamic shadows.

This allows PC players to have a mobile platform where, with a controller, they can truly get the PC experience on the go.

There are a lot less challenges today than when we originally developed Dungeon Defenders. The main challenge for us was finding a way to test and get feedback on the mobile version of the game before releasing it wide. With the way the app store works, there’s hasn't been a great way to release and get feedback from unfinished products like on PC.

Nvidia was the perfect partner for this. They provided us the opportunity to launch the mobile game early directly to a market of core gamers with a high prevalence of controller support. While we get feedback from the game from this group we’ll be able to work on the touch controls until we’re ready to launch the game to more Android users.

It’s the best mobile graphics on the market now. We’re incredibly excited to have the opportunity to launch Dungeon Defenders Eternity on it.

We really see it as the start of the opportunity to create truly cross-platform experiences for core gamers.

How do you see Android TV opening up new opportunities for game developers?

We think Android TV only furthers the opportunity to create true cross platform technology. The best part for us is increasing the prevalence of controllers for Android and the use of Android on TV which increases the audience for developers to create core game experiences on Android.

What are your thoughts on the Nvidia Shield?

We love the Shield. Once again we think it’s a great device for core gamers who want to play the games they enjoy on the go. Furthermore, with Android TV, the Tegra K1, and a bunch of other awesome tech on the horizon we see even more core games being developed for Android.