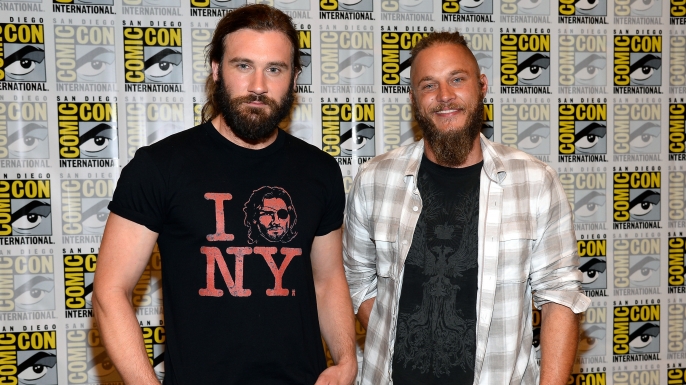 “On the Set with VIKINGS”: Thursday, July 24 – Saturday, July 26. Location: 450 2nd Avenue
Cast Autograph Signing on Friday, July 25 from 1 – 2 p.m. at 450 2nd Avenue
Fans will get a behind-the-scenes look at VIKINGS and have a starring role in their own custom video that can be shared on social media. From the moment fans enter the “back-lot” they will be treated as cast members. Upon entering, guests will create a character profile and choose a weapon of choice. Next, they will meet with hair and make-up artists to become transformed into a fierce Viking and be placed into three scenes complete with Vikings ships, battles, axes and villages. When fans have completed the experience they will have a :30 video to share via Twitter, Facebook or Vine.

VIKINGS Comic Book – Creator & Story by Michael Hirst, Written by Joe Brusha & Ralph Tedesco, Artwork by Giuliano Piccinnino with Cover Art by Anthony Spray
Custom, limited edition VIKINGS comic book will be given to select fans who visit the “On the Set” activation on 450 2nd Avenue. In this exclusive comic book for SDCC, the character Floki entertains the Vikings with a humorous tale of Thor, Loki and other gods.