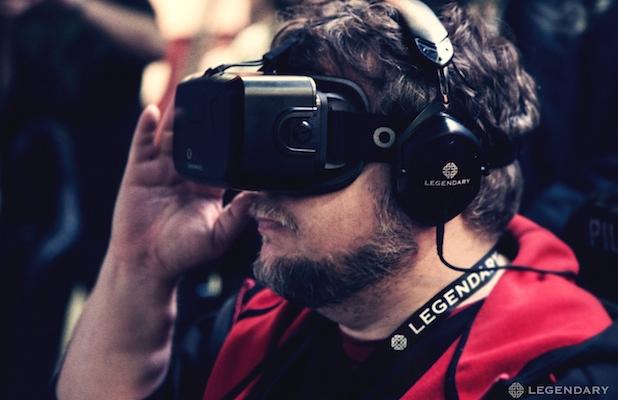 SAN DIEGO -- It’s amazing what the publicity from Facebook purchasing Oculus Rift has done for Hollywood getting in on the virtual reality craze. Oculus VR has been around for multiple years at video game shows like Game Developers Conference, E3 and Gamescom. But it’s big coming out party occurred at San Diego Comic Con this year, where studios like 20th Century Fox, New Line Cinema, HBO and Legendary used the new virtual reality goggles to transport fans into their favorite movie and TV experiences. When he spent $2 billion on Oculus, Facebook founder Mark Zuckerberg said the VR device opened up more opportunities than just gaming. And Hollywood certainly proved that in San Diego.

Legendary Pictures CEO Thomas Tull was an early investor in Oculus VR. His company has been working with the technology for multiple years. And the first creation was playable at the Legendary booth inside the San Diego Convention Center. The “Pacific Rim: Jaeger Pilot” experience let attendees sit down in one of three customized chairs. Once the goggles and headphones were on, fans were transported into Guillermo del Toro’s world. They entered into the head of a towering Jaeger to help Raleigh Becket (voiced by actor Charlie Hunnam) take the towering robot into battle against a Kaiju. The three-minute experience doesn’t include actual interactivity, yet, just the ability to look around at any angle and see the movie world come to life. But with “Pacific Rim 2” due out in 2017, there’s plenty of time to develop a full game. Del Toro, who tried out the VR experience at Comic Con, said he’d love to see a full-on game experience.

Just down the hall from Legendary was the 20th Century Fox Home Entertainment booth, where fans were able to do what only Professor Xavier has been able to do in the films (and comics and TV shows) – use Cerebro technology to detect and hunt mutants. Using the Oculus Rift headset and sitting in a replica of Professor X's wheelchair, attendees were able to simulate the Cerebro technology in order to track and hunt the shape shifter Mystique. The 3-minute, 360-degree  experience, which was recorded using GoPro cameras for sharing through social media, brought the entire Cerebro experience to life no matter where one looked. The virtual reality experience was part of an effort by Fox to promote the Oct. 14 Blu-ray releases of the “X-Men” films. In addition to the upcoming release of “X-Men: Days of Future Past,” Fox sold pre-orders of the limited edition “X-Men: The Cerebro Collection” on Blu-ray, which included “X-Men,” “X2,” “X-Men: The Last Stand” and “X-Men: First Class” on Blu-ray packaged in a replica of Professor X’s Cerebro helmet. Only 1,000 are being made. 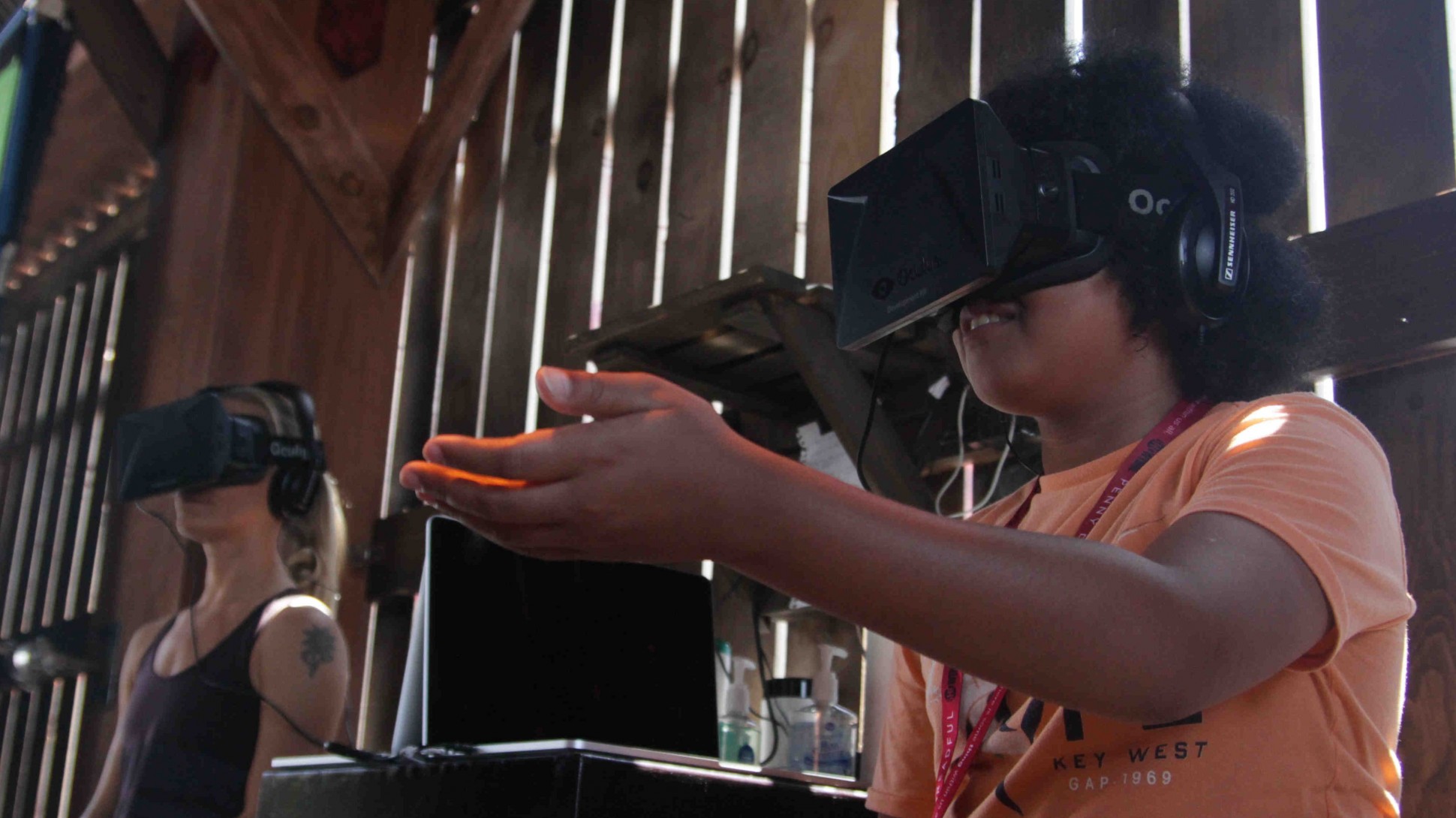 Fox Television had a cool set-up outside for its hit show, “Sleepy Hollow.” In the PetCo Park parking lot, Fox erected a large red Sleepy Hollow barn, complete with trees and a Welcome to Sleepy Hollow sign. Inside the barn, two Oculus Rift kits transported fans into the world of the show, which offers a new take on the legend of Ichabod Crane and the headless horseman. Once fans put on the headset and headphones, they were immersed in the creepy woods of Sleepy Hollow at night. Ichabod Crane (played by Tom Mison), warns you that the headless horseman is on his way. But with nowhere to hide, the experience ends with you losing your head. Inside the barn, fans were also photographed digitally and then given a sliced-head photo to remember the experience.

Until now, people had to venture to a Universal Studios resort in Los Angeles or Orlando to experience what it’s like to be immersed in a tornado at the “Twister” attraction, which is based on the Warner Bros. movie. Now New Line Cinema has a brand new tornado film, Into the Storm, which opens Aug. 8. Along with several cast members attending a panel for the film, fans were able to live through a VR “Into the Storm.” The sequence is pulled straight from the film, which stars Richard Armitage and Sarah Wayne Callies, and follows a single day in the town of Silverton as it’s ravaged by tornadoes. The booth captures fan’s reactions and allowed them to share it on Facebook, Tumblr, Twitter and YouTube.

HBO, which embraced “League of Legends” gamers to promote the fourth season of “Game of Thrones,” brought its Ascend the Wall interactive experience to Comic Con. Fans who visited the Game of Thrones: The Exhibition experience and celebrities and VIPs who checked out the Wired Café at the Omni, were able to strap into a rickety winch elevator, don a VR headset and headphones, and ascend a giant cliff at the icy northern border of the seven kingdoms. The two-minute ride seems like it takes forever, especially if you look down and see how high up you are. The constant noise of the wind howling and of the creaking elevator add to the intensity, which really ramps up once the three horns sound the arrival of the White Walkers and the elevator starts back down at a quicker pace.

Considering that Oculus Rift isn’t even out yet commercially, and isn’t expected to hit store shelves until late 2015 at the earliest; it’s amazing how quickly the technology has been utilized by Hollywood. Creating experiences in VR isn’t a quick programming endeavor. It takes a lot of time and focus to build even short experiences, in some cases using video game technology like Epic Games’ Unreal Engine 4. But if these early prototypes are any indication, the future looks bright for Comic Con, theme parks and other big events for fans who want to live through their favorite TV and movie experiences.