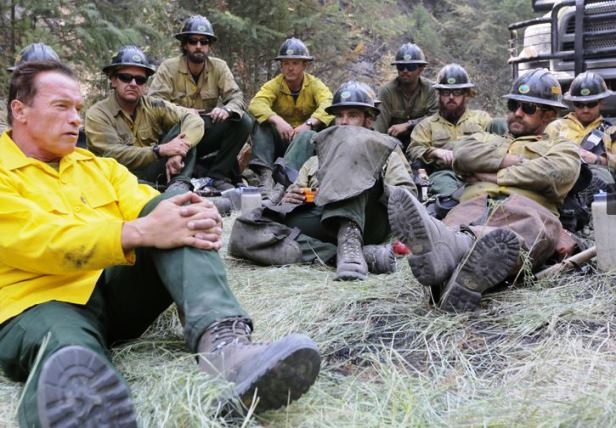 With two Emmy nominations and a star-studded cast of embedded reporters, the independently produced “Years of Living Dangerously” TV series has helped get the message of climate change into the conversations of viewers, including the younger generations. The series employed popular actors like Jessica Alba, Olivia Munn, America Ferrera, Matt Damon and Harrison Ford to explore how climate change is impacting people around the world today.

Joel Bach, who executive produced the series along with David Gelber, embraced social media and the latest technology to get the message out. The Years website offers calls to action for people interested in making a difference, and there’s even a section dedicated to educators who want to teach students about climate change. The producers cast the series by choosing celebrities that were interested in saving the planet, and also had strong social media fan bases like Arnold Schwarzenegger and Ian Somerhalder. In addition to having the first season air on Showtime, all nine episodes will be coming to DVD and iTunes and Amazon.

“We’ve received Facebook fan postings saying they had no idea this stuff was happening and they’re going to make changes in their life,” said Bach. “We’ve had some screenings in Washington where members of Congress came and said they had felt defeated on the issue and this show put the fire back in their belly. We got a ton of press on this show at launch. But the full impact of the project hasn’t been felt yet. Once we’re on iTunes and Amazon and DVD we’ll be accessible to a lot more people. And we hope we get a second season because this is the type of story that needs to be told over and over.”

With plenty of stories to support a second season, Bach and Gelber are asking people to submit story ideas through their website that could be incorporated into the show.

“The plan is if we get good stories from people, there’s the real possibility we’ll have one of these big celebrity journalists come tell your story,” said Bach. “Matt Damon may come to your home to tell your story.”

The producers are also interested in producing a video game to spread the message to a broader audience.

“We actually have a climate video game that we are hoping to put out at some point,” said Bach. “I think such a game would be an incredibly powerful tool for engaging people of all ages on the issue. It's a bit complicated, and far from being ready, but it's basically a massively multiplayer online game, where you can be either a good guy trying to save the world or a bad guy trying to destroy it.”

No one should second-guess the potential of this series, given that these two producers left the safety net of “60 Minutes” to raise $1 million on their own to fund the first season. That experience with the popular CBS news show helped differentiate “Years” from anything else out there.

“One big decision, which I think paid off, was interweaving the storylines like you would do on a show like ‘Game of Thrones,’” said Bach. “It was something we tried to make work for months, without success, and then we finally figured it out. I think it creates constant suspense and gives people a reason to keep watching because, just like in a scripted dramatic narrative, the plot lines are never fully resolved, leaving the viewer unsure as to how everything will work out.”

The producers also shot all interviews as conversations -- and “in situ” -- so that conversations played out naturally and so that the show didn't feel like some doc full of talking heads. Instead, they wanted to have their celebs appear more like the kind of investigators you see on cop shows, where they go all over the place and talk to as many people as possible to understand what the hell is going on.

“We shot 'POV sequences' which are used a lot in scripted TV and film, but rarely in docs, that showed the viewer what the character was seeing, the goal being to place the viewer inside the heads of our celebs,” said Bach. “The narration was written to achieve the same affect too.”

“We did heavy-duty color correction and made sure that each story had its own look, so that when we intercut between them there was no confusion as to where the viewer was,” said Gelber. “We did the same with music, creating a unique sound for each story.”

The end result is a series that’s unlike any environmental documentary you’ve ever seen. And it could be a very different MMO experience, if momentum continues to build for the series.

Check out what this month's Loot Crate is all about!