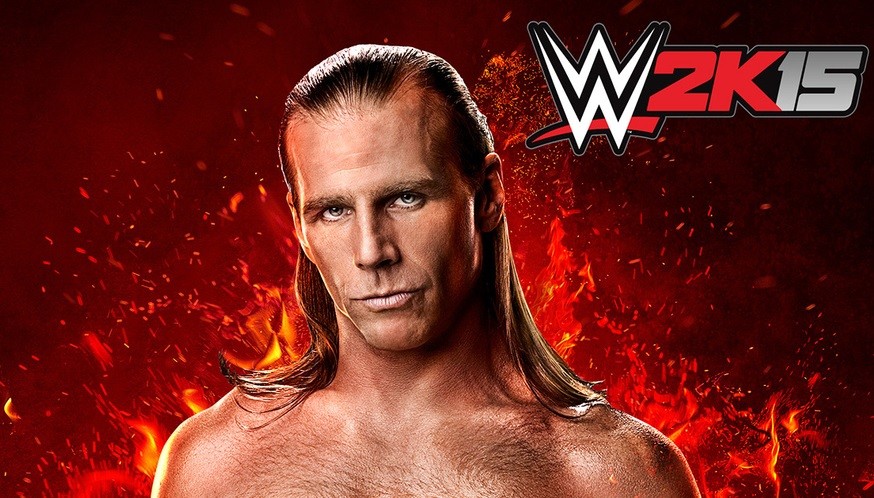 2K Sports has revealed a new 2K Showcase campaing mode for its upcoming WWE 2K15 video game. The mode, which replaces the 30 Years of WrestleMania mode from the current game, focuses on two of the bitter rivalries in WWE history. The mode features the battles between WWE Hall of Famer Shawn Michaels and Paul “Triple H” Levesque from 2002 to 2004 and those between WWE 2K15 cover athlete John Cena and retired WWE Superstar Philip “CM Punk” Brook from 2011 to 2013. There will be 33 matches spread across these two rivalries, which will unlock new WWE Superstars, Championship titles and alternate attire that can be used in all other WWE 2K15 game modes.

The Heartbreak Kid, who retired from the WWE four years ago but still participates in fan events like WWE SummerSlam, talks about his return to the virtual ring with 2K Sports in this interview.

Shawn Michaels: It’s an honor for me. I retired four years ago. I’m a Hall of Famer. It’s been great to be four years removed and be a major part of WWE 2K15’s rivalry. It’s really exciting for me. It was an amazing return from a four year absence since 2002. To have it all chronicled in a video game is nothing short of pretty cool for a guy who hasn’t been wrestling for awhile. One of the things I always enjoy about the video games are the fantasy match-ups that you never got to see, but can come to life in WWE 2K15. Sting is brand new to the WWE as a whole, and I never got a chance to wrestle him. And that is something that can come true in the video game. Roman Reigns, Bizarro, these are all young stars that can now wrestle legends in the game.

What are your thoughts on what 2K can do with wrestling games today?

Michaels: As much as a try to keep up with the advances, it’s amazing what 2K can do. The graphics and realism is amazing. 2K came all the way to Texas to make it easy on me. I don’t think I’ve ever been in front of more cameras at one time. I’ve never seen a set-up like that. I don’t claim to be all-knowing about games. They captured every wrinkle in my face, which may not be great. The graphics have got to be amazing in this game because the set-up was fantastic when I did this.

What are your thoughts on the amount of costumes this 2K Showcase will chronicle from your career?

Michaels: One thing is for sure, I probably looked the best in front of a WWE camera. When I came back (at that time), I slowly went back to the traditional HBK attire. The game has all the different costumes and different wardrobe. It’s going to be fun for people. It certainly won’t be a stale, static character. If nothing else, I tried to evolve and be different all the time (during my career). That makes it even more exciting for folks playing the game.

What was it like going up against Triple H during this rivalry?

Michaels: I couldn’t have done it with anybody better. Triple H and I are extremely close. We’re back together at SummerSlam answering questions at Club Nokia. We’ve gone full circle. We came back after the four year absence and we were going to get DX back together, and then he turned on me like the rabid dog he is. I always enjoyed the rivalry because it was two years. There’s so much that happened in that two years. Players are going to play through everything we did in those two years. The documentary-style reliving of that rivalry as a game is a great way to learn about history. I’m biased towards my rivalry, but the John Cena vs CM Punk rivalry has also been documented to a T in this game.

What it like having new fans be able to relive your history in the WWE through games?

Michaels: That is something with these video games and with WWE Network that I have done my best to try to wrap my head around. I look back on the most amazing opportunity of my lifetime to do what I love to do for 25 years in front of WWE fans and universe. You all keep me alive after I’m gone. I can span generations of people. For a guy who sits out on his porch in the state of Texas, it’s a very humbling thing. I couldn’t dream to the extent that you all have taken me. I just wanted to be a wrestler and do well. And thanks to the WWE and 2K, you continue to let me live on longer than I ever thought. I’m in awe of what you all have enabled me to do. After I’m gone, you continue to expose me to future generations.

If you were wrestling today who would you want to have a rivalry against?

Michaels: Sting is someone that would be fun. That’s what WWE 2K15 is going to bring out. There’s a ton of fantasy bookings you can do in this game. For me number one would be Sting. After that there are a number of young superstars that would be great like Daniel Bryan and Bray Wyatt. There’s no shortage of folks I’d love to get in the ring with.

What’s the challenge of trying to top the 30 Years of WresletMania mode from WWE 2K14?

Michaels: The advancement of video games left me a long time ago. WrestleMania is our biggest show, and it’s hard to beat that. Second to Wrestlemania, the thing that sticks in people’s minds are the great rivalries through history that stand the test of time. I’m proud to say Triple H and myself  had one of those and it’s being documented in the game.

Do you ever play the WWE video games?

Michaels: My son plays games. He’s done his best to show his old man. Every time I pick up a game, I don’t last long. I get beat in a short amount of time because I’m not very good at it, whether I’m playing as me or someone else.

How popular are games amongst WWE Superstars today?

The majority of the younger guys play games. It’s only those of us who were behind the technological curve like me, but a number of young superstars that have enjoyed video games in the past will enjoy WWE 2K15 in the future.

Did you go back and revoice or relive any of these matches for the game?

The majority of it is from the archives. You can’t beat the library and the footage that the WWE has. There was no need for me to go back and reiterate what happened in the storyline. We have the accuracy from the footage. You’re going to know absolutely everything that went along in the storyline and not miss a beat.

Who reminds you of yourself and Triple H today?

Michaels: From all the current Superstars, I’d go with the Shield members. I’d more than likely throw Roman Reigns as the Triple H character and Seth (Rollins) and Dean (Ambrose) you could balance which one would be me. Those three would be the closest. You’ve got talented individuals in that rivalry. That’s what makes any good rivalry -- guys that love what they do and do it well.

What other famous feuds you’ve had would you like to see in 2K Showcase?

Michaels: I think the Undertaker feud would be one and then one that was a good long timespan would be myself and Jericho, that spans a fair amount of time and was a good storyline with a lot of twists and turns. Those two I’d throw out right away, if they asked me.

What’s it like to see your legend live on today?

Michaels: I see everything now in my career in the rearview mirror. When I say that I’m humbled and honored to be in this game, it’s a true statement. WWE has spanned over 50 years. 2K15 could have picked anybody, there have been some great rivalries over the years. I’m thankful they picked me. Through the games and the Network and the appearances, to continue to be exposed to younger generations is not something I ever thought of. I didn’t dream that big when I was a young 12 year old kid wanting to be a wrestler. You can’t be anything but humbled and thankful, and that’s what I am.