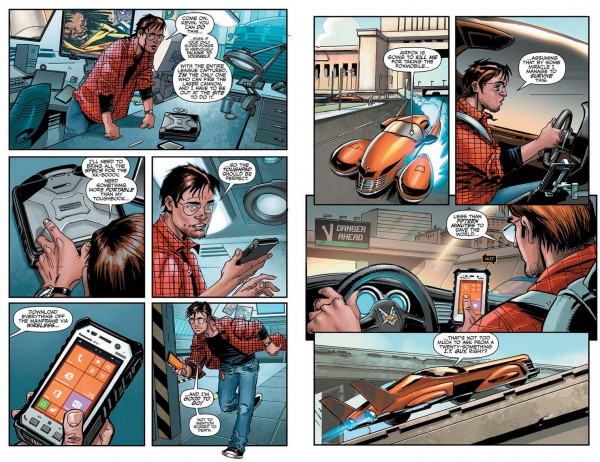 Panasonic has launched Unbreakable Valor, a limited-edition comic book series featuring Panasonic Toughpad rugged tablets. Produced by a team of notable comic book industry veterans, the series follows the adventures of the League of Valor, an organization of super powered heroes who rely on Panasonic enterprise technology solutions, and their IT specialist Kevin Massing. The first issue of the four-part series is available at http://www.Toughpad.com.

There’s also a promotional sweepstakes where lucky entrants will win prizes, including a Toughpad rugged handheld tablet, a trip for two to San Diego to attend the biggest comic book show on the planet San Diego Comic Con, or the opportunity to be transformed into a featured character in an upcoming issue of the series. All entrants will also be entered to win a collector’s print edition of issue 1. The sweepstakes runs from today through Sept. 30, 2014 and prizes will be drawn at the conclusion of the sweepstakes.

Issue 1 of Unbreakable Valor was produced by a creative team well known for their work done with the comic book industry’s biggest publishers. They include writer Ron Marz, illustrator Rick Leonardi, inker Mark Pennington, colorist Michael Atiyeh and letterer Troy Peteri, with design, logo and production by Phil Smith and additional content by illustrator Bart Sears. The second issue of the series will be released in late 2014. 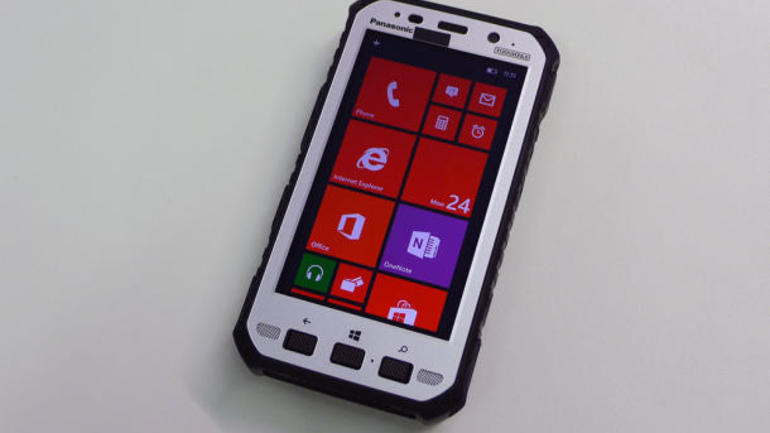 The issue showcases the new Toughpad FZ-E1, a fully-rugged 5-inch handheld tablet powered by Windows Embedded 8.1 Handheld. Submersible in water and able to withstand drops of up to 10 feet to concrete, and offering a 14-hour hot-swappable battery and optional voice/data connectivity, the Toughpad FZ-E1 is purpose-built for mobile professionals in transportation and logistics, government, utilities, manufacturing, retail and field services.

“While Unbreakable Valor may not be a true story, our Toughpad rugged tablets are relied upon each day by real-life heroes around the world – from soldiers on the battlefield, to first responders at the scene of an emergency, or utility workers who restore power in a storm,” said Marca Armstrong, Vice President, Marketing, Panasonic System Communications Company of North America. “We viewed this project as a fun, creative way to spotlight the vital work our customers do and the role that dependable technology plays in helping them overcome extreme circumstances and accomplish their missions.”

First introduced in 2011, Panasonic Toughpad rugged tablets are built to connect mobile workers of all types with the data they need to stay productive and efficient, anytime and anywhere they need it. They build on the market-leading heritage of Panasonic Toughbook rugged mobile computers to offer durability and enterprise-ready feature sets beyond those of consumer-grade devices. Toughpad tablets are available running Windows and Android and come in sizes ranging from 5 to 20 inches.