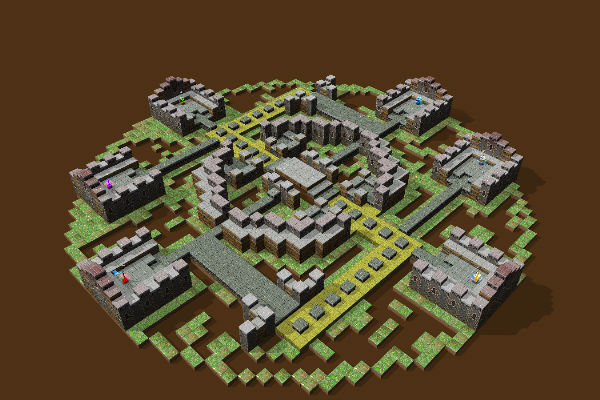 The first indie game on a Nintendo platform to feature both cross-platform multiplayer and user generated content, Cubemen 2 is a fast-paced 3D strategy game in which the player controls an army of Cubemen, using them to battle against enemies in a range of modes.

Players will be able to enter online matches and create and share user-generated levels regardless of which platform they are using. Players on the Wii U version will be able to battle against other players who own the game on Wii U, PC, Linux, Mac or iOS device.

Developed for all platforms by Melbourne studio 3 Sprockets, Cubemen 2 is a top-selling Steam and iOS game. All levels can be played in single player mode against AI or with up to 6 players online (with AI filling any empty slots). There are 7 modes which can be played solo and 5 of these are available in online multiplayer. Online modes cover both team and individual player battles. Players will also be able to create and share their own levels using the game's built-in level editor. Wii U players will have access to all user-generated levels created on other platforms since the release of the game. There are currently over 8,000 user-generated levels to play. The game also includes specific level themes, customisable Cubemen skins and a global ranking system.