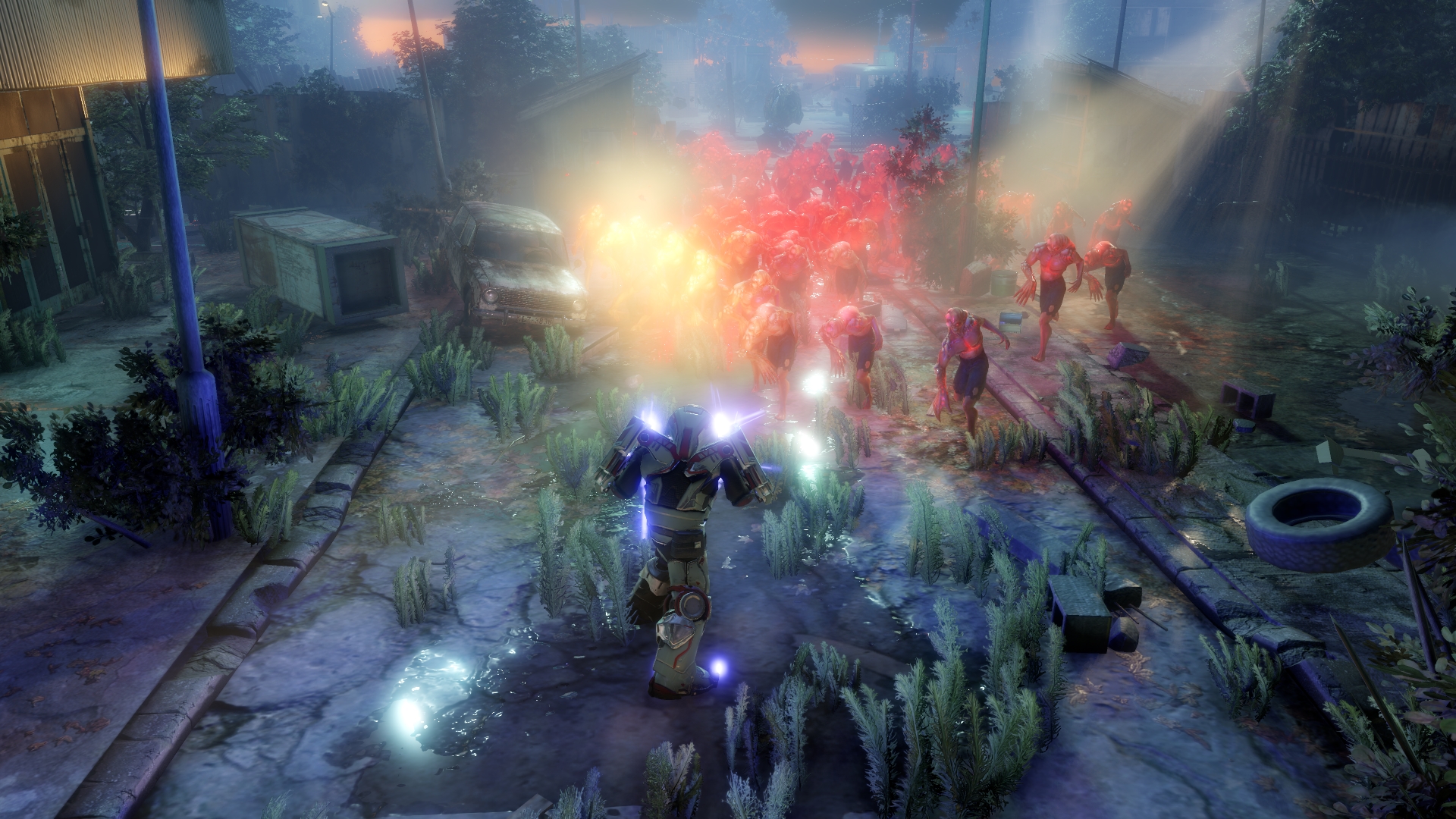 While Helsinki-based game studios like Rovio Entertainment, Supercell and Remedy often get a lot of press attention, Housemarque is the oldest game maker in Finland.  The studio was formed by two smaller company owners back in 1995 when Teramarque and Bloodhouse merged.  Since the beginning, Housemarque has been funded by the Tekes fund from the local Finnish government as well as through private capital and angel investors.  The company has had a series of hits, including “Super Stardust Delta”, “Dead Nation” and “Resogun”. Mikael Haveri, head of self publishing at Housemarque,talks about the new game, “Alienation”, and the growth of the company in this exclusive interview.

What can you tell us about your new game “Alienation”?

Alien Nation is going to be the best top-down shooter for the current generation of consoles.  It’s a PS4 exclusive title and the trailer pretty much speaks for itself.  I can’t say too much, but it’s going to be explosions and co-op and a lot of action and aliens.

How has your company grown over the years?

There have been ups and downs for the company.  If you look at the 20-year history, there have been points where we had to downsize to five or six people and then we’ve been able to get the right project and grow back from there.  A couple of guys started the company and now we’re at 55 people, so there’s been a slow and steady growth over the years.  We’re the biggest right now that we’ve ever been.

What has digital distribution opened up for your company?

When Steam and the digital download scene first started popping up, it was very few games that got into that scene.  For us it was important to try it out because that was the kind of scope of games that we could make.  From the beginning we saw that if we had the right partners and the right distributions channels, we could really have an impact and we could sustain that business model in the $10 to $15 price range of games.

What was it like being featured by Sony for the PlayStation 4 game “Resogun”?

The PlayStation 4 “Resogun” story is a unique one. We’ve been working with Sony for the past seven years, but I don’t think a game of that type would ever get the kind of PR that we got with the launch of the PS4.  It was awesome because it’s impossible to do that otherwise, but it’d been building up for such a long time that I think we were sort of blind to it.  For us it was always the next step, and this was the next step on our journey.

How do you choose the types of games you’re going to develop?

Housemarque is known for rehashing old genres from the arcade era.  Even “Resogun” was clearly influenced by “Defender”, as well as by a lot of shoot’em ups that we love to play.  If you look at our lineup of games, you can always drop them into a genre or definite reference points from other games.  Anybody who’s been playing video games can tell, “Oh, you did that from that game or you did that from there.”  We are very much informed by these specific genres and we’re open about taking all those influences.  Our brand strives on the fact that we rehash old titles.

What’s it been like working across all of Sony’s game platforms?

Sony has been a great distribution partner because it’s a very well-known brand in the home console space with the PS3, PS Vita and now PS4.  Sony has a large variety of platforms that you can do a lot of different things on, and we’ve been fortunate enough to see the progression. Having that strong partner behind us has allowed a team of this size to be able to make globally successful titles.  I don’t think we could have done it by ourselves.

What do you feel separates your games from the crowd?

We like the arcade stuff.  We know it’s a niche market, but we’re creating a lot of games that appeal to a wider market.  We know that it has that really loyal fan base, and that stems back to the arcade days and the gameplay.  We’re really making games for the gaming experience.  We’re not really known for making the biggest Hollywood blockbuster stories, but we like to combine cool visuals with a really tight gameplay experience.

Why do you think we’ve seen so many mobile game successes from Finnish developers?

Finland has a long history in mobile and Nokia has been a big influence to the industry.  There have been a lot of companies that have been making smaller, more casual games and I can definitely see that as a continuing trend here.  Once you do something long enough then you can master it and you can kick out titles like “Angry Birds” and “Clash of Clans”. There’s a mastery to the trade that really lives here in Finland.

How do you think Finnish culture influences games developers make?

Finland has long winters and cold surroundings, so you have to stay home or go to work and make games.  You don’t really have many options.  If you can choose between staying at your office from 8 a.m. to 6 p.m. or even later into the night and be coding instead of going into the dark winter storm, that’s the kind of atmosphere that we have here.  When you have time to do something creative, that has had a big influence on opening up the creative mindset of the stubborn people that we are.

How have you seen game developing community grow here in Helsinki?

The Helsinki game development scene has somewhat exploded.  It’s always been strong and the community is tight, so people know each other.  They talk a lot.  They help each other out, but then again at some point you just start seeing the successes.  We meet up every month or so for a common drink up and then at some point you start seeing more guys who are millionaires.  They don’t look different.  They don’t really sound different, but they’ve hit it big.  Eventually you start seeing more foreign people coming into Helsinki.  We were never really the best at attracting people from the States or wherever because it’s cold.  At some point we just started to realize that these are big brands that we have and we’re actually becoming more influential. And then the funding started coming in and the government was even more interested.  It was never really a cliff where you jumped off and then all of a sudden everybody was successful.  It fed the industry that somebody was doing something right and a group of friends benefited from having success with each other.

How have the schools adapted to the growing game industry and how is the talent pool now compared to when the company was first founded?

In the beginning there were no gaming schools or programs for game development.  Most of the talent came from people learning on their own and trying stuff out.  We have a very strong Demo scene as they call it, where people just do stuff for their own pleasure and usually it’s just artistic coding of small demos that they show off to their friends.  Over the past 20 years it’s been developing in phases where you have this formal education covering all of the main bases and now it’s becoming more focused.  In the past five years we’ve seen schools that are defining 3D modeling or coding just for games.  We’re starting to see the first waves of people coming in to the industry from specific game development schools.  Before that it was more of a hobby thing and then a general education thing.  Specialization is fairly recent and it’s starting to pay off, but I’d still say that the hobby/self-learned side of it is way bigger than what the education side is.