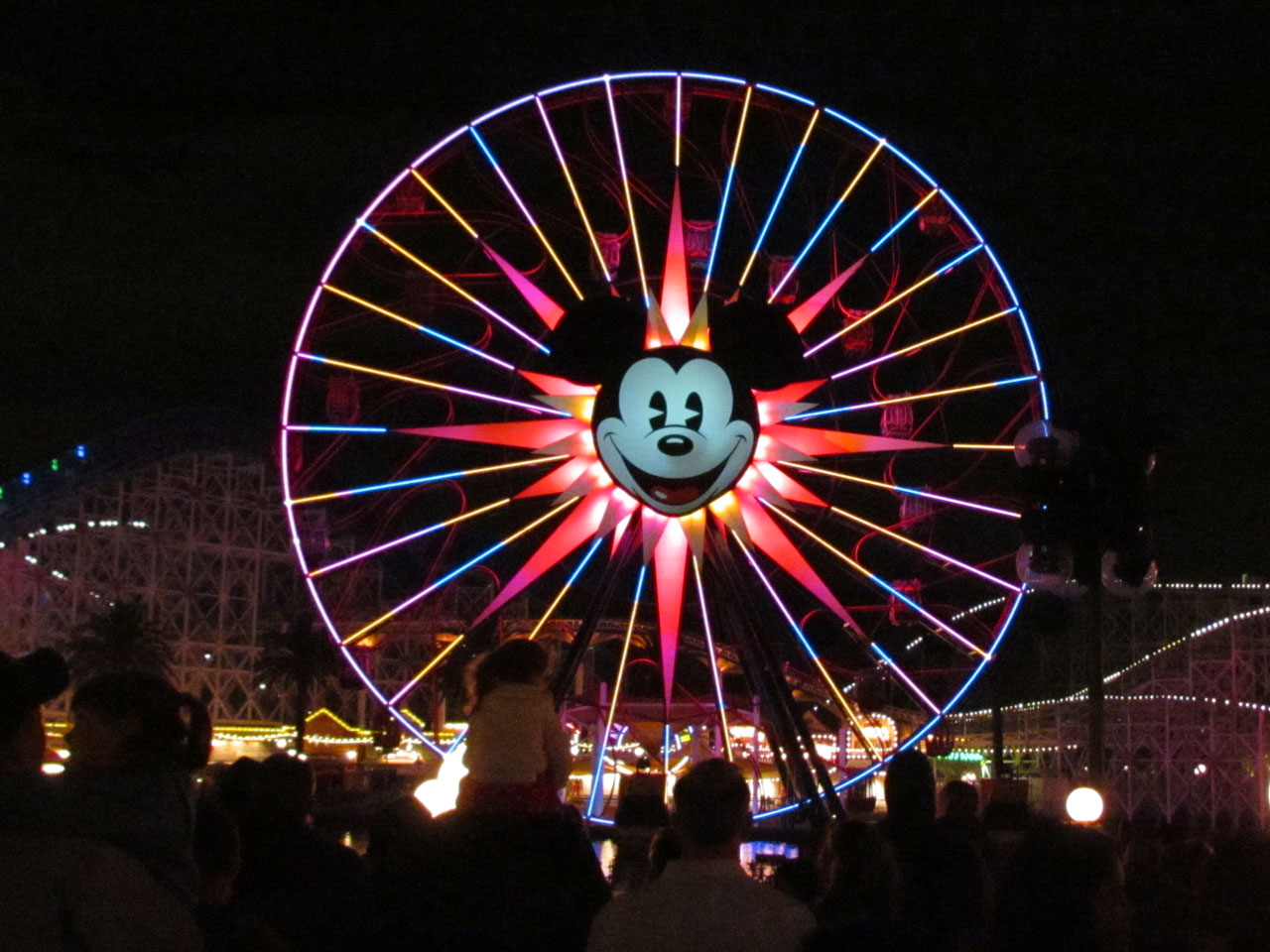 Anyone who’s ventured to the Disneyland Resort in Anaheim, CA recently has been able to kill time before the nightly World of Color light show playing a new video game developed by Walt Disney Imagineering Research and Development. The new game, which is available via Wi-Fi and requires no download, allows smartphone users to play “Simon Says” with the 160-foot tall Mickey’s Fun Wheel ferris wheel in Disney California Adventure. It’s the latest example of video game integration into Disney theme parks. Seth Mendelsohn, who headed up the new “Mickey’s Fun Wheel Challenge” game at Walt Disney Imagineering Research and Development, actually came from the console and PC video game development community. He talks about how games are impacting the attractions Disney creates at theme parks in this exclusive interview.

What’s your background in video games?

I had been in the video game world for about 25 years as a game designer and game producer and I worked on many Disney titles including Jungle Book, The Lion King and Aladdin on Genesis and Super Nintendo. I also worked on Ultima IX: Ascension at Origin Systems and a game called Spider for Boss Game Studios on PlayStation, although I don’t know that anybody has ever heard or played that one.

How did that background in video games help when you transitioned over to Walt Disney Imagineering?

When I first started at Disney, it was in the game world and we were just starting to explore games in theme parks being together. Over the last fourteen years as gaming and interactivity has become more important, the gaming background has been more of a plus in helping to work with the traditional brick and mortar types of projects we do.

How does the fact that so many guests have smartphones in the parks influence you when you’re creating apps and attractions like you have right at Disneyland?

We understand that our audience is much more comfortable with technology and games. One of the things we’ve been trying to do is use these wonderful immersive spaces through our parks and as our audience has changed, we want to make them more interactive. So it’s no longer just being in a space, you’re actually interacting with these worlds and making them come to life.

How does this new Mickey’s Fun Wheel Challenge bring the park to life?

One of the things we want to do is make magic in unexpected places. We saw that a lot of guests were waiting for the World of Color show to start and they’re busy doing other things that take them out of the environment and out of the show. We wanted to come up with something that they could do while they’re waiting for the show to start.  So we decided to use the wheel as part of the game and let everyone play together. We came up with a game that in essence is a Simon game, where the wheel lights up specific colors. Guests have their device and they go to a webpage. They don’t even download an app, so they can play instantly. They match the colors of the wheel onto their device playing with thousands of other people here to try to get the best score.

What happens when you do get the best score?

The winner gets to control the lights on the wheel. For 30 seconds they decide what the wheel does and everybody else in the audience gets to see what they’ve done.

Once you guys had this idea how did it all came about?

We talked about this idea and wouldn’t it be fun to play a game on the wheel. The operations teams and all the other teams here were really open to figuring out how we could do something new and so we started testing it internally first. We pretended using screens and then we came out here when the park was closed and lit up the wheel. The minute you saw the wheel lit up, you knew it was going to be special.

How is gamification around the world impacting theme parks?