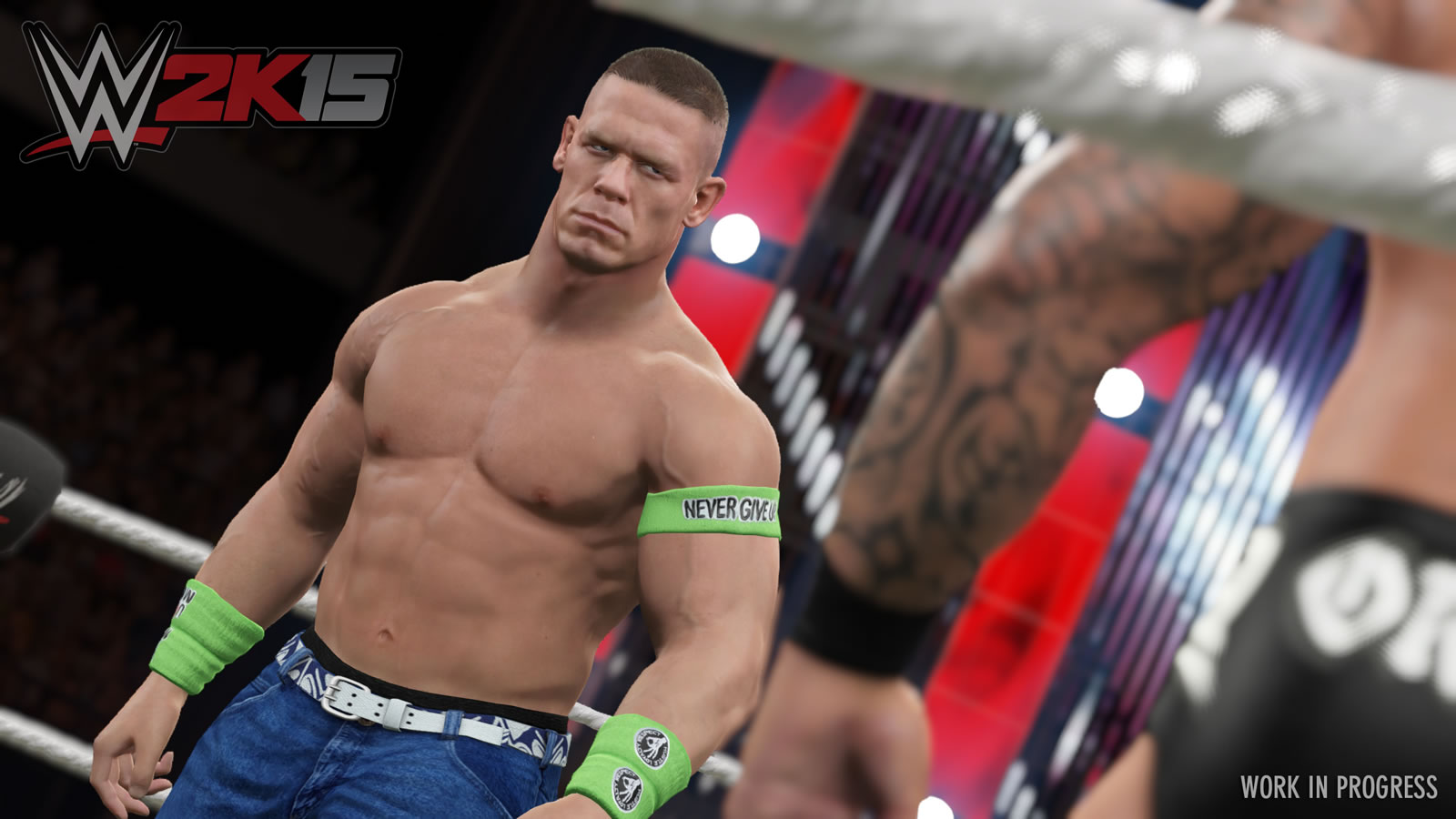 2K today announced the in-game soundtrack details for WWE 2K15, the forthcoming release in the flagship WWE video game franchise. Personally curated by cover Superstar and music enthusiast, John Cena, the soundtrack will feature 12 unique tracks from established and rising artists that transcend several music genres, including hip-hop, rock and country. A companion soundtrack album made up of a selection of songs from the in-game soundtrack is set for digital release on October 21, 2014 through Atlantic Records (see full track listing below). The WWE 2K15 companion soundtrack album also features two exclusive bonus tracks – “All Day” and “Breaks” – from Cena in collaboration with hip-hop magnate Wiz Khalifa and is available for pre-order now at itunes.com/WWE2K15. All pre-orders of the WWE 2K15 companion soundtrack album receive an instant download of both songs.

One of the most recognizable WWE Superstars of all time, Cena is also a mainstream fixture known for his film, television and music accomplishments. Cena’s rap album, “YOU CAN’T SEE ME,” debuted at No. 15 on the Billboard 200 chart. Through the WWE 2K15 soundtrack, Cena has lent his artistic vision and style while creating a unique pop-culture fusion with Khalifa, whose recently released, fifth studio album, “BLACC HOLLYWOOD,” debuted at No. 1 on the Billboard 200 chart. In addition, an exclusive, behind-the-scenes look at Cena and Khalifa recording their original songs in studio may be viewed at http://youtu.be/hUo1R3hCYzk.

“As the WWE 2K15 cover Superstar, curating the in-game soundtrack and working with Wiz Khalifa were great opportunities to further the musical brand as we do across all WWE programming,” said John Cena. “Reaching across many genres of music to some of my friends and those who have worked with WWE, I truly believe that gamers will become avid listeners of these songs.”

“I have been a WWE fan since I was a kid, and getting to work with John Cena was an awesome experience,” said Wiz Khalifa. “I’m proud of this collaboration.”

The WWE 2K15 companion soundtrack album is comprised of:

“Partnering with Atlantic Records on the first-ever WWE video game soundtrack for WWE 2K15 helped us bring our players to a whole new level of excitement in gaming,” said Neil Lawi, SVP, WWE Music Group. “The soundtrack and the in-game music that John selected, along with the two original tracks he and Wiz created, will up the ante for everyone who plays this game.”

“2K is committed to making WWE 2K15 a premier entertainment experience,” said Chris Snyder, Vice President of Marketing at 2K. “John Cena’s partnership with 2K and work with artists like Wiz Khalifa represent another example of the great investment he has with the Company to make this year’s game incredible.”

“WWE and 2K have been great partners with Atlantic Records and instrumental in bringing music to their respective audiences,” said Kevin Weaver, President of Film & Television and Executive Vice President of The Atlantic Records Group. “WWE Superstar John Cena had already put together an impressive soundtrack for WWE 2K15, and working with our own Wiz Khalifa takes it to an even higher level.”