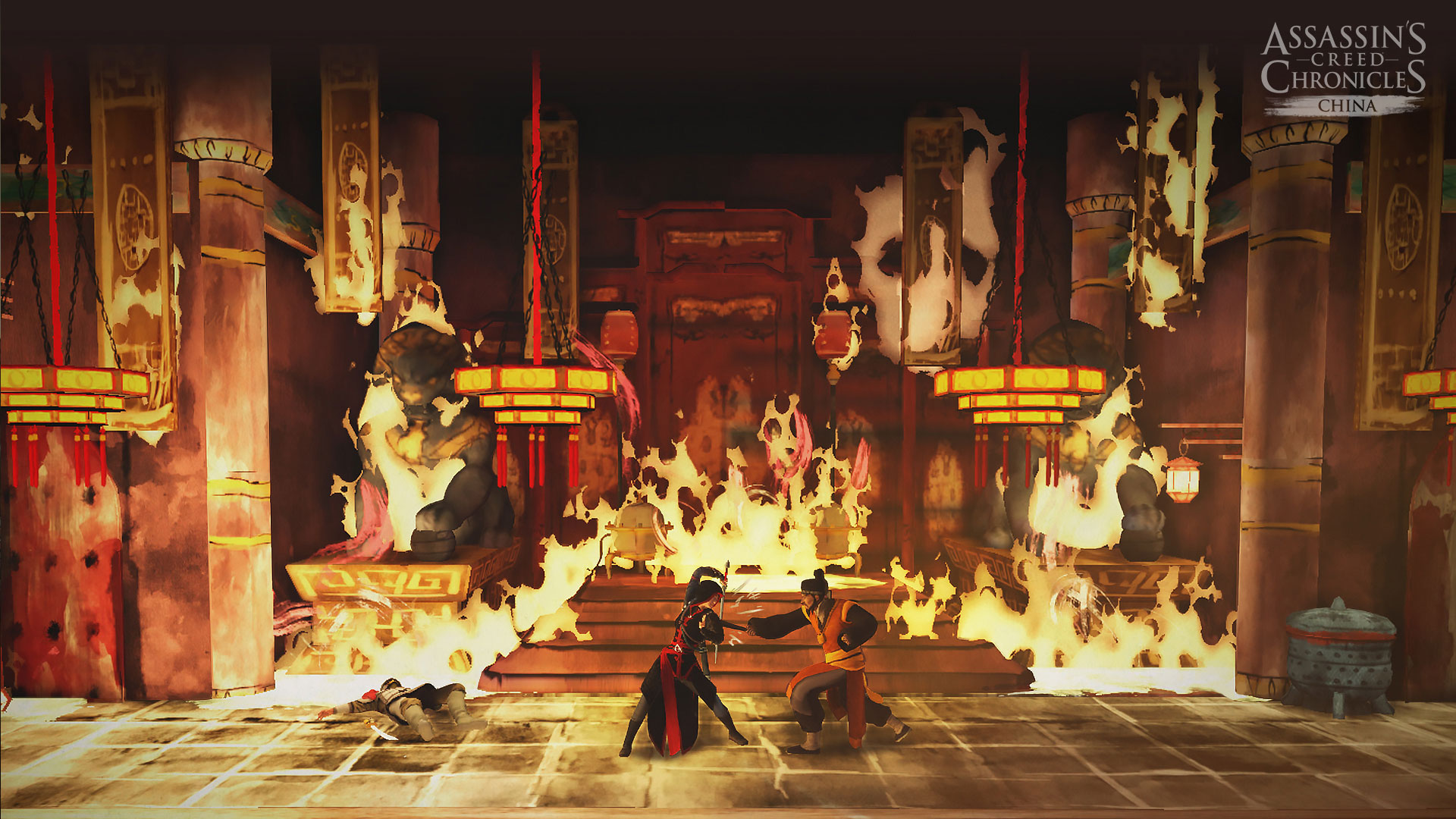 Developed by Climax Studios in collaboration with Ubisoft Montreal, Assassin’s Creed Chronicles brings the thrill of being a Master Assassin to 2.5D. Players will journey to three distinct civilizations and time periods throughout history including the Ming dynasty at the start of its downfall, the Sikh Empire as it prepares for war in India and the aftermath of the Red October revolution. Each chronicle stands on its own with a unique setting, art style, story and Assassin, but is tied together narratively.

Players will embody legendary Assassins, including Shao Jun from the animated short Assassin’s Creed Embers, and Arbaaz Mir and Nikolaï Orelov from the Assassin’s Creed graphic novels. Slay from the shadows, master the art of parkour and take the leap of faith in a collection of stunning, living paintings. Each chronicle has its own artistic signature, from the beautiful brush paintings of China to the vibrant colors of India and the distinctive propaganda art style of Russia.