It’s a new year and Electronic Arts already received another award for its critically acclaimed FIFA Soccer 13 game. The AbleGamers Foundation has awarded EA Sports FIFA 13 the coveted AbleGamers Mainstream Accessible Game of the Year Award. With outstanding accessibility options, FIFA 13 enables some of the most severely disabled gamers to enjoy the thrill of the “world's most popular” stadium game. 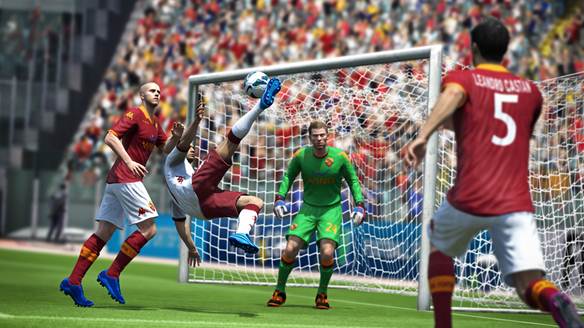 “AbleGamers was amazed by the accessibility of FIFA 13,” said Mark Barlet, President and Founder of the AbleGamers Foundation. “EA enabled gamers with severe motor and cognitive disabilities by including remappable keys, an unheard-of mouse only mode and game settings that allow the entire game to be tailored to the unique abilities of each disabled gamer.”

“There's just not enough you can say about a game like FIFA 13,” said Steve Spohn, Editor-In-Chief of AbleGamers.com and Community Outreach chair for the foundation. “Such a large portion of our community is ecstatic over the ability to play a genre of game that's mostly inaccessible due to the number of controls needed and fast-paced action. The mouse only mode is phenomenal for those with muscular dystrophy, and the ability to slow down the entire game is such a boon for the cognitively impaired.”