While Twitch has aligned itself with Sony Online Entertainment with Planetside 2, Activision has partnered directly with YouTube for the biggest game of the year. Call of Duty: Black Ops II’s new live streaming feature, available when the game launches on November 13, will let players live stream gameplay on YouTube directly from the Xbox 360 and PlayStation 3 game consoles. The first of its kind innovation coming from Activision and the game’s developer, award-winning studio Treyarch, will allow players to live stream Call of Duty: Black Ops II multiplayer League Play games, as well as the player's Webcam and audio commentary while playing. 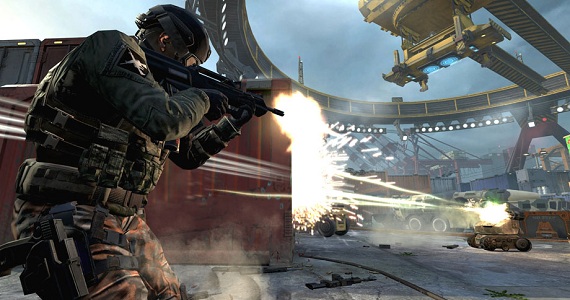 Call of Duty Elite takes the live streaming experience even further, letting viewers on Elite see the player card of the user that is streaming.  With just a couple clicks, viewers can dig deeper to see such information as class loadouts, recent match data, as well as career stats across supportedCall of Duty games on Elite.

“Call of Duty: Black Ops II player live streams will be viewable on YouTube via web browsers, mobile and tablets through Call of Duty Elite as well as individual YouTube user channels. From the beginning of development with Call of Duty: Black Ops II, the team has been pushing boundaries on every front to offer Call of Duty fans things that they haven’t been able to do before,” said Mark Lamia, studio head of Treyarch. “With our competitive play and eSports initiatives, we wanted to deliver live streaming capabilities built right into Call of Duty: Black Ops II, because Call of Duty is not only fun and exciting to play, but we believe it will be just as exciting to watch. By making the capability of live streaming as accessible as possible to our fans, straight from a player’s console without the need for any additional hardware or sophisticated setups, we are empowering our fans to share their multiplayer experiences.”