The Force Will Be With You In The Star Wars Pinball: The Force Awakens Pack 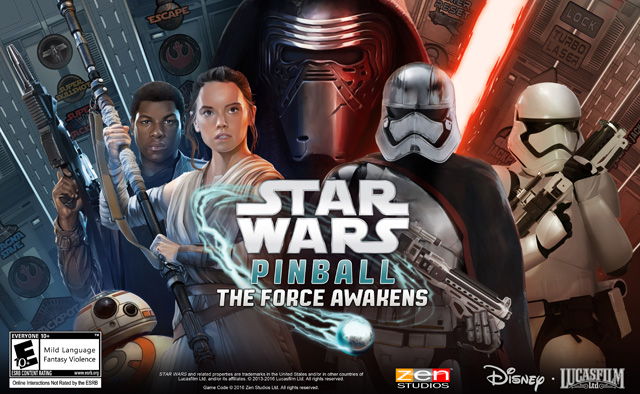 Star Wars Pinball: Might of the First Order puts players in command of the First Order, tasked with extending its power to many planets in the galaxy. Expand its rule beyond the outposts of civilization, and enforce its will in already controlled territories. Star Wars Pinball: Might of the First Order features an innovative two-level playfield where you must use the special ball-lock system on Kylo Ren's playfield to crush the Resistance, and control your own Star Destroyer with the help of a special magnetic upside-down ramp!

Both of the new Star Wars Pinball tables feature art, models, and sounds directly from the film.