Actress Felicia Day, creator and star of the hit web series The Guild, will serve as the Entertainment Matters Ambassador for the 2013 International CES. Entering its third year, Entertainment Matters at CES is designed by and for Hollywood’s film, television and digital communities. Owned and produced by CEA, the 2013 International CES is the world’s largest and most important consumer technology event that will take place January 8-11, 2013, in Las Vegas, Nevada. 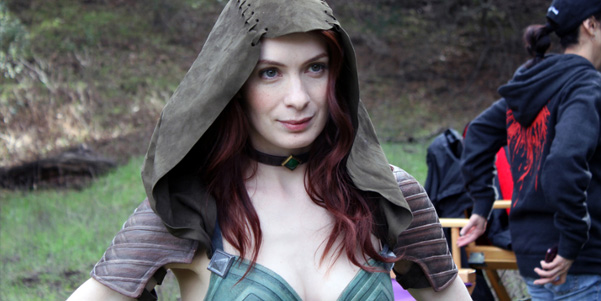 “As an entrepreneurial and innovative content creator, Felicia Day is an extremely relevant ambassador for the 2013 CES Entertainment Matters program,” said Karen Chupka, senior vice president, events and conferences, CEA. “Her success on the internet, in Hollywood and in technology underscores her deep understanding of the intersection of content and technology and makes her a perfect ambassador. Day’s experience as an actress and content creator exemplifies the focus and goals of our Entertainment Matters program.”

Day has appeared in numerous television shows and films, most recently guest starring on the CW show Supernatural, and completing a two-season arc on the SyFy series Eureka. She is best known for creating and starring in the hit web series The Guild, currently in its sixth season of production. The Guild has been the recipient of various awards for web video excellence including an award for Best Comedy Web Series at the International Academy of Web Television (IAWTV) Awards at the 2012 International CES.

Day is also the executive producer of Geek & Sundry, a premium YouTube channel that features a slate of seven shows, including The Flog, which Day hosts. Since it launched in April 2012, the channel has garnered more than 350,000 subscribers and 24 million views. In 2008, Day co-starred in Joss Whedon’s Internet musical Dr. Horrible’s Sing-Along Blog, which won an Emmy in 2009.