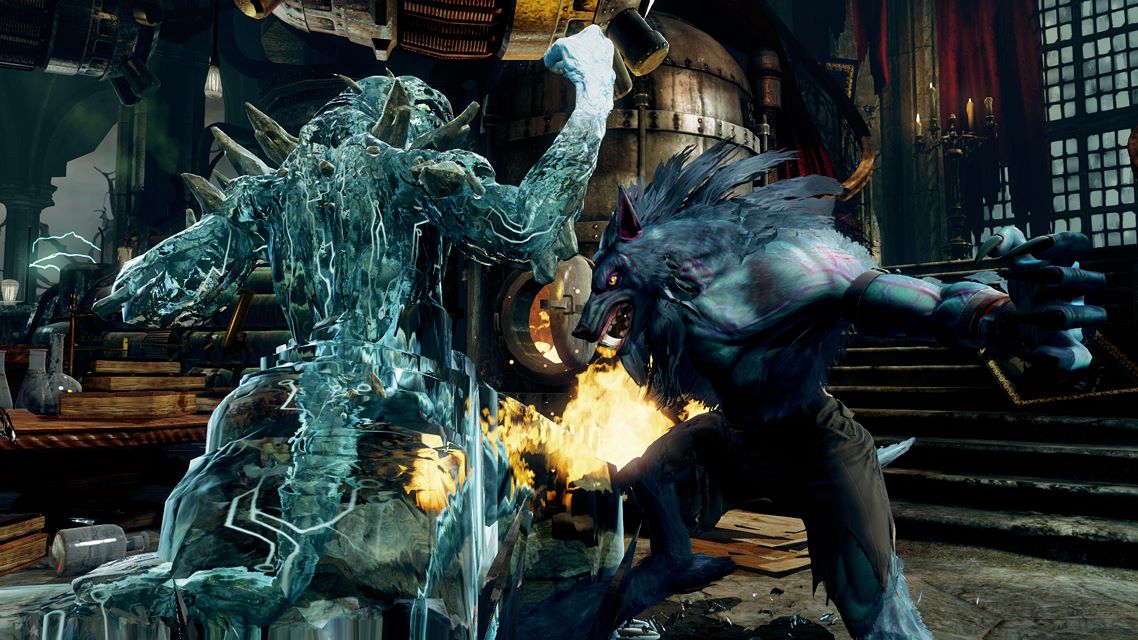 Kicking off with today’s release of Gears of War: Ultimate Edition for Windows 10, the Xbox spring games lineup includes a wide array of fan-favorite franchises coming to both Xbox One and Windows 10, including Quantum Break, Forza, Killer Instinct and more.

“At Xbox we believe gamers should be able to play the games they want, with the people they want, on the devices they want,” Spencer said.  “Making more of our popular games available for gamers to play on either Xbox One or Windows 10, each powered by Xbox Live, is another important step towards this vision.  We are committed to delivering amazing gaming experiences for gamers who play on consoles, PCs or both.”

Whether you enjoy hitting the race track in a gorgeous supercar, bending time to your will, or venturing deep into apocalyptic worlds, Xbox is delivering an amazing lineup of games this spring and beyond:

Dark Souls III– Attendees enjoyed hands-on with new content from the third entry in the acclaimed Dark Souls series at the Xbox Spring Showcase. Launching Apr. 12 on Xbox One, Dark Souls III takes players through an apocalyptic, dark journey to unfold the secrets of the unique universe created by Hidetaka Miyazaki, FromSoftware and BANDAI NAMCO Entertainment.

Forza Motorsport 6: Apex – Arriving in the Windows Store this spring, Forza Motorsport 6: Apex is a free, curated standalone experience for Windows 10 that provides fans with a diverse tour of what Forza Motorsport 6 has to offer, including trademark innovations iconic to the Forza franchise, such as Drivatar opponents and Forzavista cars, as well as new ways to play and compete. The experience also takes advantage of DirectX 12, delivering breathtaking visuals at up to 4K resolution, and was playable for the first time at the Xbox Spring Showcase on an Intel Unleashed Custom.

Gears of War: Ultimate Edition for Windows 10– Available in the Windows Store starting today, Gears of War: Ultimate Edition is playable for the first time on Windows 10, and was shown on Alienware Area 51 and iBUYPOWER Revolt 2 at the Xbox Spring Showcase.  Remade from the ground-up, the game features amazing 4k resolution built with DirectX 12, unlimited refresh rates and controller and mouse and keyboard controls.

Pit People from The Behemoth is coming first to Xbox One, followed by Windows 10. Experience this fast-paced, turn-based co-op adventure in a closed Beta later this year.

Below from Capy is coming to Xbox One.  Below is a descent into the Depths.  Explore. Survive. Discover.

Killer Instinct: Season 3– Microsoft Studios and Iron Galaxy announced that eight new fighters are joining the arena in Killer Instinct: Season 3, available March 29 on both Xbox One and Windows 10.  The team provided hands-on with the first four characters available on launch day – Kim Wu, Tusk, The Arbiter from the Halo franchise, and Rash from Battletoads – on Xbox One and an MSI Nightblade X2 Windows 10 PC.

Tom Clancy’s The Division–  Ubisoft treated attendees to in depth hands on time with the open beta content for Tom Clancy’s The Division, an immersive online open-world action role-playing game. Launching Mar. 8 on Xbox One, players will team up with other Division agents to reclaim New York City from the chaos of a deadly pandemic.

New Features in the Windows 10 Xbox App and Xbox One – The Xbox team discussed new updates arriving soon on Xbox One and also in the Xbox app in Windows 10, demoing some of the new features on a top-of-the-line Razer Razerblade 14-inch laptop:

Xbox 360 achievements will automatically post to your Activity Feed

Compare your Avatar with your friends’ Avatars