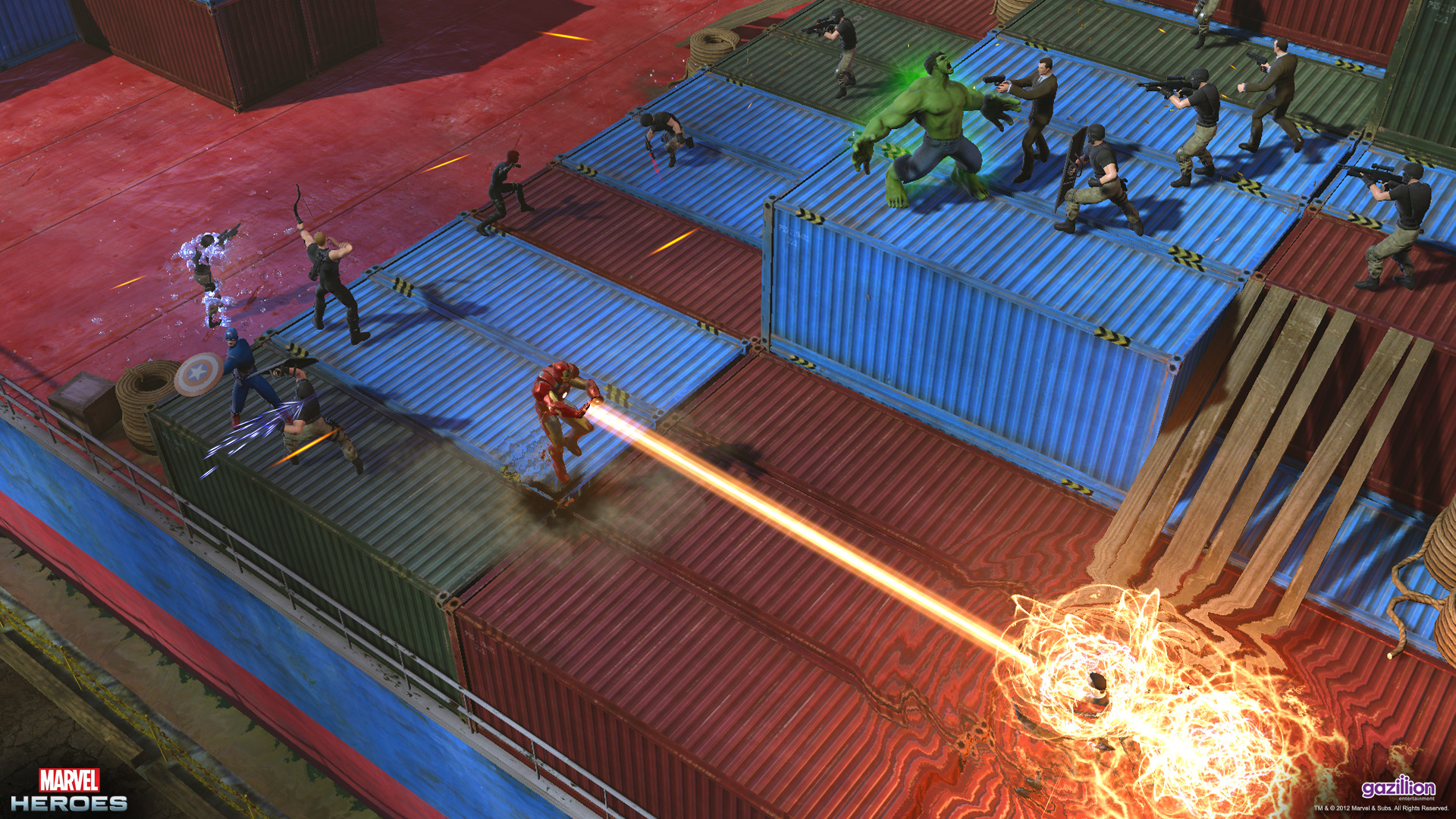 What’s the latest that you’re showing off with Marvel Heroes Online?

First and foremost, we have several new heroes that people are playing and a new area of Hell’s Kitchen. It ends in a fight with a shocker down in the subway.

How are random events going to impact this game?

We have a bunch of mini-events that we’re calling Discoveries that are in the game. They can be anything from a mugging is going on, and if you stop you get a little extra experience. Or a SHIELD agent is in trouble, and if you get near them, then a whole bunch of HYDRA come down and you’ve got to fight them. Or you run across Fight Club and you have to break it up. Or you have an arms deal or something like that. There are these little events that occur that are just basically on one little screen that add a lot of flavor to the game and make a little mini-quest that you have that’s just contained to the one screen.

Who are some of the bosses players will encounter?

We have a lot of bosses in the game. In the latest demo, they’re fighting the first public boss, which is Electro. Electro is a cooperative fight with everybody that is in the public combat zone together. It takes usually around 10 people together to fight him and really stand a chance, so everybody in the zone cooperates and works together to defeat this boss.

We have a variety of these public events; it isn’t just kill the boss. We showed off the Centennial Attack. Imagine 10 Centennials coming down and everybody in the zone is running around fighting these Centennials all over the place. Those are the kind of things that we’re going to be doing. We have an Instance Boss that is just for you and your party, if you’re in a party. You’ll be fighting Shocker in the subway.