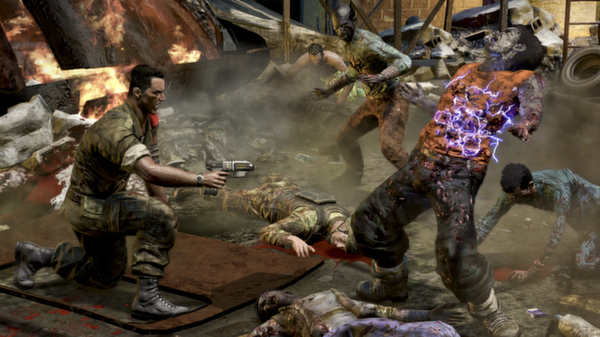 Techland, the Poland-based company best known as the developer of many fan-favorite games including Dying Light, Dead Island, and the Call of Juarez series, is proud to announce its move into the international publishing market. With over twenty years of experience not only as a developer but also video game distributor and publisher in Central and Eastern Europe, Techland has decided to go global as Techland Publishing.

Techland's CEO Pawel Marchewka:
“As a developer, we have worked with many renowned publishers in the past so we know first-hand what makes these kinds of collaborations efficient and satisfying for both parties. After the successful promotional campaigns for Dying Light and Dying Light: The Following, led by our own dedicated team, we believe this is the perfect time to use everything we’ve learned and help other developers.

We believe in a flexible and open publishing philosophy, based on respect for the players. We will encourage and financially support developers through investing in bold, unconventional games with great entertainment value.

Our goal is to release 2 major multiplatform titles, and 4 in digital distribution each year. We’re already scanning the market for opportunities and we’ll announce the first game to be released under Techland Publishing soon.”