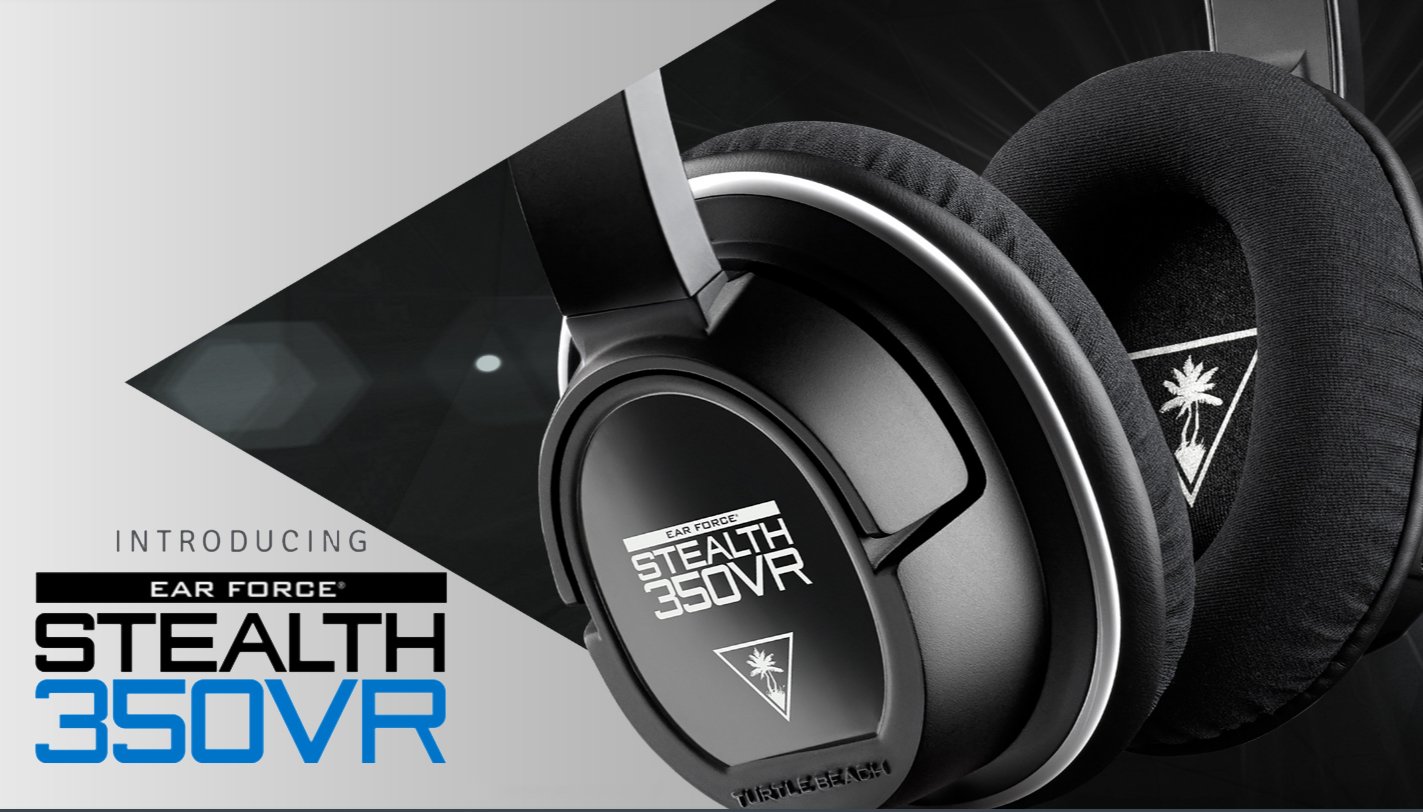 Turtle Beach Corporation continues deepening its 40-plus-year strong roots as the leader in gaming audio and innovation with today's announcement of new products debuting at this year's Electronic Entertainment Expo (E3). First, the Company will be celebrating the launch of its all-new Elite Pro line eSports audio gear, offering show attendees the opportunity to sit down and play games while experiencing the future of competitive gaming audio performance and comfort first-hand, with special appearances by members of pro gaming teams OpTic Gaming and FaZe Clan. Further, on Tuesday, June 14th, fans who come by the Turtle Beach E3 booth from 1:30-2:15 p.m. and again from 3:15-4:00 p.m. can win prizes as they watch OpTic Gaming and FaZe Clan go head-to-head in a couple of friendly matches of a non-specific, military-based first-person shooter video game (rhymes with Call of Duty)

Second, Turtle Beach will showcase its all-new Stealth 350VR - an amplified, 30+ hour rechargeable gaming headset ergonomically designed for use with virtual reality (VR) devices that takes the standard on-board VR audio and makes it fantastic with amplified sound and additional features and functionality, and the StreamMic - the first studio-quality microphone designed to let gamers livestream like a pro directly from their Xbox One, PlayStation 4, PC and Mac. Last but not least, audiophiles and tech enthusiasts alike can have their minds (and ears) blown away with demos of HyperSound Glass - the world's first transparent directional speakers. E3 takes place tomorrow through Thursday, June 14-16, 2016, and Turtle Beach's Booth is #4800 in the West Hall of the L.A. Convention Center.

"We're already off to a great start this year and 2016 continues to look even better as we create innovative products that offer gamers a better experience," said Juergen Stark, CEO, Turtle Beach Corporation. "In April we posted great Q1 results. This past Sunday we launched our new Elite Pro line, which sets the new standard and defines the future of competitive gaming audio performance and comfort. We also recently announced partnerships with OpTic Gaming and FaZe Clan - two of the best eSports organizations in the world. And here we are at E3, revealing two new, forward-thinking products with the Stealth 350VR gaming headset and Stream Mic, both planned to launch later this year. All this and it's only June, and there's certainly more to come."

Turtle Beach Stealth 350VR Gaming Headset - The Stealth350VRgaming headset delivers Virtual Reality audio loud and clear with 30+ hour battery-powered amplification, Variable Bass Boost, and an ergonomic "built for VR" design that provides clearance for VR headbands and cables. The Stealth 350VR's 50mm Neodymium speakers ensure a rich, expansive audio experience with crisp highs and thundering lows, while smooth, fabric-wrapped memory foam over-ear cushions ensure a comfortable fit. The removable noise-cancelling microphone provides crystal clear chat even when movement in the real world creates background noise, while Mic Monitoring lets gamers hear their own voice inside the headset to avoid shouting at other players. Cable management is made easy via the Stealth 350VRs detachable audio cables, while on-board audio controls are always within reach, mounted right on the headset. The Turtle Beach Stealth 350VR Gaming Headset is planned to launch this fall for a MSRP of $79.95.

Turtle Beach Stream Mic - The StreamMic is a first-of-its-kind professional desktop microphone created for gamers streaming directly from their consoles. With the Stream Mic, players can livestream gameplay from their Xbox One and PS4, as well as from a PC or Mac thanks to universal plug-and-play compatibility. Additionally, the StreamMic features adaptive mic patterns and fully customizable software, while a dual-capsule mic array with advanced digital processing supports multiple pick-up patterns for different applications and environments, and a zero-latency headphone output provides accurate monitoring so anyone can stream like a pro. The Turtle Beach Stream Mic will elevate your Twitch, YouTube and MLG.tv streams to a whole new level, and is planned to launch this fall for a MSRP of $99.95.

In addition to the Stealth 350 VR and StreamMic, Turtle Beach will also be showing an early prototype of HyperSound Glass. HyperSound directed audio is one of the biggest breakthroughs in audio technology to come along in decades. It's a fundamentally new approach to sound delivery that generates a highly directional, narrow beam of audio in the air that can be pointed to a very specific location. Similar to how a flashlight directs a beam of light, HyperSounddirects a beam of audio to targeted listeners in a specific spot, delivering an immersive, 3D-like audio experience. The Company's latest glass-based innovation opens up the doors for exploration into several future directional audio products and applications, including integrating into desktop monitors, desktop speaker systems, commercial displays, automotive and more. Essentially, anyplace there's glass there's now the potential for audio.