Online game publisher En Masse Entertainment has added MMO veteran Chris Lee, formerly the company’s vice president of publishing, has been promoted to CEO. Additionally, two new hires have boosted the company’s senior management team: Soo Min Park, formerly a vice president in multiple roles at NexonAmerica, has been hired as COO and will report to Lee, while Bryan Koski, formerly the group marketing manager for the Halo franchise at Microsoft, has taken the role of director of marketing. Koski joins En Masse after successfully launching Halo 4 (and previous Halo titles) along with other franchises such as Forza Motorsport and Fable in his previous position as a global marketing manager. In addition, Brian Knox, who oversaw the North American development of TERA, has been promoted to executive producer. 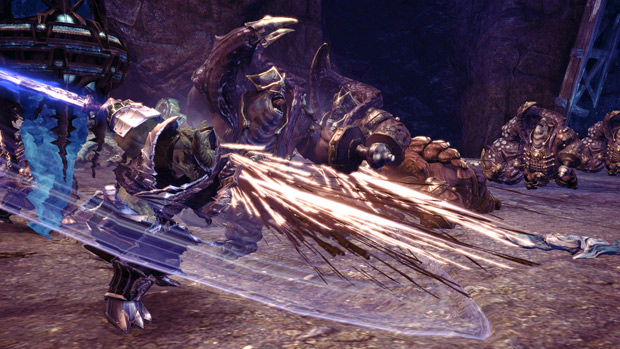 “The additions to our management team are all about building the foundation for a strong future in 2013 and beyond,” said Lee. “Publishing games in today’s marketplace requires a group of leaders with diverse backgrounds in order to succeed. Now, En Masse is in an even better position to bring fun and innovative games to players.”

Lee is a respected games industry veteran of more than 14 years who successfully managed the marketing for blockbuster franchises including Halo, Age of Empires, Need for Speed and Aion at Microsoft, Electronic Arts and NCsoft respectively, before joining En Masse Entertainment in 2009 as its first publishing VP. Lee worked with his team along with global partners to launch TERA in the Western market. The recipient of multiple industry honors and accolades, including Best PC Game and Best MMO at E3, TERA gives players the best of both worlds: the depth of a traditional MMO alongside the visceral gratification of an action game.

An experienced gaming executive, Park has worked in online gaming for more than 15 years, including a 12-year stint at Nexon where he held a number of management roles. Most recently, he was VP of technology at Nexon and previously held titles of VP of social game operations and VP of game operations at the online gaming company. As COO of En Masse Entertainment, he will oversee all company operations, including technology, localization and production. He replaces Patrick Wyatt, who left the company in 2012 but remains an external advisor.

En Masse Entertainment is a specialist MMO publisher based in Seattle, Washington. The company's mission is to use its expertise to bring stellar online games to new markets. TERA, En Masse's inaugural Action MMORPG project, was developed by Bluehole Studio, Inc. and launched in May 2012. The close-knit team at En Masse includes experts in online technology, game production, branding, community and localization, allowing them to bring online games to Western audiences at the highest levels of quality and cultural relevance.