Capcom originally released Okami onto the world in 2006 on the Playstation 2 and a few years later on the Nintendo Wii. The game was met with mixed reviews. While gamers seemed to have a love and hate with the game due to its uneven difficulty and controls, it quickly became a critical darling. Now Capcom has brought Amaterasu to life once in again, this time in HD on the Playstation 3. Does Okami HD withstand the test of time, or should have it been left in the standard definition era? Find out in our review. 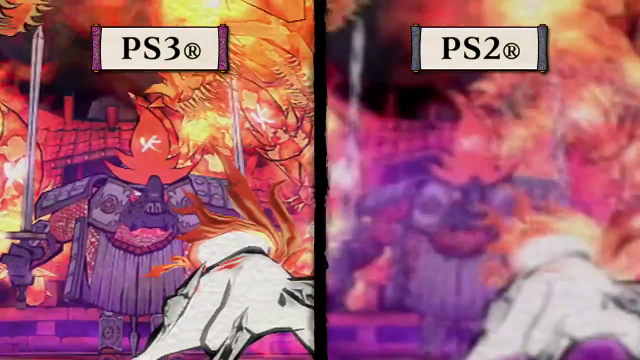 Capcom teamed up with HexaDrive, who previously worked on the Rez, to bring Okami HD back and it shows. Okami HD is absolutely beautiful to look at. The entire game is like a moving Japanese ink and watercolor painting. This HD upscale was done right and almost seems as if the game was created from the ground up. Beautiful colors fill the world of Okami HD and even when an area is overtaken by darkness, the world still manages to glisten with a supernatural beauty. The color palate used in the game is bright and lush. Playing this game is a true visual delight.