Batman Arkham City: Armored Edition Bulks Up For A Strong Wii U Release 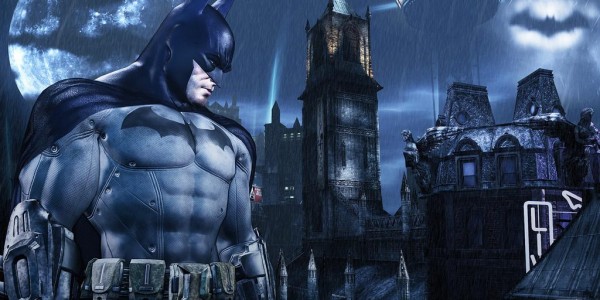 Last year, Batman Arkham City shook up the gaming scene, not only proving superior to the already excellent Batman Arkham Asylum, but also earning the nod as one of the best comic book games ever made.  Everything that could work for it does, and then some – the story, the environmental setting, the stuff you can do within the game, etc.  We're still playing it a year later, getting some mileage out of the Game of the Year edition with its DLC add-ons.  That's longevity for you.

Now, in the wake of that game's release, we've gotten a Wii U release, the much-hyped Armored Edition that comes with a few upgrades all its own.  Not all of them work to the game's benefit, but, honestly, if you were a fan of the game before and need something to get some oomph out of your new Wii U hardware, this is one of the better ports to do it with.

In case you've been living in a Batcave the last few months, here's a recap.  A city-sized prison has opened up, with Dr. Hugo Strange firmly in charge of it.  However, there's some dastardly plan he's cooking up, and Batman, getting captured as millionaire Bruce Wayne (and having Strange catch wind of his quick-change secret), gets inside to see what's up.  Already he's got his hands full, between needing to rescue Catwoman from the evil clutches of Two-Face and an encounter with a sickly Joker, but he needs to work fast to stop whatever Strange has in mind for the city's inhabitants.

Arkham City expands on the theme that worked so well in the original Asylum, with miles of city to cover and plenty of dark places to explore, some hiding some fantastic secrets.  The sheer joy of exploring it all and completing side tasks, like rescuing certain witnesses and stopping smaller crimes, doesn't stop with the Wii U version.  Every bit of content from the previous games is here, along with the DLC that also brings Robin and Nightwing along for the ride.