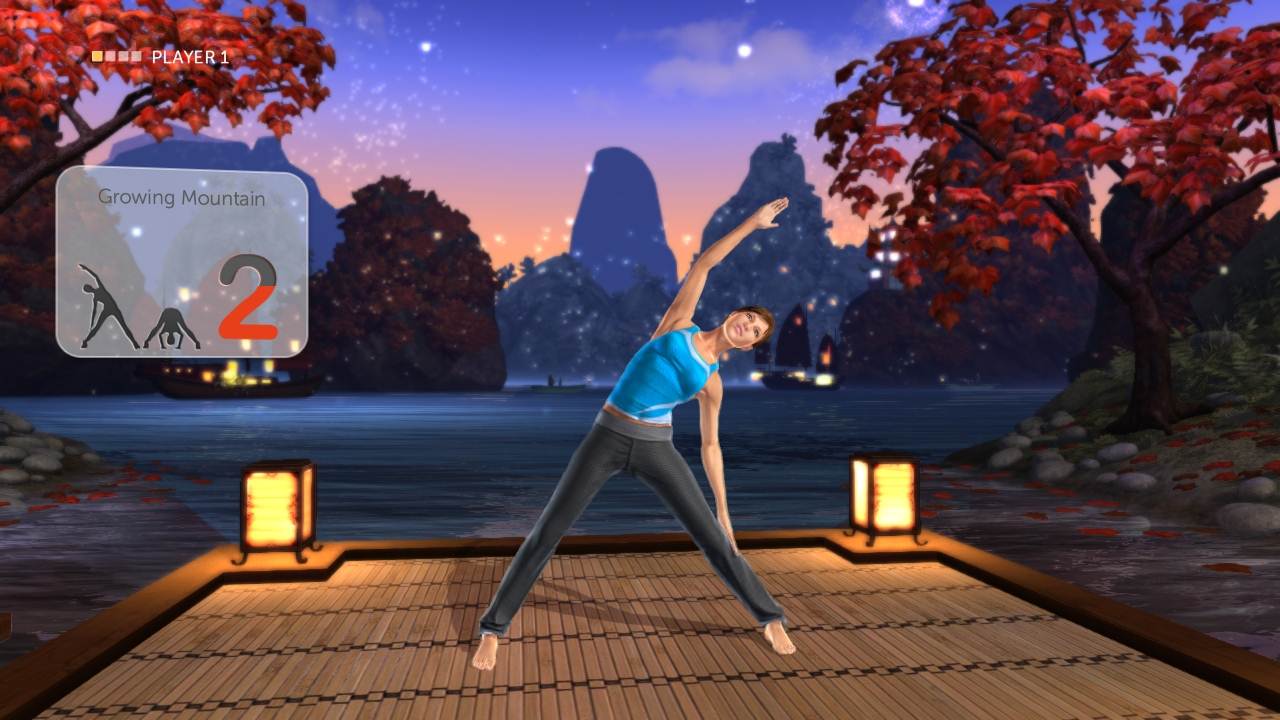 My calves hurt.  And no, not from doing a daily walk or trying to perform leg exercises from the gym.  It's actually from my Wii U.  As odd as it is to say that, it's not like I was trying to do crunches in front of my GamePad or even running in place for a particular exercise.  All I was trying to do – and heavy emphasis goes into the world trying – was perform along with Ubisoft's latest workout game Your Shape Fitness Evolved 2013.  But everything that can go wrong in an exercise game does here, and now I'm all achey – and not from calorie burn.

Let's start with the presentation, as there's nothing really here that couldn't have been done on the regular Wii.  The game features virtual trainers, both male and female, to show you the routines that you can do in the game.  It's one thing to follow a real person – like, say, Mel B. from her own workout game, or even Jenny McCarthy from previous iterations – than it is to watch a virtual trainer.  There's better identity with a human trainer, not to mention less room for error.  Watching an animatronic-style trainer just isn't the same, as you try – unsuccessfully – to replicate them in some ways.  The trainers also don't sound that convincing (so much for motivation) and the fact that the workout music is pretty unbearable (it's like the world's most generic DJ running the place -- you don't even get the benefit of a typical rock station playing in gyms) doesn't help.

Granted, some exercises, like the yoga, are hard to screw up, but considering the game doesn't track you that well to begin with poses another problem.  Rather than using the GamePad and the WiiFit board as the upcoming Wii Fit U will do, Your Shape simply involves either an old Wii remote and a Nunchuk.  Half the time, the readings aren't even that accurate – even if you're doing something like yoga.  As a result, no matter how hard you push yourself, half the time you'll just get an "OK" rating.  Granted, you could be collapsed on the floor, out of oxygen, and still muster an "OK" rating.  That's not saying much.

So the trainer is useless and hard to copy (since they're all Tron-ish and everything), and the gameplay is limited, and in some ways even worse with the cord that's connected between the Nunchuk and Wii Remote (thanks, but I really don't feel like breaking the cord while I stretch, Mr. Hotshot Trainer).  But it gets worse.  Your Shape offers the promise of creating your own workout, yet it's nothing short of an out-and-out lie.  You can string together activities into a workout routine, but there's hardly any level of customization here.