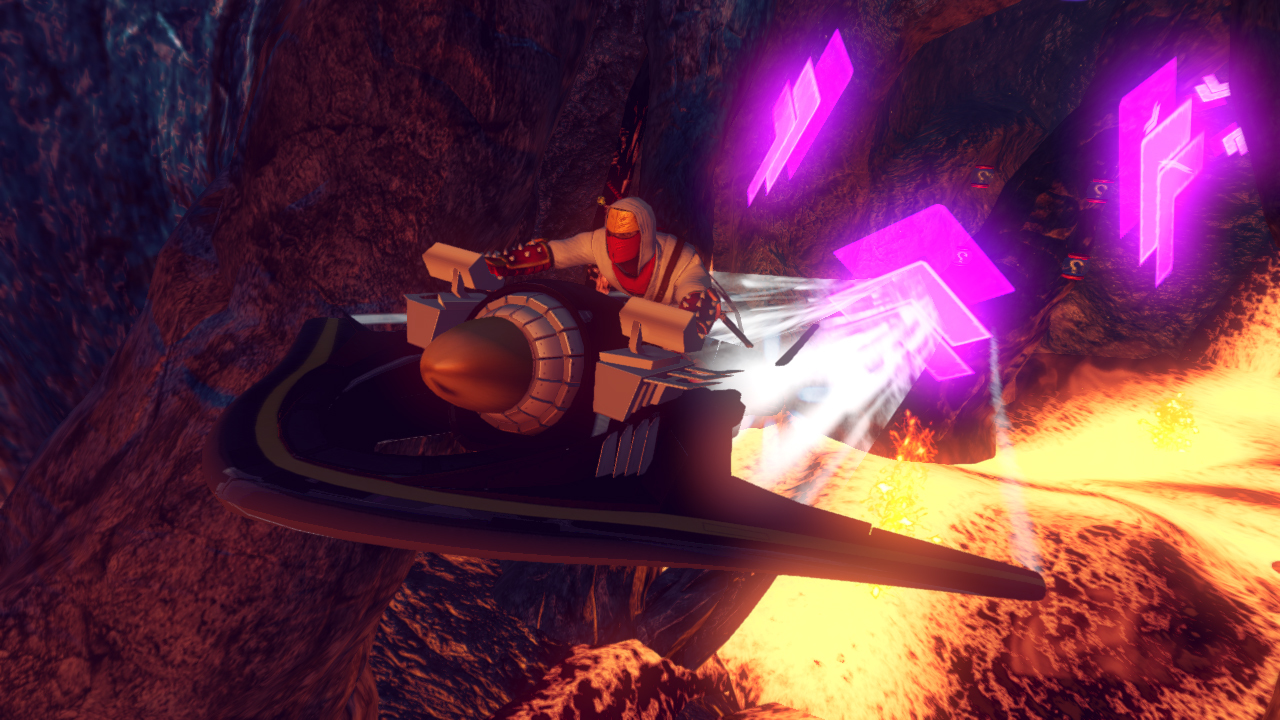 For years, it almost seemed like no one would be able to top Mario Kart when it came to mascot-based racing games.  After all, Nintendo could do no wrong in that department – even later-day sequels like Mario Kart Wii and Mario Kart 7 for the 3DS managed to hold their own, despite few innovations being added to the formula.  But now Sega's knocking on the door with its own divine racing game, Sonic & All Stars Racing Transformed – and it's doing so with a sledgehammer.

The concept is still simple in nature – you choose from Sonic and a slew of other Sega-based heroes, and either aim for a first place victory on the race track or in a battle arena.  However, the way you race actually changes up over the course of each lap.  Tracks change quickly this time around, and one minute you're driving on the road, and the next, your vehicle transforms into a boat on water or flying through the air.  It's this level of changing things up that makes All Stars Transformed less predictable than other kart racing games, and forces you to figure out some new strategies to keep the lead.  But don't let that fool you – the game's still all about having fun.

Sumo Digital is devoted entirely to Sega's formula with the design of All Stars Transformed.  Its cast of characters is unbeatable, especially with the inclusion of Golden Axe's Gilius Thunderhead (yes, apparently an axe-carrying dwarf can drive) and Vyse from Skies of Arcadia (on a…Steampunk kart?).  For good measure, Disney's Wreck-It Ralph and real life NASCAR driver Danica Patrick are also included, and fit right in to Sega's racing universe.

The tracks themselves are superb too.  Some appear to be repeats from the first game, especially levels inspired by Super Monkey Ball, Sonic the Hedgehog and Samba de Amigo.  Others, however, are incredibly fresh, like a romp through a Panzer Dragoon-inspired world (complete with a remixed theme to boot – wondrous) and an After Burner level with a LOT going on.  It really does something stupendous here, especially if you're an old-school Sega fan.  Watch out for the Outrun level.