The hunt for the mythical dragonballs begins again in Bandai’s Dragonball Z Budokai HD Collection. The collection collects the first and last games in the original Dragonball Z Budokai trilogy and presents them in HD. It is always a risk when a company decides to revive a popular franchise and Dragonball Z is a franchise known the world over. Is the HD remake as awesome as Flying Nimbus or is it a wish that the dragon should not have granted? Find out in our review! 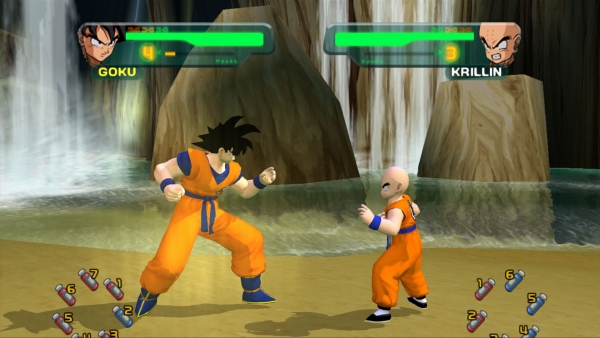 Dragonball Z Budokai was originally released 10 years ago, and even with the HD update it shows. This is not a bad thing, as nostalgia is front in center in this fighting game. Starting with Dragonball Z Budokai, once the game begins you are treated to the original Dragon Ball Z opening which will please longtime fans. The game is presented in the same format as the original, just with updated graphics. The game still looks great and has aged very well. Dragon Ball Z Budokai 3 is the better looking of the two, and is perfectly at home in the HD era. The cell shaded graphics of the characters really make them stand out and it gives them a unique and modern look. New soundtracks and a Japanese voice track accompany this new release and adds  a level of authenticity to the game.