Warriors Orochi 3 Hyper Loses Some Energy On The Wii U 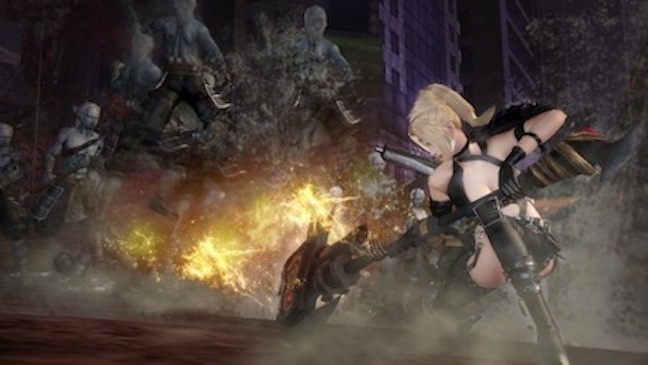 The Dynasty Warriors games have been going on for what seems like forever, with various releases in the main series and the Warriors Orochi spin-off entertaining buyers who love nothing more than killing thousands of mindless soldiers with very little effort.  Lately, though, Tecmo Koei has been trying to add new content to the series, including memorable characters (like Ryu Hayabusa from Ninja Gaiden) and some other interesting features.  And it continues to do so with the series' debut on the Wii U, Warriors Orochi 3 Hyper.

Like previously released versions, Warriors Orochi has a preposterous storyline – but one you can roll with once you come to accept it.  A devastating, unstoppable hydra is killing off all your friends from the Warriors universe, losses that are completely hard to accept.  So when an ally presents the opportunity to go back in time and save them – yes, time travel in a Warriors Orochi game – you jump at the chance, where various battles await you.

Warriors Orochi 3 Hyper gives you the chance to jump between three characters, and you'll unlock new ones over the course of the game, including exclusive ones like Shennong and Ninja Gaiden's Momiji, which you can use to form your own teams in Free Mode.  The general combat remains the same, however.  Whip suckers out of existence with modified combos, then use Musou-fueled super attacks to kill a few hundred more.

The gameplay has gotten a bit stale over the years, and Warriors Orochi 3 Hyper is no exception, as you're still just putting together the same combos with little tactical thought put into it.  But switching between characters is interesting, and there's some cool stuff in the new Duel Mode that's worth checking out.