F1 Race Stars Is Decent Fun, But Drags At Times 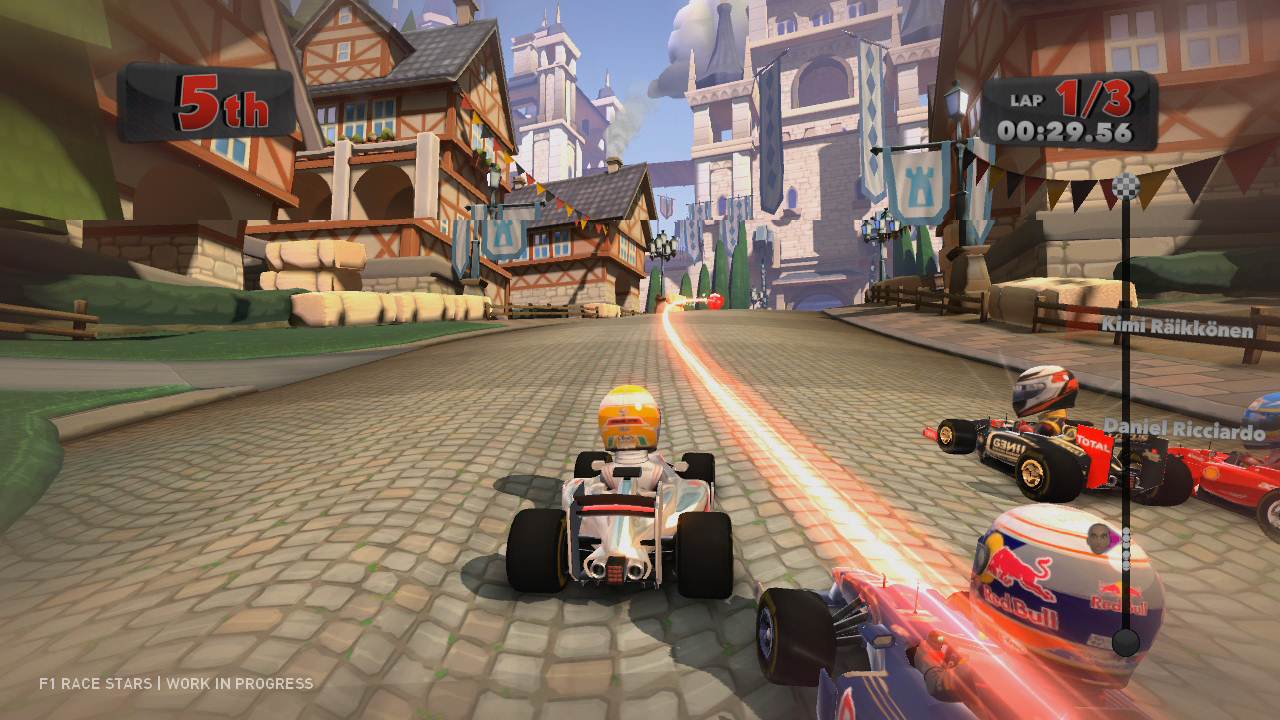 Of all the times for WB Games to release its anticipated kart racing game F1 Race Stars, mid-November probably has to be one of the worst.  Not only was the game going head to head against bigger titles like Halo 4 and Call of Duty: Black Ops II, but a far superior racing game, Sega's Sonic & All Stars Racing Transformed, was aiming to overrun it on every level.  That said, the company released it anyway, and while Xbox 360, PlayStation 3 and PC owners might appreciate its simplicity, it has a few flaws that keep it from taking the checkered flag.

In pure cartoonish fashion, F1 Race Stars features shrunken down F1 racing superstars behind the wheel of kart-like formula cars, including Jenson Button, Sebastian Vetten and Kimi Raikkonen, among others.  Your goal is to get first place in each race, while using an assortment of power-ups and boosts to gain – and maintain – the lead.  It's not rocket science, most racing games have followed this logic for years.

The game does feature a bright, delightful design to it, as each of the worlds you race through are filled with extraordinary detail and sharp locales.  One has you running through a quaint German village, with houses that almost seem like they stretch into the sky.  Others take you around the globe in stunning fashion as well, and you'll want to take in all the sights.  The only negative here is that the tracks are a little too long for their own good.  It takes what seems like forever to complete a lap.  If you're competing against friends, though, you probably won't mind the ride.

As for the sound, it's okay.  The developers decided to go with a worldly theme for each track, including plenty of upbeat ditties that, while hardly memorable, do make the racing go buy a little more easily.  The voice effects, however, are rather generic, as too often you'll hear racers that dial in their taunts and weapon effects.  Sonic's racing game, by comparison, delivers a far better experience, as you can actually hear the drivers getting into the action.  Here, it's way too casual.