Rise Of The Guardians Fails To Capture The Magic

Ever wonder what would happen if your childhood icons banded together and rose to defeat an ancient evil that preyed on your nightmares? With Dreamworks’ Rise of the Guardians: The Video Game you can find out. In Rise of the Guardians, players can switch between Nicholas St. North, E. Aster Bunnyman, Tooth, Sandy, and Jack Frost or as you know them Santa Claus, the Easter Bunny, the Tooth Fairy, and the Sandman. In a world where children are beginning not to believe in these heroes, does Rise of the Guardians bring the light of hope or the darkness of disappointment? Find out in our review! 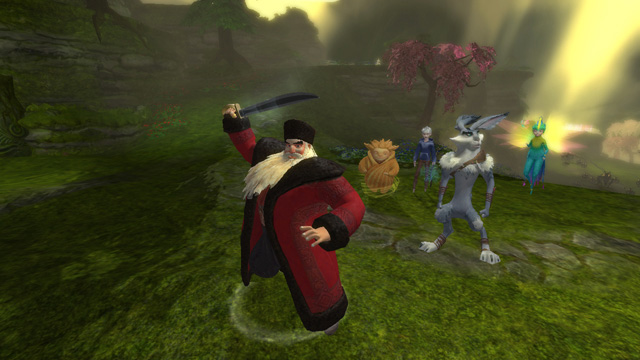 The level detail is flat and boring.

Once Rise of the Guardians begins you are treated to a beautiful animated, seemingly hand drawn, cut scene that sets up the story of the game. The evil Pitch Black, better known as the Boogeyman, is focused on dismantling the belief children have in the Guardians, which will cause the Guardians to cease to exist. The cut scenes are beautiful and unfortunately are the best part of the game. The game takes a top down perspective and the environments range from boring to abysmal. To Torus Game’s credit each level, which is designed after the Guardian who inhabits it, looks different and unique to that character, but the lackadaisical level detail is disappointing. Granted, this game is directed towards children, but that does not mean that the developers should assume that children would not appreciate level detail. The character models fall into the same category. While you can tell the characters apart, none of them carry the essence of the legends they represent. Gameplay as well does not live up to the Guardian name.