The Walking Dead: The Suicide King Keeps The Action Tense 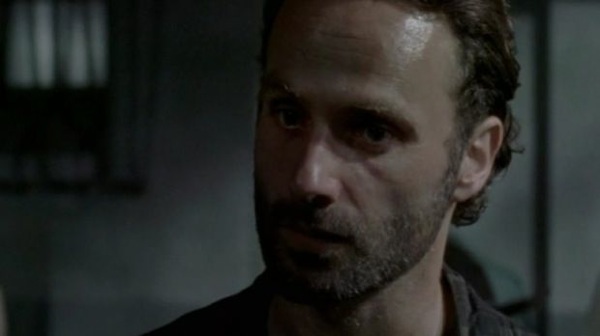 The Walking Dead picks up directly where it left off after an agonizing nine-week winter break. Daryl and Merle are to fight to the death while The Governor perversely watches the action. It’s the human version of a dog-fighting rink, with the added delight of flesh hungry zombies.

I know I didn’t expect Merle to actually go after Daryl, even though he is notorious for doing whatever it takes to get out of sticky situations. Hell, he cut off his own hand to escape his rooftop prison. Color me shocked to see him sucker punch Daryl without even blinking an eye! His faintly choke-grunted phrase, “Just follow my lead, little brother, we’re getting out of this” was hardly reassuring after he beat the daylights out of fan-favorite Daryl.

Just when you think there’s no way both of them are going to get out of this mess (especially after they bring in the slobbering living dead), the gun-slinging heroes come in to reign holy terror on Woodbury. Their fury is unleashed as Rick and Maggie even shoot down some townspeople. Merle manages to switch sides rather quickly in order to stay on the right side of the barrel. He escapes with the dream team.

In the burgeoning daylight, they meet back up with Glenn and an ailing Michonne. The second both of them see the deranged redneck, Merle, the guns and swords are drawn. There’s a tense standoff with everyone pointing a weapon at someone, a lot of yelling, and Merle’s own version of witty stand-up.

Do you have what it takes to make it to the peak? Find out in our review!