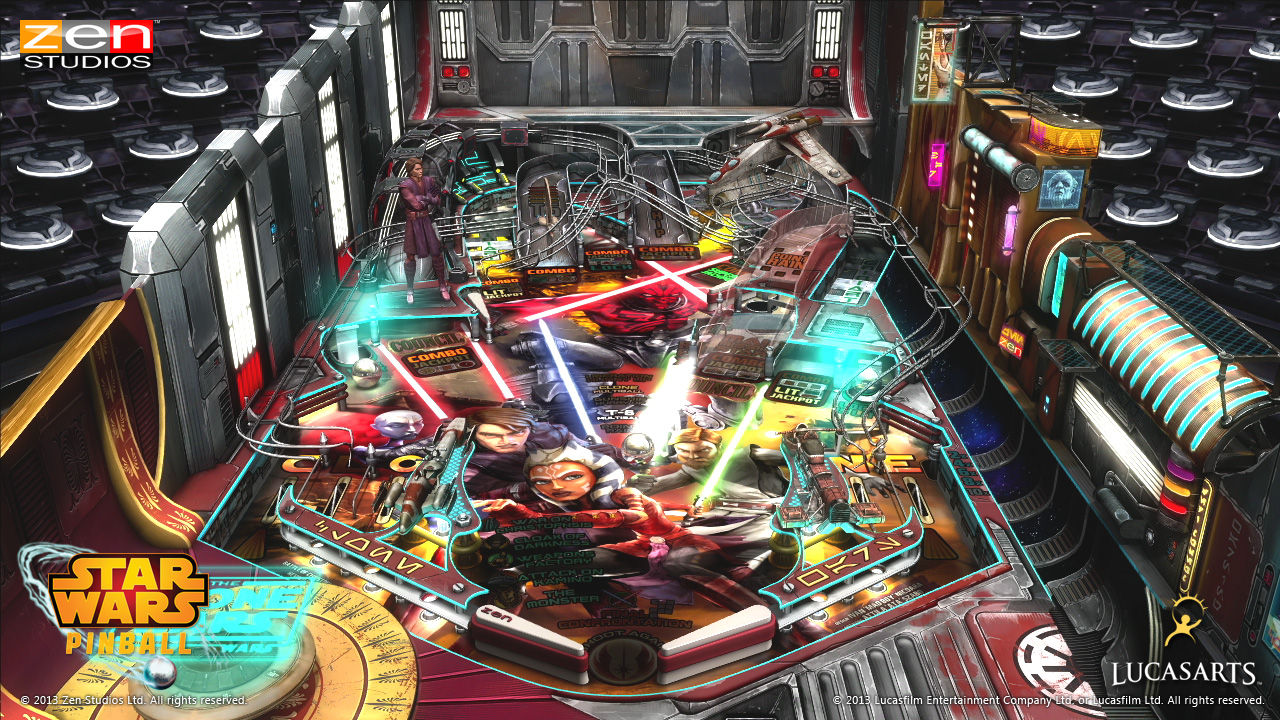 If there's one thing that Zen Studios has a knack for, it's pinball design.  I dunno if these guys just live in a barcare surrounded by pinball machines or just sit around the office all day tinkering with bumpers and plungers, but they get pinball.  And they've proven this time and time again with their offerings for both Zen Pinball 2 on PlayStation Network (and iOS) and Pinball FX 2 on Xbox Live Arcade, two games that we never get tired of.  Just recently, we booted up Plants vs. Zombies again just to see who would fare the best in scoring.  (And, of course, I conquered all.)

Now, after taking on the Marvel universe for a while, Zen Studios has moved on to Star Wars, striking a deal to design ten tables based around the Disney-acquired franchise.  The first three tables are out today for PlayStation Network, and coming tomorrow to iOS and Xbox Live Arcade – and you'd be a damned fool to pass these up.

The three table designs really give you an idea of what Zen Studios wants to do with this universe.  You have The Empire Strikes Back, based on one of the best movies in the series; Boba Fett, a table designed with the intergalactic bounty hunter in mind (complete with the Sarlacc that supposedly devoured him); and Star Wars: The Clone Wars, based on the Cartoon Network series of the same name.

Each table is painstakingly crafted to match the ambience of each theme, a tradition that Zen Studios continues to stick to.  The best of the three easily has to be Empire, mainly because you have all sorts of skill shots, as well as a pop-up Darth mask in the middle of it all to accept balls for bonus rounds.  The artwork is quite authentic as well, with Luke and company featured right there on the main part of the table, along with light-up ramps and displays.