The Journey To Hell Has Begun

A once decadent world has been ravaged and devoured by demons that now wonder the Earth. The only thing standing between them and the complete annihilation of the human race is Holy Shield, a secret organization that has preserved the balance of good and evil for thousands of years. In Journey to Hell players assume the role of a member of the Holy Shield and attempt to save was left of mankind. Is Journey to Hell mobile gaming’s salvation or would it have been better left extinct? Find out in our review!

Gabriel is ready. Are you?

Journey to Hell looks remarkable. We reviewed the game on the iPad and were impressed with the results. Once the game begins, players can select one of two members of the Holy Shield. Gabriel uses brute force and Rachael uses agility. Both characters play differently and will have different upgrades specific to their abilities. The story is told in chapter format and the cut scenes are shown through awesome dark and edgy comic book panels. The presentation and sound has a real grindhouse feel to it. The game is primarily shown from the third person perspective during story mode but changes to first person during hunt mode. The over the shoulder camera angle is a little tight for my tastes. I know it was there to instill horror in the player but it becomes problematic during combat similar to the problem that Resident Evil 6 had. The environments of Journey to Hell range from open spaces to tight corridors but none are terribly detailed. Still, the graphics are very good for a mobile game and sound feels authentic. 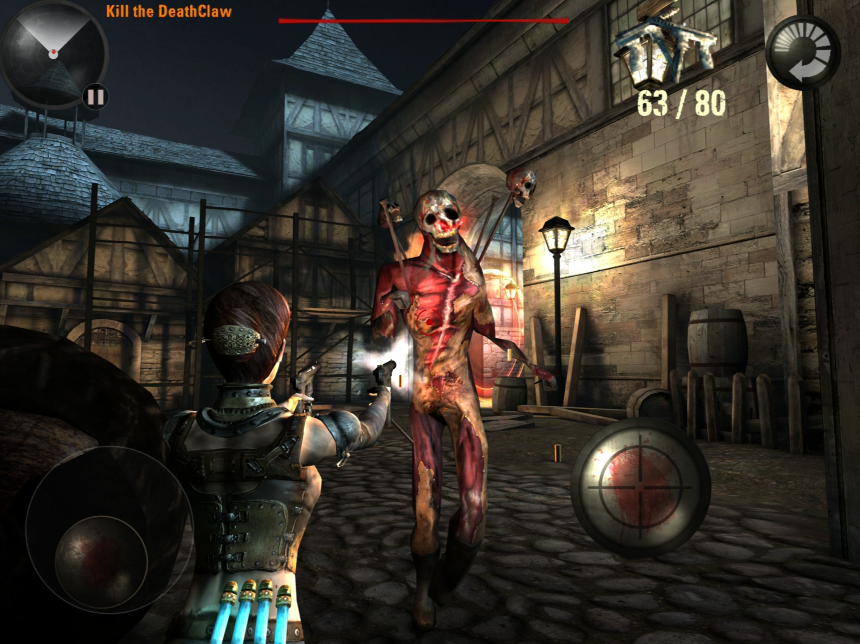