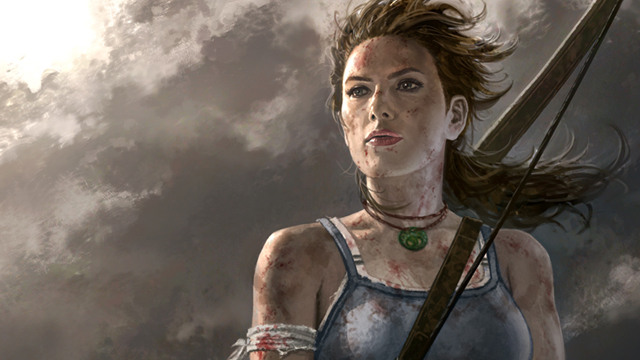 It's been a while since we've heard from Lara Croft, one of this generation's most recognizable icons.  She last appeared in the big-budget Tomb Raider: Underworld, a game that didn’t fare as well as Eidos had hoped, mainly because it was treading on territory we've seen before.  She also appeared in the lively downloadable adventure Lara Croft and the Guardian of Light, which came to an end a lot sooner than we preferred.

But those adventures are in the past, because the latest Tomb Raider, which hit stores this week, presents a dark new setting for the heroine.  It actually tells of her upbringing, as a 16-year old setting sail with a crew aboard the Endurance for adventure.  She finds it when the ship is wrecked at sea, and comes across a group of mercenaries who don't exactly take well to visitors.

What follows is a startling adventure that's worth checking out, from beginning to end.  That's because Crystal Dynamics does an amazing job showing Lara's growth, from frightened young girl to all-out gutsy broad, slowly getting into the tradition of taking out enemies and exploring the island with every bit of her skills.

And leave it to the developer to keep real danger included every step of the way.  If the player isn't careful, Lara can easily succumb to even the most simple of situations, such as being mauled by a wolf or getting impaled by a group of branches.  The team did a superb job pacing out the gameplay so that it feels just right, between the gunplay, the awesome dodge mechanic, the ever-present (yet solid) quick time events and the occasional puzzle solving.  It all blends together into an experience that surpasses Croft's prior duds, Underworld included.  (Sorry, it just came up short in a number of areas when it should've pushed forward, like this game does.)