Justice Is Served With Injustice Gods Among Us Mobile

By now you have heard the story behind Injustice: Gods Among Us. The Joker decides to switch dancing partners and destroy Metropolis. In the process, he tricks Superman into killing Lois Lane and their unborn child. In response Superman creates a new regime of superheroes that want to truly take justice into their own hands. In response, Batman creates an insurgency to uproot the tyrannical Superman from power. While Injustice hits consoles today, the free to play mobile game is available now as well. Find out if its worth the download!

Whose Side Are You On?

The presentation of Injustice: Gods Among Us mobile is fantastic. We reviewed it on the iPad and the graphics are very detailed and are as close as you will come to console graphics. The character models look great and appear to have jumped right from the pages of the Injustice comic and into the game. Every character’s distinct traits are there and there is a sense of authenticity that is hard to come by. Catwoman’s claws gleam and Green Arrow’s knife on his bow beckons to be unsheathed. 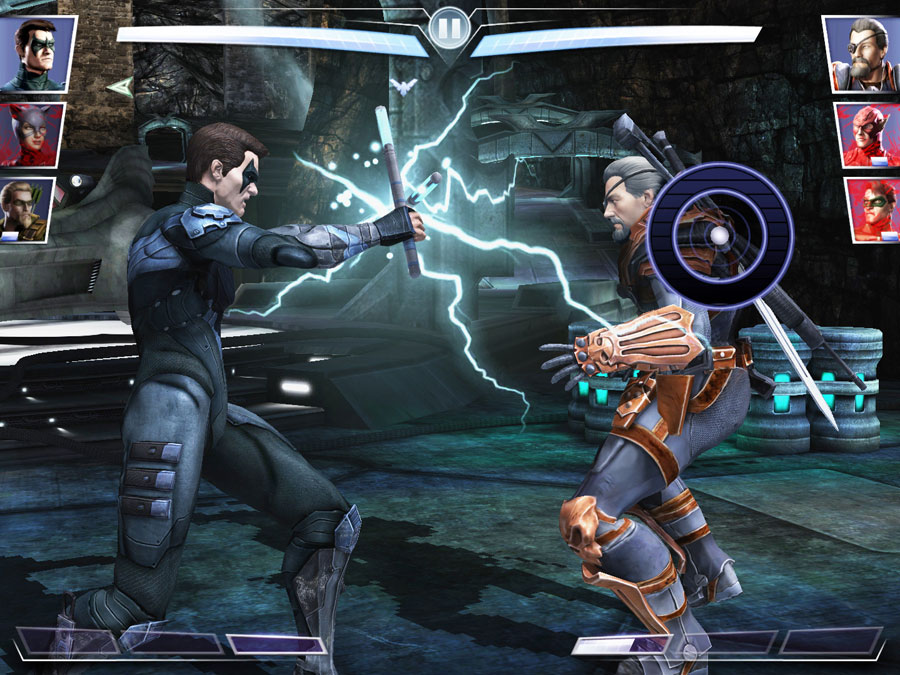 The Detail In the Character Models Is Impressive.