Injustice: Gods Among Us Soars To Greatness 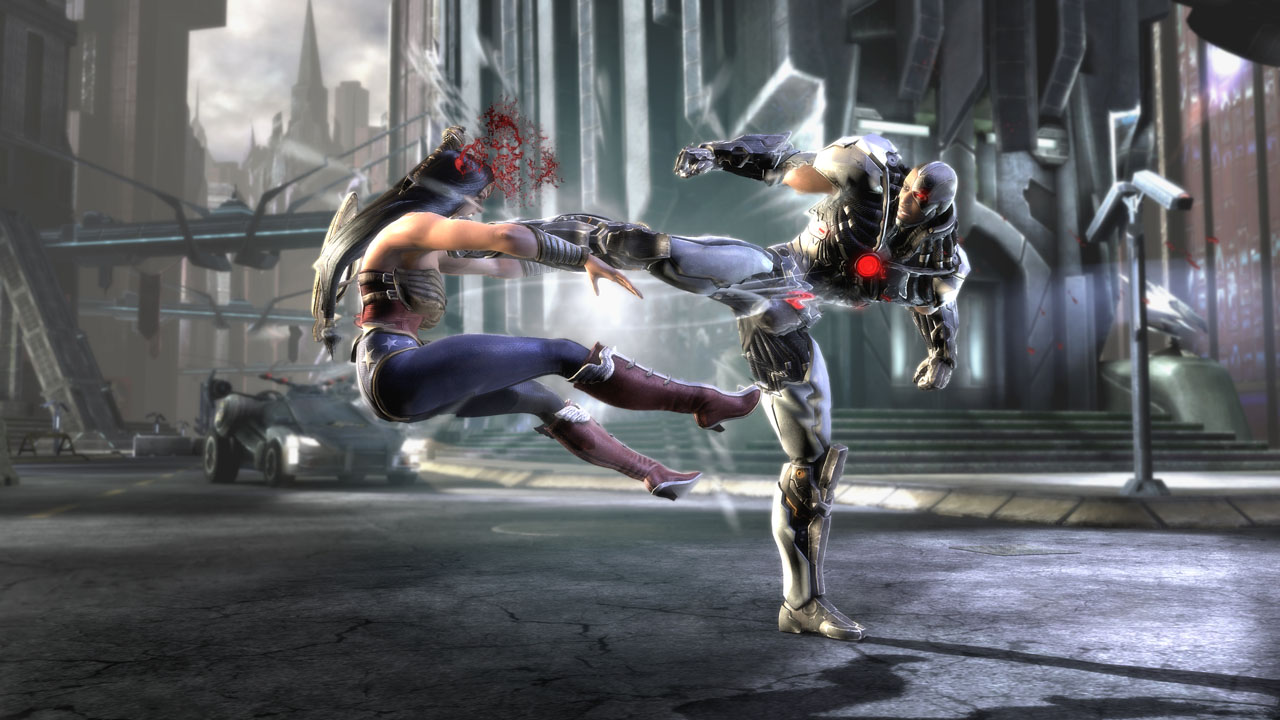 When Mortal Kombat vs. DC Universe came out a few years ago, I actually got a kick out of it.  While it didn't quite match the level bravado that the Marvel vs. Capcom games mustered, there was still something great about it, whether it was the way Joker performed his (off-screen) fatality or the way the gameplay clicked.  But many people shunned it, mainly because it took the Mortal Kombat franchise down to the mature level that so many people flocked to.

But now Netherrealm has made amends, at least as far as they're concerned.  Two years ago, it turned heads – literally – with a heck of a Mortal Kombat reboot, and now it's DC Comics' turn for fighting glory with Injustice: Gods Among Us, a game that covers every single base it possibly can in terms of enjoyment.  Comic book fans will come for the story and stay for the fighting; fighting fans will dig into the action and see just how amazing the story is.

The game's tale does delve a bit into comic book lore here, and I won't spoil details, but let's just say it revolves around a catastrophe in Metropolis, dividing into two universes where heroes and villains aren't what they seem.  It's this kind of story that really digs in, covering a huge array of characters and avoiding going for cheap pratfalls.  This is the kind of story mode that Capcom needs to pay attention to for its future fighting efforts.  It's that good.

But story is only part of the picture.  The fighting itself is splendid, really feeling like its own entity while borrowing a few elements from the Mortal Kombat series.  You'll utilize special moves with characters across the board, while also interacting with the environment to turn the tide in your favor.  In addition, the Super Moves, a little more cinematic than they need to be, are still remarkable, especially when Batman plows into someone with a computer-operated Batmobile.  POW!, indeed.