Rayman Origins Slips a Little On the Nintendo 3DS 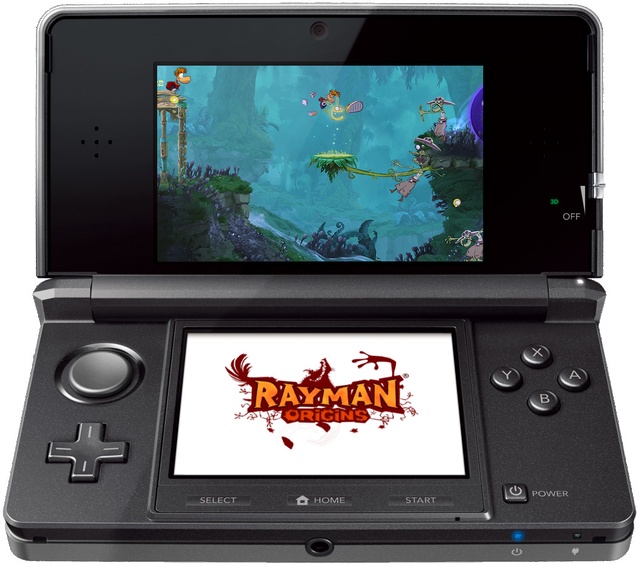 Timing is everything.  If you release a game that came out on previous platforms at a later time for another one, players can think a number of things, such as whether this is the "definitive version" or, even worse, left wondering what could've held up the conversion to begin with.  So was the case with Rayman Origins for Nintendo 3DS, a game that arrived pretty much about a year past when the previous ones did for Xbox 360, PlayStation 3, and even the PS Vita.  However, the game turned out fairly well, despite the fact it's hardly the "ultimate version" that Ubisoft could've made it out to be.

Rayman's story is similar to previous games, with Rayman, his buddy Globox and a pair of small, micro-sized buddies setting out to destroy enemies and rescue captive gems from cells, while collecting as many other alternate gems as they can to complete stage.  Most of the game is made up of platforming antics, although there are shooter segments, involving mosquitos, which add some freshness to the proceedings.  Plus they're really good for collecting those extra gems you miss out on, if you're one of those people that like playing catch-up.

The 3DS version has been in development for some time, and we were wondering if it would even make its way out.  But it did, and despite the delays, it's a pretty good adventure.