Far Cry 3: Blood Dragon Certainly Gets Crazy, But Benefits Admirably From It 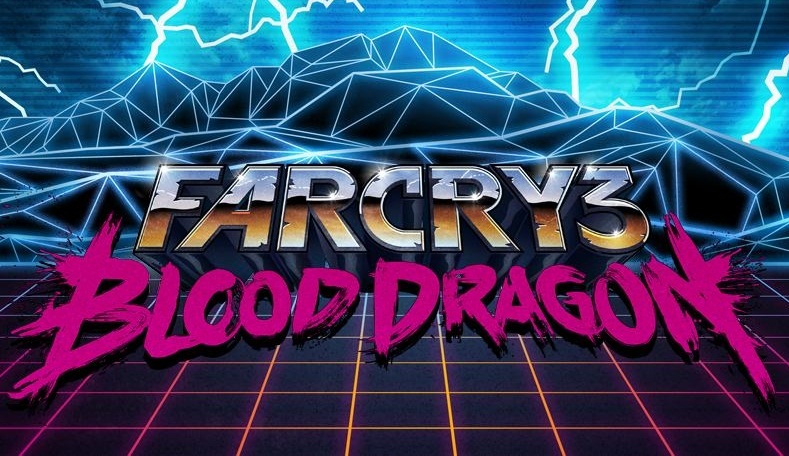 I took a good look at the promotional poster Ubisoft sent me for Far Cry 3: Blood Dragon and knew I was in for something special.  Rather than sitting there and pondering, "Wait, when is 2007 considered the future?", I played along with it and immediately replied, in my best Zero Wing-style voice, "What you say!"  That's the tone that Blood Dragon is supposed to be taken in – you're supposed to have fun with it.

Though it's called Far Cry 3: Blood Dragon for a reason, you don't need the original game to play it – though it's safe to bring a similar understanding of it.  Like that game, you'll be free running around a futuristic environment, whether it's on foot or in one of the game's many supplied vehicles, creating mayhem for enemy soldiers (who are conveniently lit in red) while taking over checkpoints and completing missions.

Other than that, though, Blood Dragon couldn't be any more different.  The game has a futuristic design to it – if it were conceived in the 80's, that is – with glowing space stations, fields that light up with fire and neon colors, underwater skirmishes with nuclear-shaded sharks and other little touches that make this seem like a world Dolph Lundgren would've run through after tussling with Sly Stallone in Rocky IV.  It even has dinosaurs that shoot laser breath at you, and hunt you viciously if you're not careful.  (Pay close attention to their skin color – if they're green, you can sneak past with ease; if they're red, run like a mofo.)