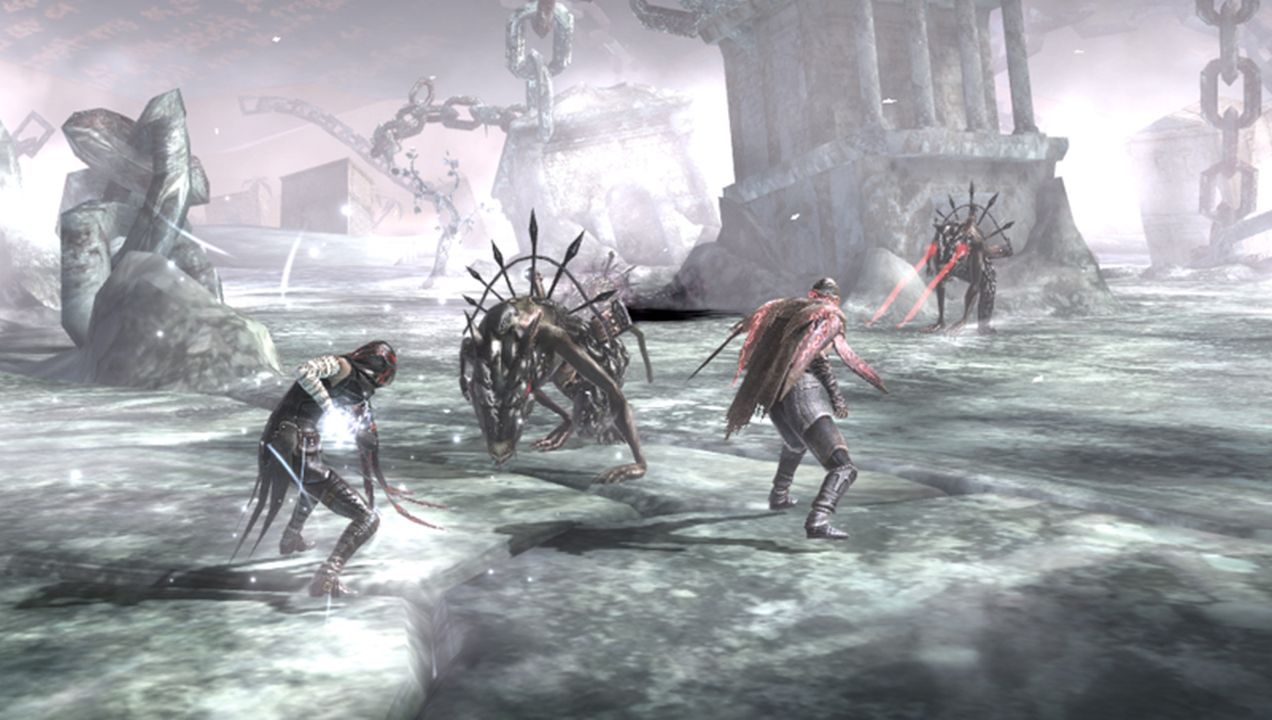 There's a fascinating story behind Soul Sacrifice, one that goes two ways.  The first is how it gives weight to the PlayStation Vita library, when it's in such need of it, just over a year after its initial release on the market.  Not that it's a bad system, it's simply in need of more original games.  As for the second, it's a departure from the norm for Keiji Inafune, a man who spent years crafting Mega Man's legacy for Capcom.  This game is a far cry from what he normally does – and that's really a good thing.

But all this effort is for naught if the game isn't any good.  But, thankfully, Soul Sacrifice is.  While it can't quite shake free of the Monster Hunter-like foundation it's built upon, it's more fun than you might've expected it to be, thanks to some interesting sacrificial decisions and plenty of fun both in single player and co-op.

The story has you portraying a poor soul captured by a powerful sorcerer, just waiting to be sacrificed yourself.  But it doesn't have to be this way, as a talking book (no, not the Necronomicon – probably its brother) comes along, explaining that it can help you gain the power you need to overthrow the sorcerer.  You do this by literally flipping through the book pages (using the touch-screen) and reliving its stories from your own point of view, defeating monsters and gaining new spells and techniques as a result.

Though the tale does drag in places (we skipped dialogue more than once), it's still a good one, and leads into an even stronger game experience.  Soul Sacrifice does have some items in common when it comes to hunting after beasts and capturing their souls to do whatever you wish, but it does so much more quickly – you don't have to cover miles of land to get to your destined battle.  You're right in the thick of it.  Boom.