Lego Batman 2 Is A Suitable, If Flawed, iOS Offering 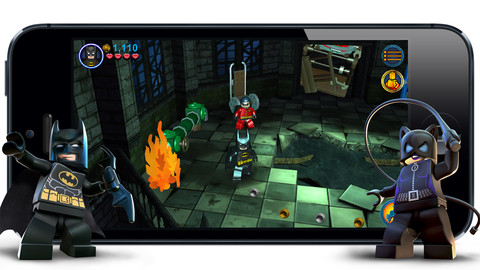 Lego Batman 2: DC Super Heroes made a sizable dent last year when it was released for both consoles and handheld platforms, even though the two versions were like night and day.  Obviously the better version was saved for consoles, where players could explore a huge city and take on a cavalcade of villains while playing as Batman and other heroes.  But that's not to say the portable versions were rubbish, just "pint-sized".  Still, for on-the-go entertainment, they weren't bad.

And now the latter version has found its way to the iOS front, at a much more manageable price of about $5 – a mere fraction of what the original $40 version went for.  And while there are some limitations to overcome, mainly with the controls, you'll find this to be a sizable app to fulfill your superheroic needs.

The game's story has you taking on the Joker and Lex Luthor, who have teamed up together to bring their diabolical schemes to Gotham City.  With the help of Superman and other heroes that join your cause, Batman and Robin set out to save the day.