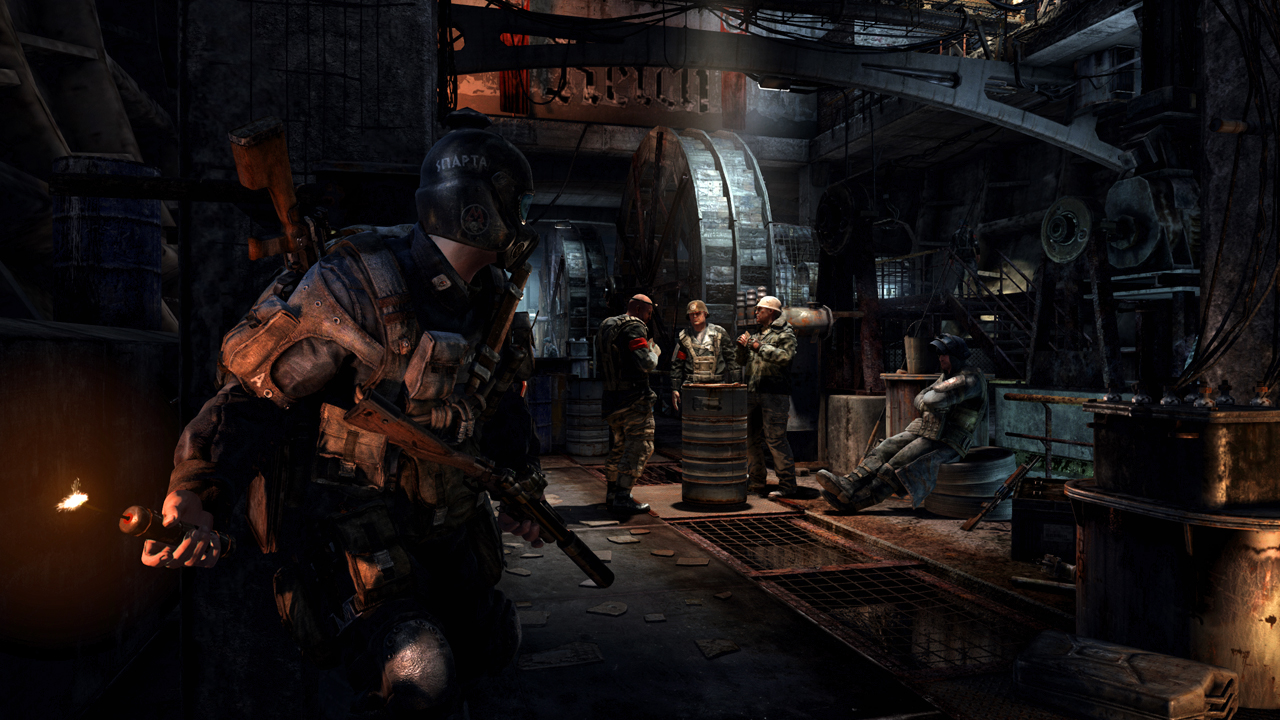 Metro: Last Light has finally been released, and I was highly anticipating this game. I was in lovewith Metro 2033, and could not wait to see how much Deep Silver games could improve from it. This title was developed by 4A Games, and is available for the Xbox 360, Playstation 3, and Microsoft Windows.

Last Light is a horror-survival game in which you are put in the shoes of Artyom for the second time. Artyom is a ranger living in the depths of a Moscow metro, fighting both man and mutant above and below the post-apocalyptic land. After a nuclear bomb is released on Moscow, survivors fight against each other for remaining resources in ways that just might end humanity. Metro: Last Light uses the same currency as the last one with the military grade ammunition, which you could either use for an added damage bonus, or spend it on other needs thought the game. When coordinating your way through the metro, you need to use multiple strategies to undergo all types of situations. Using tools like a light indicator, which tells you if you are visually exploited due to light. Also, a timer on the watch next to the indicator tells you exactly how much time you have left on the filter, which is extremely vital because if you don’t pay attention to this, you may end up like the rest of the people above the metro... DEAD.