Iron Man has not had great success as a solo act in the realm of video games. Each solo outing that Shell Head takes, is met with tons of negative criticism and distain over the graphics, gameplay, and overall existence. Now, with Iron Man 3 soaring to the top of the box office, Stark is trying his hand at video games one more time. Gameloft has brought Iron Man 3 The Game to mobile devices. Does this game finally capture the sprit of Iron Man? Find out in our review! 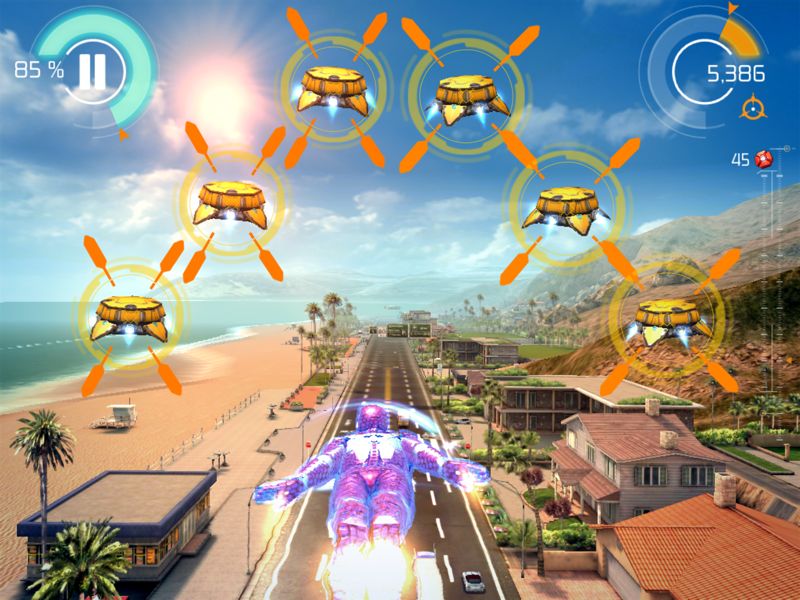 Iron Man takes to the skies to battle AIM.

Iron Man 3 takes place after the events of the Iron Man 3 film. Don’t worry; there are no spoilers here. Stark must deal with what is left of the AIM Corporation. Iron Man must face off against some of the biggest enemies from his comic book rogue gallery. These enemies include the Crimson Dynamo, The Living Laser, and Ezekiel Stane. Iron Man will also face off against the one and only M.O.D.O.K.! On your way to defeating these villains, you will unlock Tony Stark’s Iron Armory and gain access his amazing suits. This is done through gameplay. 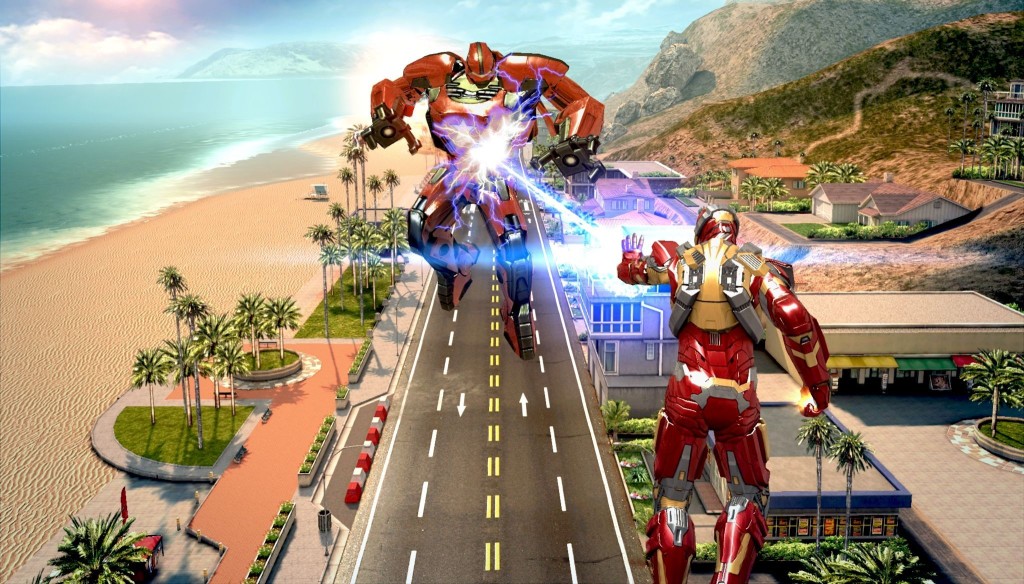 Iron Man 3 plays much like the very popular Temple Run. The game is an endless flyer. You control Iron Man as he soars through the skies and takes out the AIM forces in his way. Swiping left to right controls the flight path of our favorite iron hero. Swiping on the screen also takes out the enemies in the game. While this simple approach is makes the game accessible for everyone, the controls are not as tight as they should be. There is a subtle lag at times when swiping, especially when the action gets heavy on the screen. Still the simple controls are welcomed and fun.