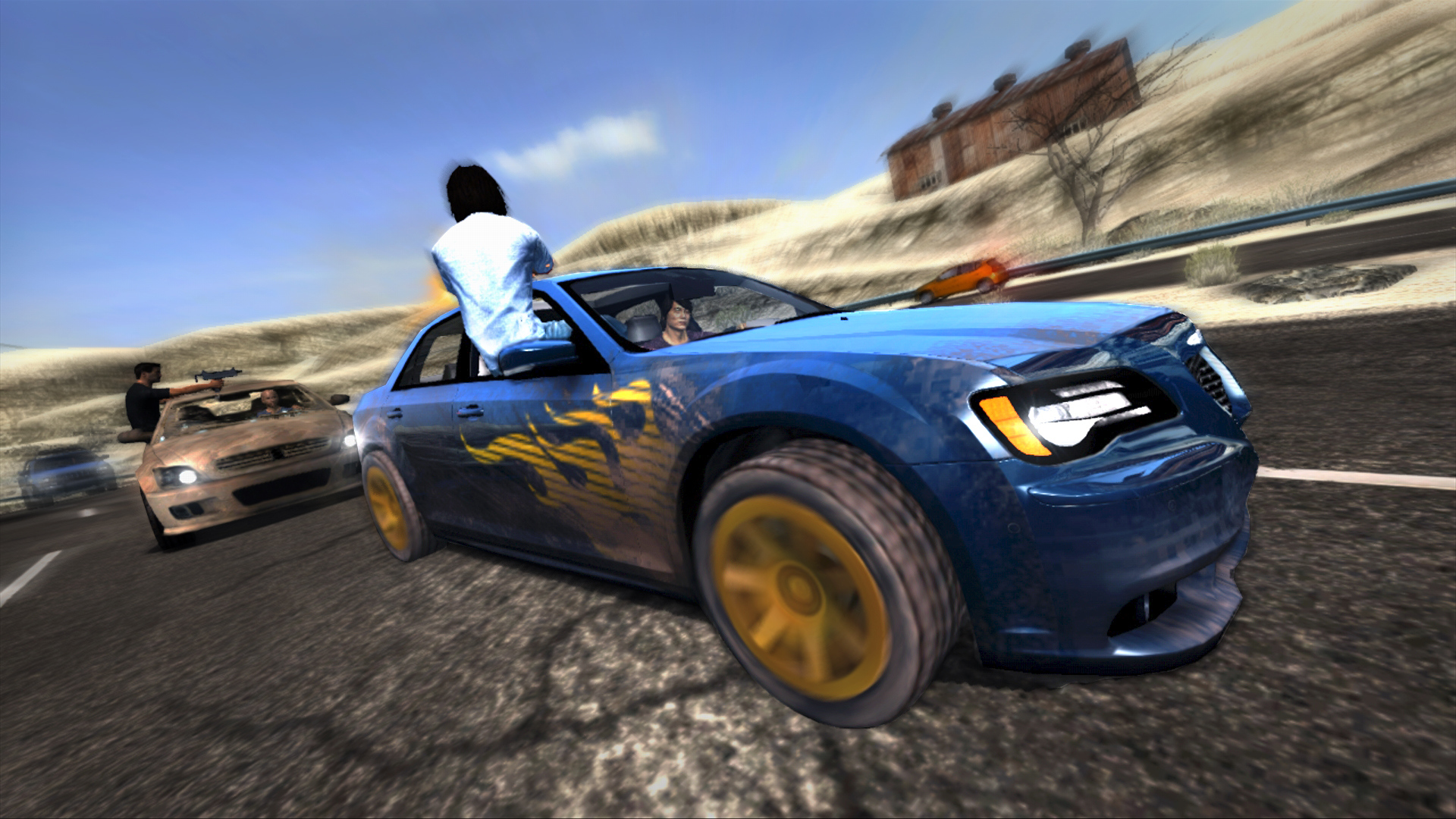 Activision can be a strange company sometimes.  On the one hand, you have quality efforts that manage to stand the test of time, like the sleeper hit Transformers: Fall of Cybertron and, of course, the best-selling Call of Duty: Black Ops II.  On the other, you have games that are merely released for the sake of their license, with no real effort put into their development.  Last month, we had to suffer through The Walking Dead: Survival Instink (I know it's Instinct, but that dubbing fits it well), and this month we have Fast & Furious: Showdown, a game that revs its engine but it goes nowhere fast.

The development team had a good idea in its grasp when it chose to recreate some of the events from the movies for the game, including the thrilling bank heist that concluded Fast Five (with two sports cars dragging a super-sized safe through the city streets) and the ability to use the awesome Flip Car from the just-released Fast & Furious 6.  But, seeing as how it had very little talent to spare, it's taken these scenarios and laid them to waste.

The safe sequence is nothing short of boring.  The developers failed to utilize any sort of strategy of actually using the safe as an offensive weapon, like Paul Walker and Vin Diesel do in the film, and just say "look, get from point A to point B".  The driving feels completely unexciting, to say the least, and the in-game bugs keep you from even coming close to enjoying the ride.  Even if you team up with a friend, it goes nowhere fast.  There's not even a hint of the wanton destruction caused in the film.  It just coasts along on its own blandness.

Then there's the Flip Car.  Awesome in design?  Yes.  But it feels like a sluggish machine, barely with the kind of handling to keep you from scraping along the walls.  Worse yet, when you do activate the ability to flip cars over, it comes across more as sad than relentless.  Hitting cars feels uneventful, and, again, there's no sense of strategy, just "vroom vroom oh look I don't take any damage".  The lack of any sort of touch that makes you feel like you're taking part in a Fast & Furious event is something that sinks this game down many levels, very quickly.