Muramasa Gets A Splendid Rebirth On The PS Vita 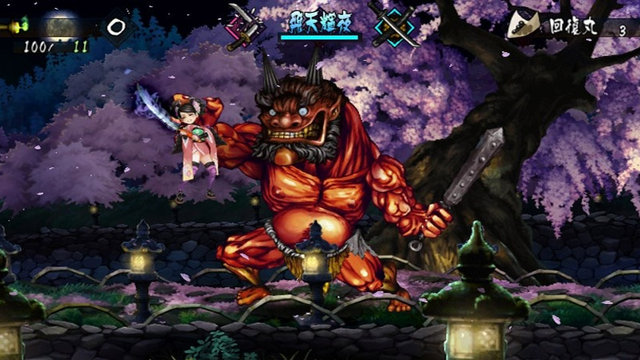 Not everything that was released for the Nintendo Wii ended up being shovelware.  There were quite a few diamonds buried in the rough, among them the gorgeous hack-n-slash adventure game Muramasa: The Demon Blade.  Put together by the team at Vanillaware (Dragon's Crown, Odin Sphere), the game featured luscious visuals and a compelling blend of questing and hacking through dozens of enemies.  The motion-controlled gameplay left a little bit to be desired, but we still couldn't get enough of it.

Now the game has made its way to another system, and while it's not the high-definition transfer to Xbox Live Arcade and PlayStation Network that we dreamt of, it's the next best thing.  Muramasa Rebirth has arrived for the PlayStation Vita, and makes for perfect on-the-go fun, especially if you're looking to play in a more traditional sense than you could on the Wii.

The game takes place in the medieval Japan era, around the 17th century, where you choose from two characters – Momohime or Kisuke – as you carve your way through enemies and complete assigned quests, which are usually highlighted by a flag appearing on a map.  These points are easy enough to get to, though the game still relies heavily on making you work to get from section A to section B.  There is no fast warp here, so you'll need a little patience getting where you need to go.

The Deer God Reborn On Nintendo Switch For The Holidays

Deer on Christmas, what are the odds?